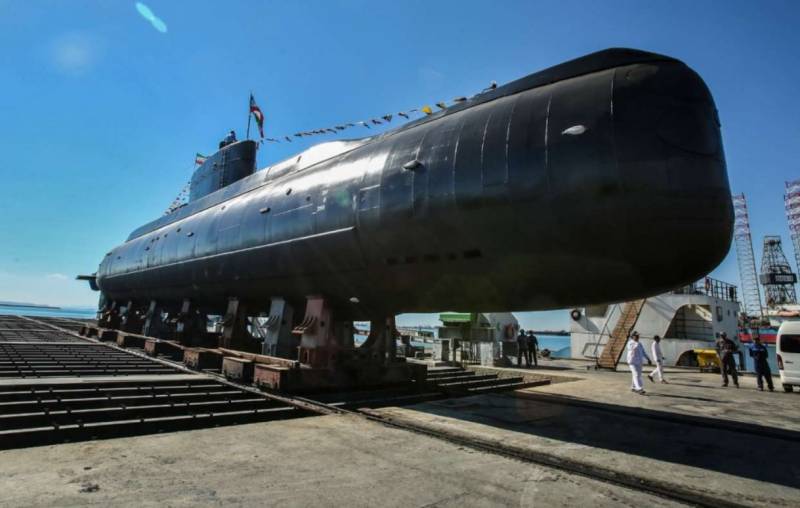 Recently, two significant events took place in the field of international security. The leaders of the Western world have agreed never and never to allow Iran to acquire nuclear weapons. In parallel with this, the US allies asked Washington to retain the right to the preventive use of nuclear weapons. Coincidence? We don’t think so.


Last Saturday in Rome, the heads of the United States, Germany, France and Great Britain issued a communiqué with the following content:

We expressed our determination to ensure that Iran can never manufacture or acquire nuclear weapons.
At the same time, Washington made it clear that the "diplomatic solution window" will always be open for Tehran. Quite a peaceful wording, even unusual. Why did it happen?

Practice has shown that Americans are insolent with the weak and circumspect with the strong. With those who can backtrack, causing unacceptable damage to the United States, Washington prefers to act by the method of sanctions and negotiations. These, of course, include the members of the so-called "nuclear club". Judging by the incoming reports, Iran has come close to creating its own nuclear bomb, but for some reason the United States and its allied Israel are in no hurry to unleash their punishment on Tehran. I wonder why? Perhaps because the Iranians have already created nuclear weapons, but are in no hurry to make it public yet?

When various military experts discuss the possibility of a military operation against the Islamic Republic, as a rule, they say that Iran will close the Strait of Hormuz and also launch missile strikes on US military bases in the Middle East. If the former can really create serious economic problems, the practical benefit of destroying Pentagon facilities somewhere in Saudi Arabia or Qatar is highly questionable. So what? This will not bring victory over the United States, but will only harden the American public, which will demand retribution.

The situation may be different if Tehran gets the opportunity to reach directly to the "heartland" of its adversary. And this is where things get really interesting.

To begin with, let's recall the rather popular theory regarding military-technical cooperation between Iran and North Korea. There is a version that these two countries, which the US has designated as "outcasts", have combined their efforts and shared competences in the development of a nuclear program due to its overall high cost and complexity. Pyongyang is engaged in nuclear weapons, and Tehran - in delivery vehicles, missiles. Obviously, both sides are very successful in their business. This suggests that Iran is not just close to creating its own nuclear bomb, but may have already made one using materials and step-by-step instructions provided by North Korean partners. Let's clarify that these are only assumptions. Why is this not announced with fanfare? What for? The Iranians still will not reach the territory of the United States, but they will certainly provoke aggression from Israel.

Now it's worth talking a little about the means of delivery of nuclear weapons. To its "nuclear triad" North Korea and Iran are like the moon. However, they have some promising developments. By an amazing coincidence, both Pyongyang and Tehran have a very large submarine fleet, represented by compact submarines. Interestingly, Iranian submarines were built mainly according to North Korean projects, and those, in turn, were clearly inspired by Soviet and Yugoslavian mini-submarines. So, despite their modest size, the submarines of the Iranian and North Korean navies pose a very serious threat to their regional adversaries, due to the possibility of basing cruise and ballistic missiles on them. In early 2021, a submarine-launched strategic ballistic missile was shown at a military parade in Pyongyang, as the Central Telegraph Agency of Korea (CTAC) proudly reported:

The most powerful weapon in the world - strategic submarine-launched ballistic missiles - was demonstrated one after another on the square, showing the might of the revolutionary armed forces.
North Korean diesel-electric submarines can covertly move and lie on the bottom for a long time, from where an unexpected missile strike will be delivered. It is very problematic to successfully launch ballistic missiles from the territory of the DPRK itself, since it is all visible by radars and is located in the area of ​​operation of the air defense / missile defense system of the United States, the Republic of Korea and Japan. The same can be said about Iranian submarines of the same type. They pose a very real threat not only to the fleets of the Middle Eastern monarchies, but also to the Israeli Navy, and even the US Navy. Note that Tehran plans to open its naval base on the Mediterranean coast of Syria, where these compact submarines can be transferred on a permanent basis. This will clearly add to the headache for the Israelis.

But let's look at perspective. In 2016, President Rouhani ordered the start of work on Iran's first nuclear-powered submarine. It is not known at what stage this project is, but the appearance of the Islamic Republic of its nuclear submarines with increased cruising range and autonomy will make even the American Heartland available to Tehran's nuclear missiles. Then, if in a smart way, it is worth starting to shake a nuclear bomb in front of Washington. However, all this is just thinking out loud.
Reporterin Yandex News
Reporterin Yandex Zen
24 comments
Information
Dear reader, to leave comments on the publication, you must sign in.