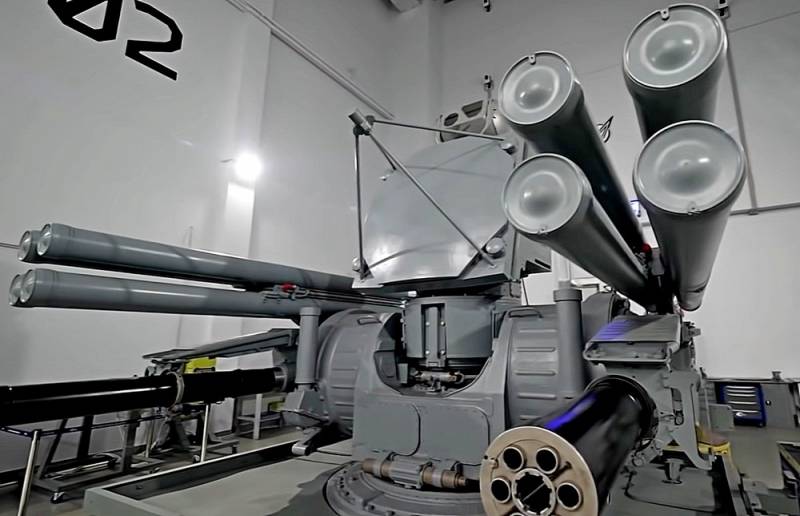 During the recent exercises of the Black Sea Fleet, a "sea" version of the Pantsir air defense system was tested, which was another step forward in promoting this development.


The aforementioned complex is a modernized version of the land-based Pantsir-C1, which has received a number of important and interesting modifications. In particular, the "marine" complex uses an improved version of the phased-array radar, as well as electronic-optical and infrared guidance systems.

The Pantsir-M is fired by a naval version of an anti-aircraft missile capable of striking a wide range of air targets, including modern UAVs. The range of destruction of the complex is from 1 to 45 km. At the same time, he confidently reaches targets at altitudes from 1 meter to 15 km. The total ammunition of the sea "Shell" reaches 32 missiles.

However, the armament of the complex is not limited to anti-aircraft missiles. Pantsir-M is also equipped with two 6-barreled 30-mm rotary cannons, each of which is capable of firing up to 6 rounds per minute.

At the last exercises, the "sea" version of the legendary complex confidently repelled an air raid of three types of objects: aircraft, cruise missiles and UAVs. At the same time, in this case, "Pantsir-M" has fulfilled the task of not own defense, but ensuring the defense of the ship formation and the coastal land area.

Thus, the tests that have passed have confirmed the possibility of strengthening the ground air defense with the help of simple and inexpensive small ships if they are equipped with Pantsir-M complexes.