Former commander of NATO forces in Europe: Restoring relations with Russia is possible only on harsh conditions 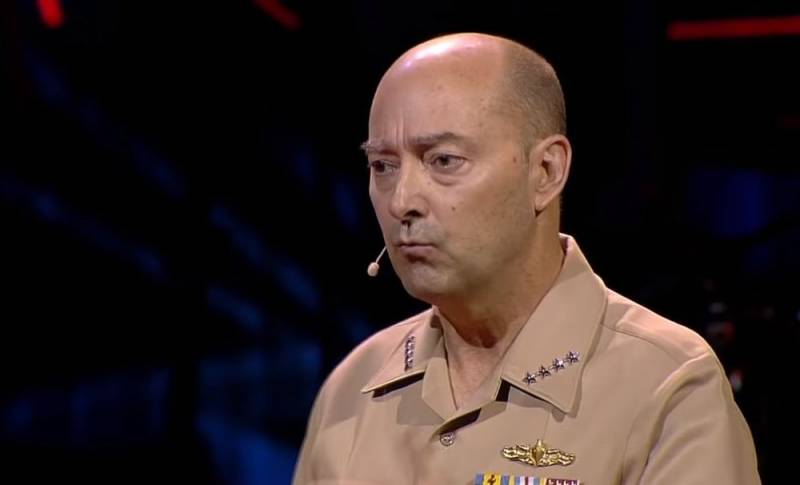 Moscow and NATO communicated for many years and thanks to this the parties managed to avoid a military conflict. But lately Russia has complicated things. Therefore, the Alliance can restore relations with the Russian Federation, but only on tougher conditions. Admiral James Stavridis, former Commander of the European Command of the US Armed Forces and Supreme Commander of the Allied Forces of NATO in Europe (2009-2013), announced this on the site of the American agency Bloomberg.


The recent rupture of relations between the Russian Federation and the Alliance came as a surprise only to those Americans who suspected the existence of such communication in general. The NATO-Russia Council has been working since 2002 and, on the whole, was a useful platform, the American military leader believes.

The restoration of this partnership would be in the interests of both the Western alliance and the Kremlin, but it should not happen until Russia demonstrates its willingness to play by the established rules.
- he is sure.

Stavridis recalled that at one time he regularly dined with the representative of the Russian Federation in the Alliance Dmitry Rogozin, "a big man, something like a bear." He clarified that they had meaningful and meaningful conversations. At that time, the head of the Russian General Staff, General of the Army Nikolai Makarov, and other high-ranking Russian military personnel also visited NATO headquarters. The parties disagreed on many issues, but the ongoing discussions gave hope for an improvement in relations in the future, but this did not happen.

Relations between NATO and the Kremlin are at their lowest level since the end of the Cold War. What happened and what can Western countries do to cope with an increasingly assertive Russia? <…> To understand the big picture, it is useful to look at things from the Russian point of view. Moscow feels neglected in Europe and may feel more freedom to harm us in the East as the West focuses on the Pacific
- he noted.

In his opinion, the Alliance cannot afford the luxury of ignoring the Russian Federation when making changes to its strategic doctrine. For example, Moscow's refusal to increase gas supplies against the backdrop of a tremendous energy crisis in Europe may make Europeans keen to put into operation the already built Nord Stream-2 pipeline. Russia will not leave Syria, and it is generally unrealistic to consider the Chinese threat without taking into account the factor of Moscow.

Despite the decline in population and lack of diversification economicsRussia still possesses a nuclear arsenal capable of destroying the planet, and Putin is a smart tactician with a great appetite for risk
- he drew attention.

Stavridis emphasized that the “beware of the bear” strategy, i.e. the reason why NATO appeared at all should remain a priority now. The alliance should increase its vigilance in the Arctic, continue sanctions against the Russian Federation for the "occupation" of part of the territories of Georgia and Ukraine, increase cybersecurity at the expense of a cent in Estonia, comprehensively help Tbilisi and Kiev, including the process of becoming members of the bloc, as well as suppress all Russian "provocations" around Black and Baltic seas.

Regarding the NATO-Russia Council and the closed missions in Brussels and Moscow, the Alliance should be ready to restore them, but under the necessary conditions. But this will require a strong and united front and keeping Moscow at the center of NATO's strategic focus.
He summed up.
Reporterin Yandex News
Reporterin Yandex Zen
1 comment
Information
Dear reader, to leave comments on the publication, you must sign in.