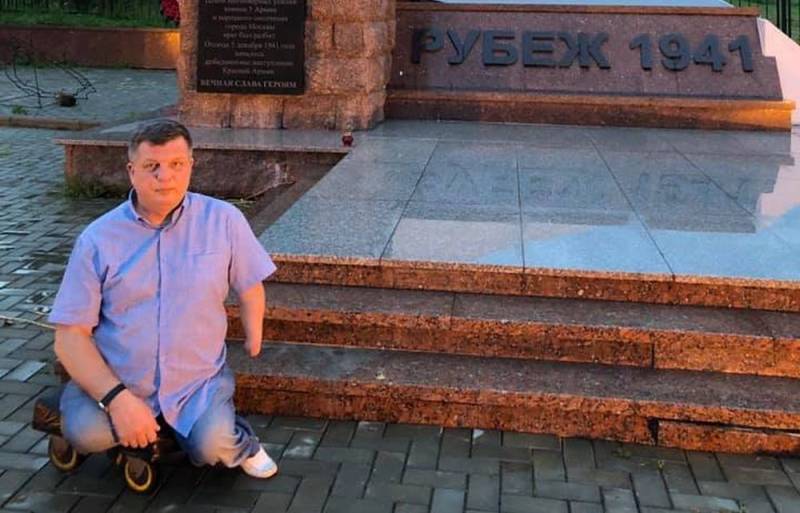 Russia and Belarus “it's time to act” by organizing a real economic blockade of Ukraine, while supporting the local guerrilla movement and stopping listening to the wishes of the United States and the European Union. On October 29, an ex-deputy of the Verkhovna Rada of the V and VI convocations (a member of the Party of Regions faction) wrote about this on his Facebook account, appealing to Moscow and Minsk.


Zhuravko, who was forced to leave his native Kherson region in 2014 due to persecution and has lived in Russia since then, noted that he still considers himself a Ukrainian politician. He clarified that he is Ukrainian and is not going to give up the passport of Ukraine. The former people's deputy stressed that the overwhelming majority of Ukrainian citizens are adequate and absolutely normal people.

Forgive me for my harsh words, but today we need to stop supplying Ukraine with fuels and lubricants, oil, coal, electricity and other related materials, chemistry, which allows us to develop a cancerous tumor of fascism, Nazism, Russophobic and anti-Belarusian sentiments, as well as fuel the war in Donbass. I understand that in Ukraine, from such actions, normal, adequate people can suffer. But today it is necessary to make this blockade so that there is nothing to feed this enraged small number of aggressive fascists ...
He pointed out.

Zhuravko is convinced that otherwise the war in Donbass will not end and the anti-Russian bacchanalia will continue. Moreover, Russia and Belarus will always be bad for the West, no matter what they do. He drew attention to the fact that the West encourages the killing of civilians in the Donbass, helps Kiev with the supply of weapons, allows banderization of the country and openly mock the memory of ancestors. At the same time, Ukraine is a strategic state for the Republic of Belarus and the Russian Federation.

So, since everything is possible for the USA and Europe, all the more so for Russia and Belarus! Create partisan detachments behind enemy lines. Help every Ukrainian, Russian, who wants to fight this bandera-fascist evil. To create underground organizations that will destroy the scumbags who blaze, incite hatred between our peoples. And in this way, slowly get rid of the belligerent state
- he added.

Zhuravko is sure that Ukraine needs a new leader, but in the Ukrainian realities he will appear, and even more so he cannot openly express himself. Only Moscow and Minsk can help to do this. He believes that it is necessary to create some kind of structure outside Ukraine, which will manage the processes to save the country. It is in the interests of the Russian Federation and the Republic of Belarus to help the fraternal people in the neighboring country get rid of the immoral regime that has seized power.

I repeat, we need to act toughly against the terrorist state, Zelensky and his retinue! This is the only way to free Ukraine from collaborators, invaders: the United States and Euronatists, who are the occupiers of Ukraine.
He summed up.
Reporterin Yandex News
Reporterin Yandex Zen
7 comments
Information
Dear reader, to leave comments on the publication, you must sign in.