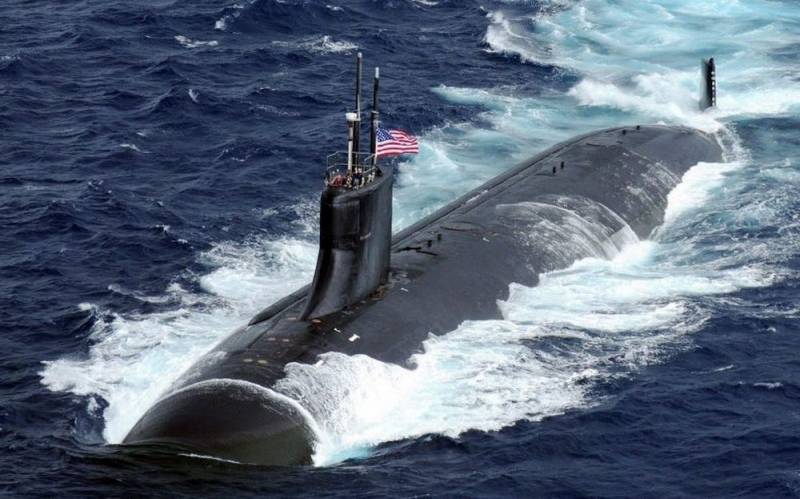 Beijing is fixated on the mysterious incident and continues to demand an explanation from Washington about the incident with the USS Connecticut (Connecticut or SSN-22), Seawolf class, which occurred in the South China Sea in early October. writes the American edition of Business Insider.


Chinese Foreign Ministry spokesman Zhao Lijian said that Beijing was seriously concerned about what had happened, after which he accused the United States of irresponsibility and treachery. According to the Chinese side, the Americans did not provide comprehensive information about what happened, and they are trying to hide something from the world community, which makes it possible to doubt the truthfulness and true intentions of the United States. He noted that Washington is the largest force in the militarization of the South China Sea.

What was USS Connecticut planning to secretly do in the South China Sea? What has the Premier League faced? Why did this collision happen? Was there a nuclear leak that resulted in nuclear pollution of the marine environment?
- the Chinese functionary asked questions once again.

Moreover, this is not the only Chinese official who has been demanding the United States to report for some time. Tang Kefei, spokesman for the Ministry of National Defense of the People's Republic of China, asks similar questions.

At the same time, the Pentagon claims that it is not hiding anything. The US Pacific Fleet issued a communiqué five days after the incident for security reasons. The ministry expressed surprise that the Chinese are "annoyed" by the delay in the notification, stressing that the document is all detailed.

Perhaps the Chinese want to force the United States to disclose information about the activities of American nuclear submarines in the South China Sea. Especially considering that USS Connecticut could monitor Chinese submarines or their base located on this strategic waterway
- suggests the publication.

With their rhetoric, the Chinese can also seek to end the accusations from the United States, which often cite China as a source of tension and militarization in this area. Thus, Beijing is trying to portray Washington as a destabilizing factor in the region and the incident with the American submarine plays into the hands of the Chinese.

Earlier edition of The Drive published satellite images of USS Connecticut docked in Guam. But no serious damage to the nuclear submarine could be found.
Reporterin Yandex News
Reporterin Yandex Zen
Information
Dear reader, to leave comments on the publication, you must sign in.