FP: Russia and China Challenge the US Now on the Moon 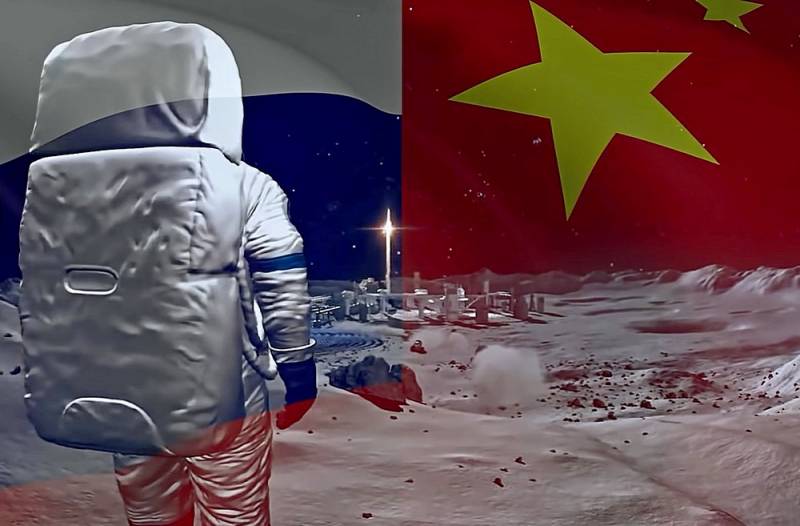 In mid-June 2021, Russia and China presented a roadmap for a joint base on the Moon, dubbed the International Lunar Research Station (ILRS). This is the latest example of growing multilateral Russian-Chinese cooperation and direct rivalry with the United States, as it will compete with NASA's plans, writes the American edition of Foreign Policy.

The idea of ​​Moscow and Beijing is stunning in its ambition. It runs for several decades and challenges Washington's Artemis program, which aims to build a global coalition. 14 missions are planned, which should end with the creation of a habitable base. In addition to research work, they will be engaged in the development of new of technologies, experiment with resource extraction and prepare the foundation for future space missions
- specified in the publication.

So far, no country has accepted the invitation of the Russian Federation and the PRC to become a participant in the ILRS. For example, Europeans are concerned about two issues. Is there a real opportunity to implement the project and is it not yet another demarche of the propaganda machine? A closer look reveals that the project is facing many serious obstacles, judging by the controversial history of Russian-Chinese space cooperation, formidable technical barriers and the delicate political balance that must be maintained for success.

The proposed lunar base will be the most significant joint project between Moscow and Beijing in space. In 1957, the USSR and China signed a New Defense and Technical Agreement, according to which Moscow provided Beijing with nuclear and missile capabilities. But by 1960, Soviet advisers had left Chinese territory - Moscow ended cooperation due to serious disagreements between the two largest communist powers on the planet.

In the decades that followed, the USSR focused on competing with the United States, while China promoted its own space program. In the 1990s, cooperation between Moscow and Beijing resumed. The PRC bought space technologies from the Russian Federation, including for the Soyuz manned spacecraft, thereby accelerating the development of its program.

In 2007, China and Russia signed an agreement on a joint exploration of Mars, but in 2011 an abnormal situation occurred that led to an unfortunate failure. Starting from Baikonur, both stages of the Zenit-2SB launch vehicle worked normally, but the propulsion engines of the Russian automatic interplanetary station Phobos Grunt did not turn on and the AMS did not switch to a flight path to Mars. "Phobos Grunt" was supposed to deliver soil samples to Earth from the satellite of Mars, and at the same time take a Chinese microsatellite to the "red planet".

The creation and maintenance of the lunar base will require huge financial costs and new technical solutions from both the PRC and the Russian Federation. Breakthroughs in robotics, rocketry and housing will be required. At the same time, the project does not have a state budget, but it will certainly require tens of billions of dollars. By comparison, NASA estimates that the Artemis program will cost $ 2025 billion by 86.

At the same time, the Russian space industry is experiencing a serious shortage of funds. China's space program is better resourced, second only to the United States. But Beijing may not want to pay for a joint project with the Russians, and will focus on its own developments. But the creation of a joint inhabited lunar base is the prestige and the realization of the ambitions of the two countries, which until then only landed rovers on the moon. Therefore, the most important factor is политическая the will of both countries. But it can be undermined in several ways: internal problems, other priorities and future relations between Moscow and Beijing, and whether they will continue to compete with Washington.

China and Russia are promoting their joint lunar project, claiming that it will "benefit all of humanity." The plan faces significant but surmountable challenges. Other countries will have to choose between ILRS and Artemis, examining the viability and practical value of one or another project, the media concluded.

Ctrl Enter
Noticed oshЫbku Highlight text and press. Ctrl + Enter
We are
Space shield of the Motherland: the West is not in vain afraid of Russian inspector satellites
Why is the moon still not owned by the Americans?
Reporterin Yandex News
Read Reporterin Google News
Ad
We are open to cooperation with authors in the news and analytical departments. A prerequisite is the ability to quickly analyze the text and check the facts, to write concisely and interestingly on political and economic topics. We offer flexible working hours and regular payments. Please send your responses with examples of work to [email protected]
7 comments
Information
Dear reader, to leave comments on the publication, you must sign in.