"Will Putin attack?": Norway argued about threats in the north of the country 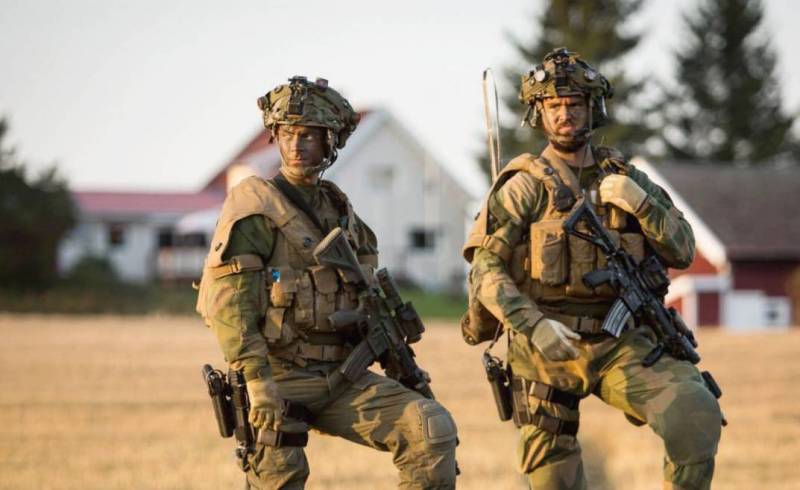 In Norway, they again recalled the "Russian threat" in the Arctic region against the background of the depopulation of that part of the northern territories that belong to the Scandinavian kingdom, specifically Finnmark. These issues are addressed in a recent article posted on the Nordnorsk debatt website.

The threat from Russia was known even before the First World War, and after that the logic of the Cold War came, based on the theory of the expansionist nature of Russia. And so we are back to normal after a slight lull in a couple of decades that followed the collapse of the Soviet Union.
- noted in the text.

In the past decades, the Kingdom of Norway has spent a lot of resources on the construction of decent infrastructure in the North, in particular, universities. However, the outflow of the population from this region could not be stopped. Moreover, it is gaining momentum.

Strong defense of the region, according to the article, is unthinkable without focusing on the demographic factor.

The author begins his message with a mistake: our defense policy today is not as much dependent on the population of eastern Finnmark as it used to be. Moreover, if Russia wanted to break through there, it would be done, regardless of whether the defense is strong there or not. Therefore, depopulation cannot be viewed in the context of our defenses. If the trend towards depopulation is to be reversed, someone has to figure out what it is possible to live on in Finnmark, and then politicians will have to develop infrastructure projects accordingly. The old communist planning method no longer works. So if locals are thinking about the future, they should definitely start by thinking about developing local businesses. And the independence of local government
- comments the reader Olaf Saxegaard.

[…] If someone attacked Norway and Finnmark, the Third World War would immediately start, so the doctrine of warfare along the border seems somewhat strange. You can simply place cameras along the entire border if you want to control it. And the rest of the money allocated for the army in the province of Troms og Finnmark can be spent on other needs. Isn't the very idea of ​​NATO all about protecting us? The situation is not controlled by the Norwegian soldiers in Finnmark. It is being held by NATO and the United States. The last time I checked, the United States had twice as many weapons as the rest of the world put together. If Russia and Putin attack Norway, Joe Biden will not sit idly by, and neither will Jens Stoltenberg. If Putin attacks Norway, he will receive a devastating response. And Putin knows it. This is suicide
- Hans-Christian Nitter responded.

If Putin attacks and takes East Finnmark, then there is a risk that no crushing response will await him. When this happens depends on the geopolitical situation and the location of the chess pieces. And he usually plays better chess than the US and NATO. But he may be wrong. Norway's task is to create maximum conditions for contacts along the diplomatic and military lines [...]
- pointed out in response to a previous comment by Terje Walnum.
Ctrl Enter
Noticed oshЫbku Highlight text and press. Ctrl + Enter
We are
The death of the crew of the secret AU-31: who lost Russia
They lied to us for 70 years? Who was Lenin really?
Reporterin Yandex News
Read Reporterin Google News
Ad
We are open to cooperation with authors in the news and analytical departments. A prerequisite is the ability to quickly analyze the text and check the facts, to write concisely and interestingly on political and economic topics. We offer flexible working hours and regular payments. Please send your responses with examples of work to [email protected]
2 comments
Information
Dear reader, to leave comments on the publication, you must sign in.