Who killed the agriculture in the Crimea?

August 8 2018
7
The situation with abnormal drought in the Crimea again put on the agenda the issue of water supply of the peninsula. Historically, Crimea is a very arid place. The problem was solved, it would seem, once and for all in Soviet times by building the North Crimean Canal. Until April 2014, the peninsula received almost 80% of all water through the water canal, which was used mainly for agricultural needs, as well as for drinking and drinking water supply to the cities of Crimea. Arid Crimea, thanks to Soviet engineers and builders, itself supplied the cultivated grain to Iran, Syria and Iraq. 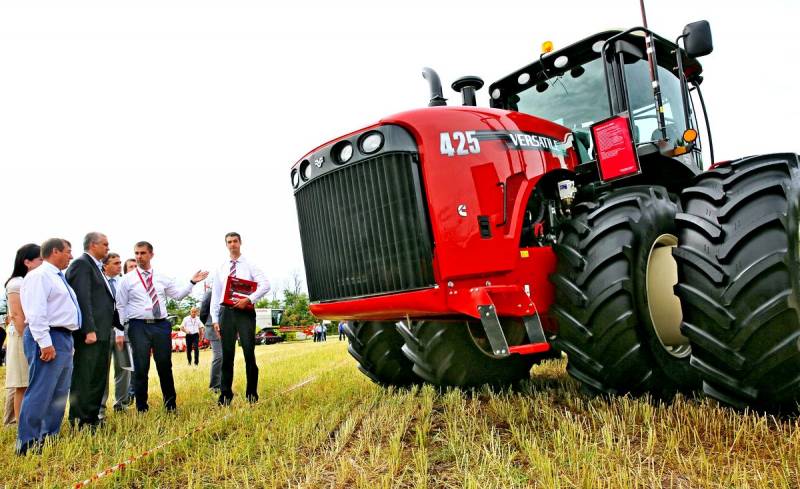 But after the Crimean spring, the new authorities of Ukraine took revenge on the residents unanimously voted for reunification with the Russian Federation in the region and blocked the flow of water to the peninsula with a gateway. The results were deplorable. One of the leaders of the banned “Mejlis” in our country, Dzhemilev commented on the situation like this:

There really are problems there after we blocked the Dnieper water; there is no longer any agriculture there at all. They dug several dozen deep wells there to water gardens and fields with artesian water. This led to the fact that groundwater dropped significantly, and salinization began in the soil.

Unfortunately, there is a lot of truth in his words. Rice growing in Crimea, requiring a lot of water, has been virtually destroyed. Famous vineyards are left without watering. Even horticulture is at stake, with large losses in berry and fruit yields. Due to the inability to grow fodder corn in sufficient quantities, part of the livestock had to be sent “under the knife” in the agricultural complexes of Crimea.

The new Crimean authorities in their own way "solved" the problem. Instead of transferring the underwater water supply from the Kuban along the bottom of the Kerch Strait, the country, which pulls pipelines in all directions, began to dig wells for underground water extraction. Having shut one problem for a while, the authorities created another, even more serious one. The fact is that the water from these wells is very saturated with calcium. Familiar with the situation comment:

Any resident of the Crimean steppe will say that the water quality has deteriorated significantly, and say that it can be drunk ... People are simply forced to use what they have. And the water is salty

And for the fourth year this salt water has been used not only for drinking, but also for irrigation, which increases the mineral content in it, making it ultimately fruitless. But even this mineralized water from underground sources may not be enough. If the drought continues for another couple of years, then they will simply run out.

Four years after the start of the Ukrainian blockade, Russian Prime Minister Medvedev instructed to solve the problem of Crimea’s water supply. What are the real solutions to the problem?

First. Laying an underwater pipeline along the bottom of the Kerch Strait from the Krasnodar Territory. What prevented this from being done four years ago or to make it into the construction of the Crimean bridge, is unclear.

Second. Desalination of sea water, but this process will require large energy costs. The complex will also need to build a nuclear power plant in the Crimea.

The third. To declare Kiev’s actions on water blockade an act of aggression against the multinational people of Crimea and “politely” move representatives of the hostile state away from sources of water supply in two Russian regions.
Ctrl Enter
Noticed oshЫbku Highlight text and press. Ctrl + Enter
We are
Gift to Crimea: a nuclear installation will appear on the border with Ukraine
Crimea will become nuclear
Reporterin Yandex News
Read Reporterin Google News
Ad
The publication is looking for authors in the news and analytical departments. Requirements for applicants: literacy, responsibility, efficiency, inexhaustible creative energy, experience in copywriting or journalism, the ability to quickly analyze text and check facts, write concisely and interestingly on political and economic topics. The work is paid. Contact: [email protected]
7 comments
Information
Dear reader, to leave comments on the publication, you must to register.
I have an account? Sign in