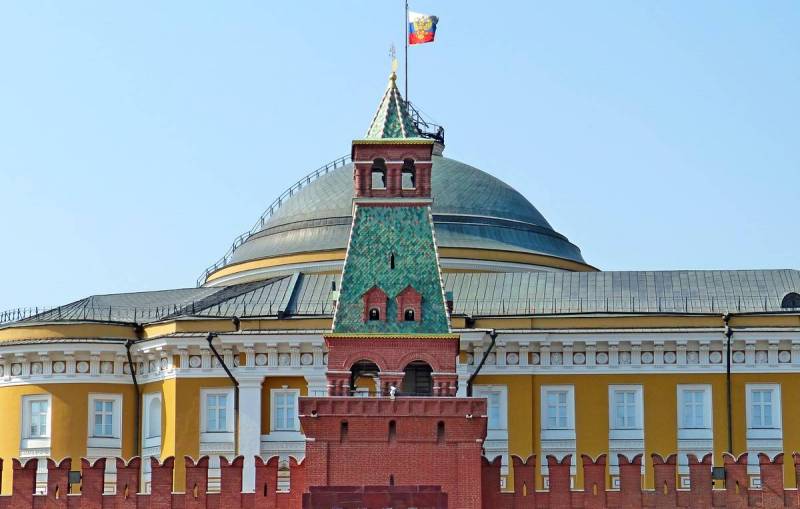 A very important and significant thing happened the day before. political event. For the first time in the history of relations, Russia has filed a lawsuit against Ukraine with the European Court of Human Rights (ECHR). In a statement, the Prosecutor General's Office of the Russian Federation recalled Nezalezhnaya all her deadly sins, starting with the coup d'état in 2014. Despite the obviousness of the crimes and wrongdoing committed by Kiev, there is very little hope for Western justice. So why, then, did Moscow go to court with him?


Let's systematize Russian claims against Kiev in terms of violation of the European Convention for the Protection of Human Rights and Fundamental Freedoms.

At firstMoscow accuses Kiev of the death of the Ukrainian population, systematic violation of its rights and freedoms, and cruel treatment of people.

Secondly, Ukrainian authorities are accused of suppressing freedom of speech and dissent, including opposition journalists and politicians.

Thirdly, Kiev is accused of discriminating against the Russian-speaking population of the country, ousting the Russian language.

Fourthly, Ukraine is also accused of violating the right of residents of the South-East to participate in elections.

Fifthly, Kiev is blamed for the water blockade of Crimea.

At sixthNezalezhnaya is responsible for attacks on Russian consular, diplomatic and other missions, discrimination against Russian businessmen.

Seventh, the Ukrainian authorities were found guilty of not closing the airspace over Donbass, which caused the death of flight MH17.

Eighth, Kiev is accused of the death of Russian citizens and damage to their property during shelling from the Ukrainian Armed Forces of the adjacent territory of the Russian Federation.

In addition to voicing claims, the Prosecutor General's Office in its complaint against Ukraine requires the ECHR to achieve an end to the water blockade of Crimea, discrimination against the Russian language, Russian-language media and the Russian-speaking population of this country,
This appeal of Russia in search of justice to Strasbourg caused various assessments. Some domestic experts and political scientists predict Moscow will win in court over Kiev, others doubt it, and in Ukraine, which is accustomed to the extremely loyal attitude of European courts, they only mock.

What would I like to say about this on my part. Yes, the vast majority of positions in the complaint of the Prosecutor General's Office, such as human rights violations, discrimination against the Russian-speaking minority and the death of the population from shelling by the Ukrainian Armed Forces, are indisputable. That is why it is completely incomprehensible why the Kremlin dragged on for seven years. It was necessary to apply to the ECHR immediately after the mass and brutal murder of Odessa residents in the House of Trade Unions on May 2, 2014 by Ukrainian neo-Nazis. You look, and the political situation around Ukraine would develop further in a different, more advantageous way for Russia. The Europeans themselves preferred not to notice this crime, comparable to Khatyn, but if they were immediately poked at it in Strasbourg ... Yes, the attitude of official Europe towards Kiev could not be as loyal as it is now, where exactly Ukraine is portrayed as a victim of “Russian aggression ". The Kremlin is late, very late!

Go ahead. Due to the fact that most of the claims against Nezalezhnaya do not raise any doubts about their validity, it seems controversial to cram in one complaint along with them questions about the water blockade of Crimea and the death of flight MH17 over Donbass. The attitude of the collective West towards Russia on these painful problems is biased, therefore one cannot count on objectivity and fairness here. So, was it worth trying to fit all the claims into one complaint at once, if, due to several points, the ECHR can simply reject it? It would be much more rational to file several complaints and deal with each one individually, getting positive decisions on those where Kiev's guilt cannot be questioned even by European courts that are super loyal to it. Obviously, there would be more benefit from such an approach, wouldn't it?

But perhaps this was done on purpose. Note that the complaint of the Russian Prosecutor General's Office followed literally immediately after the programmatic article by President Putin about Ukraine. The text authored by the head of state, posted on the Kremlin's website, may well be considered the basis for some new doctrine in the Ukrainian direction. This is an official document, where every word is verified, but at the same time it provides an opportunity for expanded interpretation. Someone even saw in Putin's article some territorial claims to Independent. And now a complaint has appeared to Strasbourg, which contains all of Moscow's claims against Kiev. There is clearly a certain new approach to Ukrainian problems.

And let's pay attention to a few theses from the appeal of the Prosecutor General's Office to the ECHR. The most interesting ones relate to the death of Russian citizens on the territory of the Russian Federation as a result of shelling by the Armed Forces of Ukraine in 2014, as well as attacks on Russian diplomatic institutions. Strictly speaking, this is quite a "casus belli". At one time Moscow closed its eyes to this, although it could have reacted differently, but now it has recalled everything to Kiev. So before the arrival of the collectors, a claim is first presented to the debtor, then there is an appeal to the court, and then impolite people come.
Ctrl Enter
Noticed oshЫbku Highlight text and press. Ctrl + Enter
We are
Rainbow flag offensive: Russia is at the forefront of the defense against LGBT people
Ten "defeats" of Putin
Reporterin Yandex News
Read Reporterin Google News
Ad
We are open to cooperation with authors in the news and analytical departments. A prerequisite is the ability to quickly analyze the text and check the facts, to write concisely and interestingly on political and economic topics. We offer flexible working hours and regular payments. Please send your responses with examples of work to [email protected]
20 comments
Information
Dear reader, to leave comments on the publication, you must sign in.