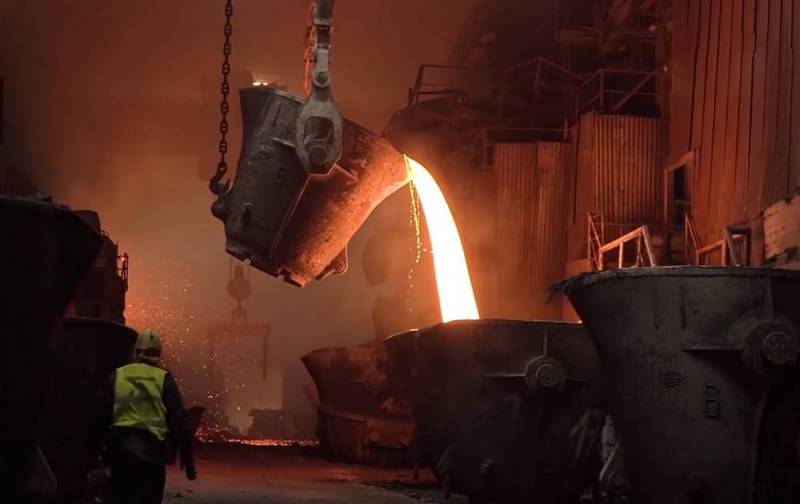 Brussels appealed to the WTO with a complaint about the so-called discrimination that Russia is showing towards European goods and their manufacturers in violation of its obligations within the organization. Obviously this is a direct result. policy counter-sanctions and import substitution, which Moscow took after the events of 2014. But what have we actually managed to achieve over the past seven years, and what can we expect from trade litigations with the European Union?


I would like to remind you that when Russia introduced counter-sanctions against the EU countries, there were many ironic comments. Say, a few farmers and gardeners will cry, and then reorient their products to other markets, and the Russians will be left without apples, oysters and ham. But, according to the data of the European Commission, the total economic damage between 2015 and 2019 amounted to 290 billion euros. Not weak. So what exactly are Brussels' claims?

The first complaint of European officials is that Western companies are now discriminated against even at the stage of evaluating the application, since the cost of some commodity items for domestic companies with state participation receives a subsidy of 15%. The EU believes that this puts foreign companies at a disadvantage. The second claim consists in a special list of 250 goods, where up to 90% of items must be Russian-made. These quotas apply to, for example, cars, medical equipment, textiles and more, and they apply to state-owned companies. And the third complaint is the need to obtain prior permission from the relevant authorities for the purchase of machinery equipment abroad. Thus, there is indeed a certain protectionism, but carried out not in a hard, but in a soft form. In the event of a real trade war, Russia would simply close off foreign companies' access to its domestic market or introduce protective duties. But Moscow is not doing this yet. Why?

Let's try to evaluate the results of the import substitution program without unnecessary emotions. And they do not look entirely unambiguous.

On the one hand, over the seven years that have passed since the beginning of the aggravation of relations with the United States and Europe, we have been able to achieve quite a lot in agriculture. The greatest success was achieved in the meat industry: imports of pork fell 10 times, beef - 2,5 times, poultry - 2 times. Imports of milk and dairy products decreased by 20%, and various vegetables by 27%. For fruit and berry products, the reduction was the most modest - only 11%. At the same time, Russia is one of the recognized world leaders in the cultivation of various grain crops. That is, if we can feed ourselves, we will not be left without a crumb of bread. The food security of the country is generally ensured.

On the other hand, the introduced counter-sanctions had their own negative effect. The puzzled question why folk carrots and potatoes in Russia can be more expensive than exotic southern bananas was even asked to President Putin. The closure of imports from European countries in a number of cases led not to import substitution, but to import substitution. So, instead of Norwegian fish, we began to buy it from distant Chile. At the same time, Santiago himself has tripled the volume of purchases of herring from Oslo. To be honest, this scheme smelled like “Belarusian shrimps”. By the way, it is Belarus that is one of the main beneficiaries of the Russian policy of counter-sanctions. In addition to the aforementioned shrimps, other sanctioned European food products were also repackaged here. The share of Minsk in our food imports increased from 13% in 2013 to 40% this year. Also, European suppliers were replaced by manufacturers from China and Latin America. For the domestic consumer, in practice, this means an increase in prices on the shelves. This means that we are not able to completely replace the entire line of food products, since bananas do not grow very well in Russia, and if they were grown in the southern regions, the production of these fruits would still be uncompetitive.

The situation is even more complicated in industry. One of the main domestic "reformers" Yegor Gaidar once wisely taught us that we do not need any domestic machine tools, we will buy everything we need for petrodollars in the West. And now we are critically dependent on the supply of imported equipment. According to statistics, in 2013, the share of foreign machine tools in Russia was 48,6%, and by 2018 it dropped to 47,3%. Not to say that there has actually been a significant breakthrough. The main supplier of industrial equipment for us is Western Europe, China and India are considered as alternatives, but the quality equipment there is noticeably lower.

The revival of the domestic machine tool industry is the most difficult state task that requires an integrated systematic approach. Moscow simply cannot afford to abandon the import of Western equipment at once, so it is forced to resort to the methods of “soft” protectionism. In Brussels' complaint to the WTO, one can see the desire of European manufacturers to maintain their positions in the Russian market.
Ctrl Enter
Noticed oshЫbku Highlight text and press. Ctrl + Enter
We are
Peace enforcement operation. Russia inflicts a preemptive strike on Kiev
Three years left: Ukraine will be sold in parts
Reporterin Yandex News
Read Reporterin Google News
10 comments
Information
Dear reader, to leave comments on the publication, you must sign in.