The first pair is already ready: a new image of the B-21 bomber has been published in the United States 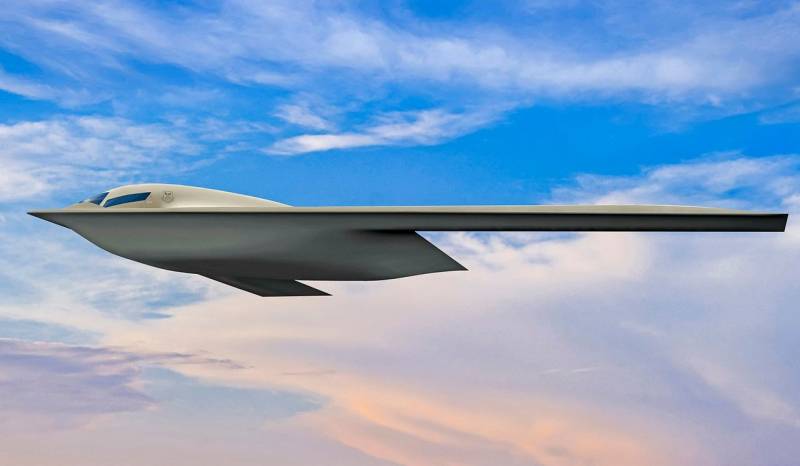 
At the same time, the US Air Force has published another render of the new "strategist", which is somewhat different from those that were presented earlier. In particular, there is a noticeable difference in the glazing of the cab. The windshield is now divided into three sections instead of two, as shown in the 2020 render.

The new image also shows a more pronounced bulge in the plane's belly. Note that compared to the B-1, the Raider will have a single weapons bay and a smaller payload.

Currently, both built copies of the B-21 are undergoing ground tests - the hydraulic and electronic systems of the aircraft are being tested. Flight tests are scheduled for early or mid 2022.

According to the plans of the military, the B-21 Raider will replenish the existing fleet of B-1 Lancer, B-2 Spirit and B-52 Stratofortress bombers, and in the future it will be able to replace them.
Ctrl Enter
Noticed oshЫbku Highlight text and press. Ctrl + Enter
We are
MW: The newest Russian bomber lags behind American and Chinese competitors
Space shield of the Motherland: the West is not in vain afraid of Russian inspector satellites
Reporterin Yandex News
Read Reporterin Google News
6 comments
Information
Dear reader, to leave comments on the publication, you must sign in.