Ukraine announced the beginning of the revival of aircraft construction 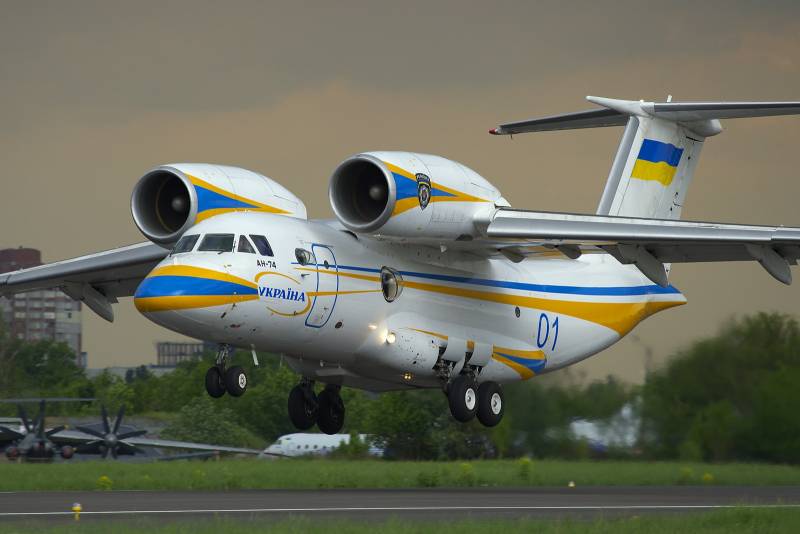 It seems that Kiev is seriously thinking about the restoration of aircraft construction. On June 4, the National Security and Defense Council adopted a decision “On the Development of the Aircraft Manufacturing Industry of Ukraine”, and on June 24, the Ukrainian President put into effect an initiative of the National Security and Defense Council. The corresponding decree of Vladimir Zelensky was published on his official website. Defense Express reports on "the beginning of the revival of the Ukrainian aviation industry."


According to the text of the presidential decree, the Ukrainian Cabinet of Ministers within a month should determine the necessary measures to implement the Strategy for the revival of the domestic aircraft industry for the period until 2030, approve plans for the development of the aircraft industry for the next ten years, work out the issue of the possibility of implementing long-term projects for the development of aviation, state-owned enterprises, etc.

At the same time, the Ministry of Defense of Ukraine will include in its plans a large-scale modernization of the aircraft fleet (including An-74 and An-178 transport aircraft), helicopters and multipurpose drones.

The Foreign Ministry, together with the Ministry of Strategic Industries of Ukraine, should at the same time in every possible way promote the promotion of local aircraft manufacturing products to international markets, as well as seek partners in other countries in order to include the country in the global aviation industry.

In turn, the Ministry of Strategic Industry, together with the National Aviation University, will take measures to replace the import of aviation products and form appropriate structures in order to identify counterfeit products. Certain tasks in this direction will be included in the project of scientifictechnical programs for the development of the Ukrainian aviation industry until 2030.
Ctrl Enter
Noticed oshЫbku Highlight text and press. Ctrl + Enter
We are
"The ugliest ship in the Navy." Are the critics of the 20386 project so fair?
Defense Express: Russian tank Armata has Ukrainian roots
Reporterin Yandex News
Read Reporterin Google News
6 comments
Information
Dear reader, to leave comments on the publication, you must sign in.