How German residents reacted to Putin's article about the war 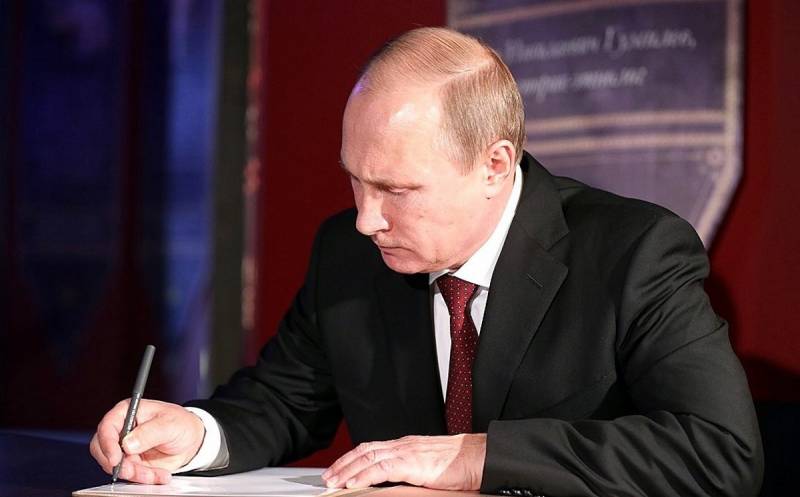 On the anniversary of the beginning of the Great Patriotic War, Vladimir Putin wrote an article dedicated to this sad date. The material was published by the German weekly Die Zeit, prompting numerous comments from readers.


The Russian president writes about the great tragedy that befell the peoples of Europe and the USSR in connection with the war unleashed by the Nazis, and pays tribute to the fighters, anti-fascists and leaders of the Resistance. Putin talks about the hopes placed in post-war Europe on peace, about proposals for integration and cooperation between the Soviet Union and European countries.

The head of the Russian Federation notes with regret that a different approach prevailed - the expansion of NATO, the movement of the western bloc to the east, support for the Ukrainian coup d'état in 2014. European and world security is once again under threat. The way out is in open cooperation between Europe and Russia, in the creation of a common space of cooperation from the Pacific Ocean to the Atlantic and in equal relations.

Good words. But will they lead to concrete action? In the meantime, everyone is waiting for the "other side" to take the first step.
Harrzach asks.

The last part of the article is an honest offer from Russia. It would be great to create a joint security space from the Atlantic to the Pacific. It is well known that to judge the past based on today's realities. In the future, we need to understand each other's positions, and we have starting points for this.
- writes Schlaupilz optimistically.

People should talk to each other more often. NATO actually defines external political the limits of the use of force - why not offer Russia membership?
- asks a logical question aadam.

Be partners with Russia in what area? Economic? No interest, since corruption in Russia is too great, and investors are arbitrarily blocked by the state itself, being branded as a foreign agent. Political? Under Putin, Russia has become a dictatorship, critical journalism is suppressed by the state, oppositionists are imprisoned, and their organizations are banned. This is why I think this article only serves one purpose - domestic Russian propaganda.
- criticized namevergeben2.

Wow! Thank you Mr Putin for this article! As a person born after the war, I have long wanted Europe and Russia to find each other. Reading your lines, I believe it will work. When can specific discussions start and who can initiate them? No more war from Lisbon to Vladivostok, freedom, culture and respect for everyone is a great idea
- believes Herr Nadel.

It's nice that Mr. Putin talks about the mistakes of both sides. However, at the same time, he lists only the alleged mistakes of the West or the former USSR, forgetting about Russia's mistakes. As always, he calls the expansion of NATO to the east an aggression, keeping silent about the fact that the East Europeans wanted to become members of the Alliance precisely because of the aggressive actions of Moscow. So, Vladimir Vladimirovich, behind your beautiful words, I do not see any readiness for a real dialogue
- confident Deserteur 2.0.
Ctrl Enter
Noticed oshЫbku Highlight text and press. Ctrl + Enter
We are
The monument to Marshal Konev is not demolished by Czech Russophobes, but by Russian propaganda
Where is Russia going?
Reporterin Yandex News
Read Reporterin Google News
3 comments
Information
Dear reader, to leave comments on the publication, you must sign in.