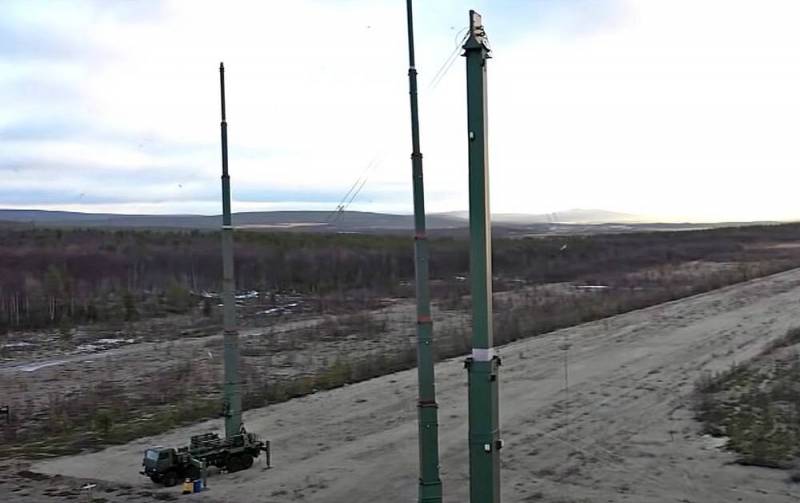 It is generally accepted that the US Navy has complete control of the World Ocean, and the NATO Air Force unconditionally dominates the skies of the Old World. The North Atlantic Alliance is continuously approaching Russian borders, deploying its military infrastructure around it, and American missile destroyers, reconnaissance aircraft and UAVs have become constant and uninvited guests near our borders, demonstrating a potential threat.


However, every action, as you know, gives rise to opposition. Domestic defenders were able to create such an electronic warfare complex that it is able to blind and stun the enemy machinery at a distance of 3 to 5 thousand kilometers, or even more. This technological miracle is called "Murmansk-BN".

The rapid development of communication systems, navigation and airborne electronic systems gave the military many new opportunities, but it also created its own "Achilles' heel". If a warship or an aircraft loses communication, or even completely loses the ability to effectively control its weapons, for some time it turns into helpless and easy prey. Today, many modern electronic warfare systems are known, for example, the Russian "Krasukhi", which are capable of jamming enemy technical equipment with radio waves at a distance of up to 300 kilometers. "Krasukha-4" is a very effective type of electronic weapon, which has been tested more than once in the defense of the Khmeimim airbase in Syria. American military pilots repeatedly experienced difficulties with the operation of their navigation systems, and therefore the Pentagon even had to change the general contractor, who supplied the occupiers with new GPS receivers using M-Code encryption technologies and helped to increase the signal strength.

However, all these are childish pranks in comparison with "Murmansk-BN", the capabilities of which are simply amazing. It should be noted that work on an electronic warfare complex of strategic importance began back in the days of the USSR in the 60s, but then there were serious problems with the component base. In the nineties, everything stopped for a long time, but in 2014 the first Murmansk-BN entered the Northern Fleet, in 2017 the second - to the Black Sea, and in 2018 the third - to the Baltic Fleet. There is information about the presence of an electronic warfare complex in the Far East, where it covers the Pacific Fleet. A huge advantage of "Murmansk-BN" is its mobility. Technically, it consists of four huge telescopic antennas, each 32 meters high, and is transported on seven off-road trucks. The assembly time until its activation is only 3 days. This means that, if necessary, the strategic electronic warfare system can be quickly deployed by military transport aviation and quickly mounted on the territory of some friendly country, from where its zone of responsibility will cover a space with a radius of 3-5 thousand kilometers (and in reality, most likely, up to 8 thousand kilometers).


So, now let's see what Murmansk-BN is capable of. The Russian complex has the ability to conduct electronic reconnaissance, intercept and suppress enemy signals in the shortwave range of 3-30 MHz. It continuously scans the air in automatic mode, identifying "own" and "alien" signals, drowning out, if necessary, "alien" narrow-band interference. When trying to signal the enemy to get out of control, "Murmansk-BN" again tracks him and "sticks" to the fugitive. What does this mean in practice? And the fact that the Russian complex is jamming communication between aircraft, ships and command posts of the enemy. Escort ships as part of the order of the carrier strike group will not be able to coordinate their actions, AWACS aircraft will not be able to transmit coordinates for target designation to fighters. For a while, all his offensive and defensive power is lost, which can be used for his own attack.

At the same time, the key point is the exceptional range of this system. "Murmansk-BN", transferred to the Northern Fleet of the Russian Federation, is located on the Kola Peninsula, the Black Sea - in the Crimea, Baltic - in Kaliningrad. Adding a radius of 5 thousand kilometers, we find that the RF Ministry of Defense covers the entire Europe and the Mediterranean Sea with a strategic electronic warfare complex. If we increase its artificially limited power, then the radius will grow to 8 thousand kilometers. Here we are not only taking control of the Northwest Atlantic, but also "striking" along the borders of the United States of America. The Pentagon clearly has something to tense up. And if a strategic electronic warfare appears, for example, in friendly Venezuela or, what the hell is not joking, in Cuba in Lourdes?

But the advantages of "Murmansk-BN" are not limited to this. It contains a fairly large potential for modernization. In particular, it is noted that the complex can be taught to jam the signals of the American global positioning system GPS. Then the Americans will have no time for jokes.
Ctrl Enter
Noticed oshЫbku Highlight text and press. Ctrl + Enter
We are
Space shield of the Motherland: the West is not in vain afraid of Russian inspector satellites
New weapons on the way: What is known about the anti-satellite complex "Burevestnik"
Reporterin Yandex News
Read Reporterin Google News
21 comment
Information
Dear reader, to leave comments on the publication, you must sign in.