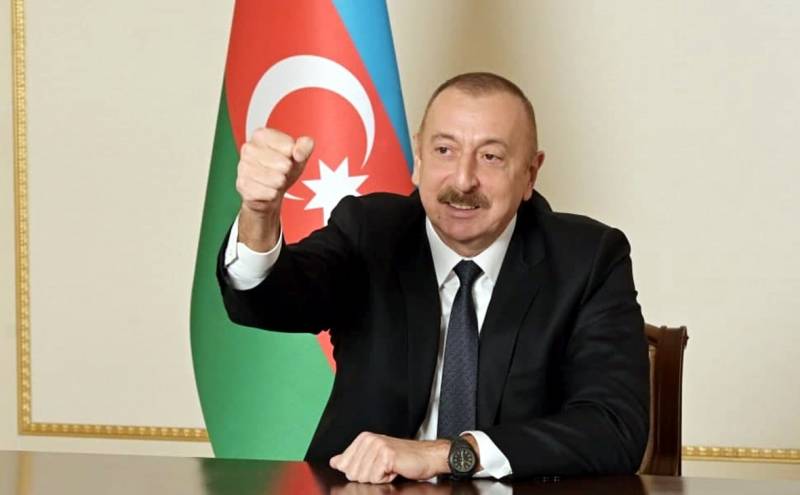 After the end of the war in Nagorno-Karabakh, Azerbaijan does not abandon plans to create the Zangezur corridor passing through the territory of the Syunik region of Armenia and linking the exclave of Nakhichevan (Nakhchivan is the Azerbaijani name) with the rest of Azerbaijan.


On Sunday, May 30, the Azerbaijani leader received Turkish Minister of Transport and Infrastructure Adil Karaismailoglu. During the conversation, among other things, there was a discussion of transport projects in the region, the importance of which has increased even more as a result of the war in the NKR. A special place, according to Aliyev, belongs to the already operating Baku-Tbilisi-Kars railway, which has firmly linked the East with the West.

Another important project for Azerbaijan is the Zangezur corridor, the name of which has already been fixed at the international level.

The Armenian side is already correctly analyzing the issues related to the inevitability of this corridor ... This is being discussed within the framework of the working group at the level of the Deputy Prime Ministers of Azerbaijan, Russia, Armenia, and there are good results
- noted Ilham Aliyev.

The President stressed that a significant part of the Nakhchivan railway is already functioning. At the same time, a key part of the Zangezur corridor should be built on the Armenian territory.

I am sure that in the next two, maybe two and a half years, this railway will be fully commissioned and the connection between Ankara and Baku will be further strengthened.
- Aliyev said.
Ctrl Enter
Noticed oshЫbku Highlight text and press. Ctrl + Enter
We are
Aliyev threatened to cut through the corridor to Nakhichevan by force
Baku prepares for a new war with Yerevan
Reporterin Yandex News
Read Reporterin Google News
9 comments
Information
Dear reader, to leave comments on the publication, you must sign in.