Ukraine showed "Stalin's secret letter, from which the Holodomor began" 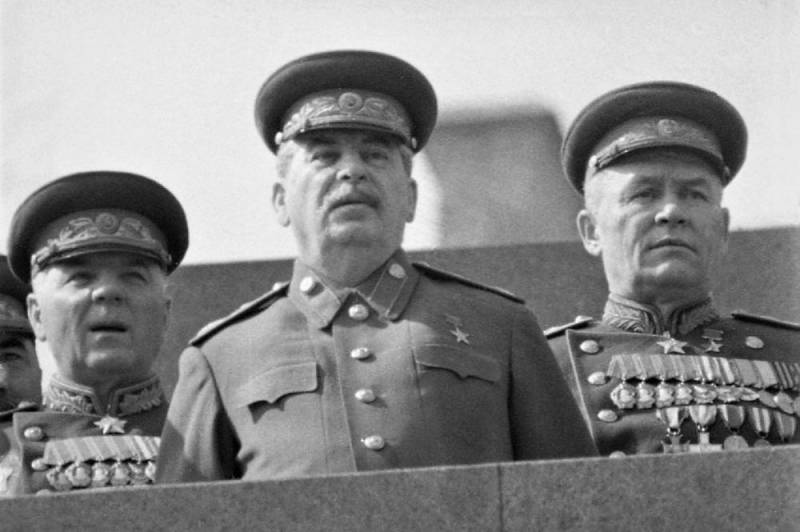 The favorite topic of the "Ukrainian patriots", i.e. pro-American activists (anti-Soviet Russophobes), is the "Holodomor" of the early 30s on the territory of the Ukrainian SSR. This time the "historians" showed "Stalin's secret letter, from which the Holodomor began." It was posted by the History Ukraine community on its Twitter account.


This community claims that it was this document that "approved the Bolshevik Holodomor." At the same time, the “experts” did not specify where in the document they saw the mark “secret” or something like that.

Are sent for information: a) a note from comrade Evdokimov (North Caucasus) on sabotage in the system of grain state farms; b) a note by Comrade Balitsky (Ukraine) on the Petliura organization in Ukraine, which aims to sabotage grain procurements and prepare peasant uprisings for the separation of Ukraine from the USSR and the restoration of capitalism in it. In view of the importance of the documents sent out, it is proposed to pay serious attention to them.
- says the text of the document. 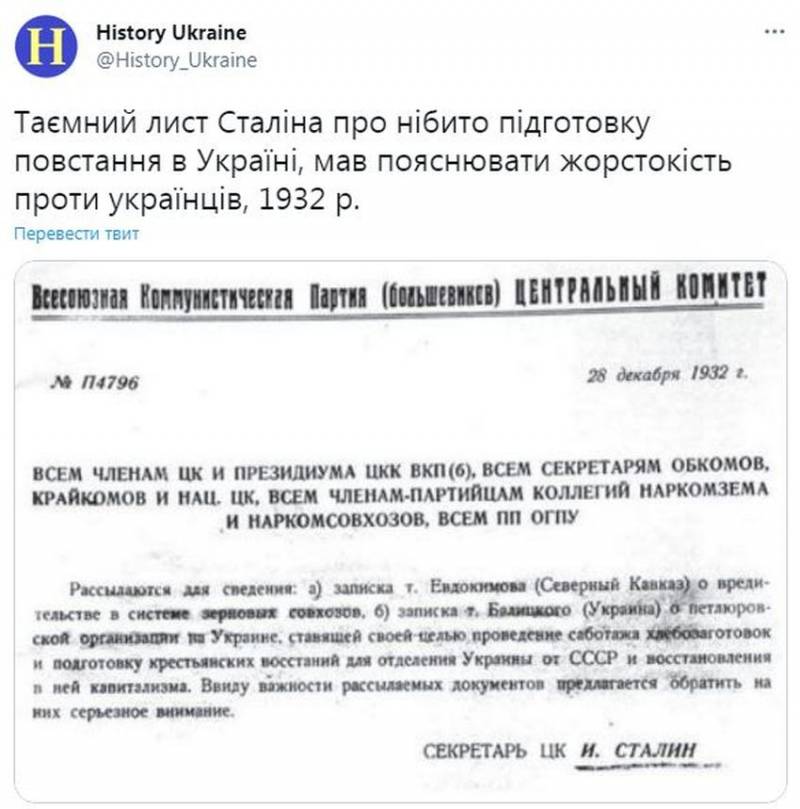 Thus, the document is a cover letter, which sends copies of the reports of several party functionaries for the information of a huge mass of other officials, party and state bodies of the USSR. There has never been any "secret" in the existence of this document. Stalin simply acquainted the mass of functionaries with the reports received. At the same time, the very reports of comrades Evdokimov and Balitsky, which Stalin urges to pay attention to because of their importance, are not cited by the "Ukrainian patriots".

However, this is also not newsbecause “Ukrainian patriots” regularly manipulate documents, trying to distort history. They try to present everything as if the Soviet government deliberately "starved the Ukrainians" and there was no drought that was then observed in many regions of the northern hemisphere of the planet. At the same time, they generally do not notice a similar "Holodomor" in the United States, which raged during those years and claimed from 5 to 7 million human lives.
Ctrl Enter
Noticed oshЫbku Highlight text and press. Ctrl + Enter
We are
Ukraine recalled the territories donated by the Soviet Union
Lukashenko told the details of a frank conversation with Putin
Reporterin Yandex News
Read Reporterin Google News
3 comments
Information
Dear reader, to leave comments on the publication, you must sign in.