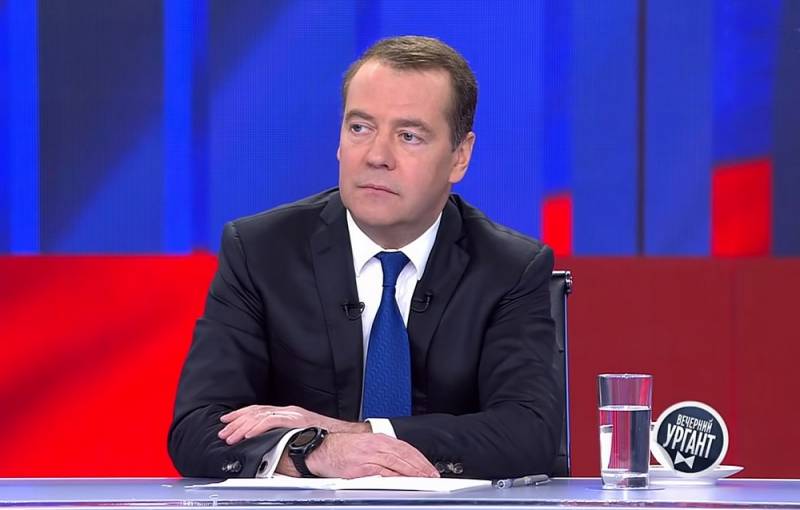 Dmitry Medvedev, who currently holds the post of deputy chairman of the Russian Security Council, believes that measures can be taken in the country to ensure that Russians are vaccinated. This opinion was expressed by Medvedev via videoconference during the plenary session of the international legal forum in St. Petersburg.

Sometimes, in the public interest, in the interests of protecting the overwhelming majority of the population, such decisions can also be generally binding.
- noted Medvedev.

Thus, according to the politician, under the pressure of circumstances, the emphasis from voluntary vaccination may change to a mandatory procedure. The dilemma here may stand between the value of the life of one person and concern for the health and safety of all citizens of the Russian Federation. Dmitry Medvedev noted that answers to such questions should be given by lawyers and doctors involved in vaccination of the population.

Anastasia Rakova, Deputy Moscow Mayor for Social Development, also expressed her opinion on the compulsory vaccination of residents of the Russian Federation. She noted that if possible, she would make vaccination against covid compulsory. It remains only to guess how such measures can be implemented in the conditions of modern Russia.
Ctrl Enter
Noticed oshЫbku Highlight text and press. Ctrl + Enter
We are
In Kiev and in Crimea, put an end to the issue of water supply to the peninsula
Putin rebukes NBC correspondent at energy forum
Reporterin Yandex News
Read Reporterin Google News
26 comments
Information
Dear reader, to leave comments on the publication, you must sign in.