Russia has knowingly protected its nuclear technology from China 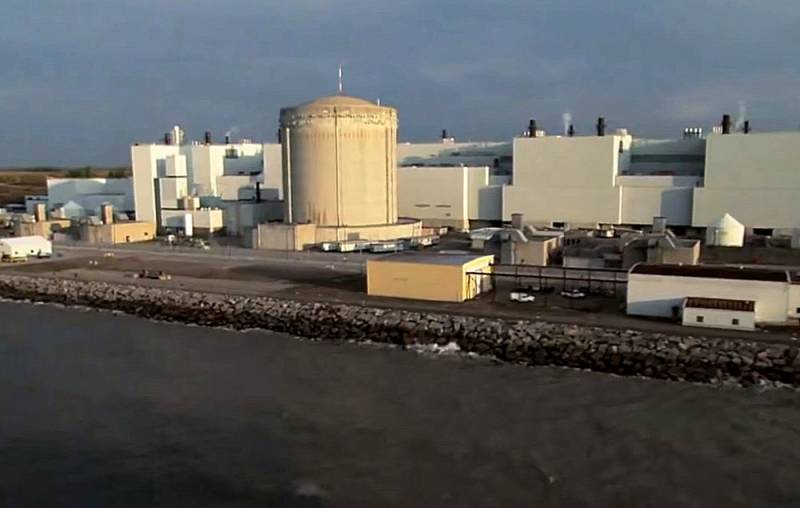 The scandal in the Czech Republic around the "GRU agents Petrov and Boshirov" had a very serious economic component. As a result, Russia was excluded from the tender for the completion of the Czech nuclear power plant "Dukovany", and also China followed on a far-fetched pretext. All these are ugly manifestations of a fierce undercover competition for the global nuclear energy market.


It is clear why our Rosatom was attacked indirectly. The Russian state corporation is a recognized leader in the field of nuclear energy, having advanced technology full production cycle: from the extraction and processing of raw materials to the dismantling of the station and the disposal of spent nuclear fuel. Rosatom is actively expanding on the outside, offering its customers the construction and subsequent maintenance of nuclear power plants at an optimal price-quality ratio.

So, on the southern coast of Turkey, our specialists are building the first nuclear power plant in this country "Akkuyu". In 2015, an agreement was signed with Cairo on the construction of a nuclear power plant, and in 2019 a site for it was determined in the city of Ad-Dab'a, 130 kilometers from the Egyptian capital. In 2014, India's largest power plant, the Kudankulam NPP, was designed and built by our JSC Atomenergoproekt and JSC Atomstroyexport. Two more power units that have already been built are currently under construction, and the same number has been contracted. In general, Rosatom is actively expanding its foreign activities, where it becomes increasingly crowded, and unsportsmanlike techniques are being used, as happened in the Czech Republic with an international scandal arranged there, based on ridiculous and unsubstantiated accusations against our Petrov and Boshirov ...

Another rather promising market for Rosatom is China. The Russian corporation will build new power units for the Tianwan NPP and the Xudapu NPP by Beijing's order. An important nuance of this cooperation lies in the fact that China itself is a competitor to Russia in the nuclear energy market, and its state corporation China General Nuclear Power claimed to complete the construction of the Czech NPP Dukovany. How can our country maintain a balance of interests, and not to the detriment of itself, with such a difficult partner as China?

The fact is that Beijing has very big ambitions in the field of nuclear energy. In China, there are already 50 nuclear reactors operating at 17 nuclear power plants, 14 power units are under construction and another 30 are planned. Chinese scientists have even developed their own fusion reactor. All this is a compulsory measure, since the country is suffocating from environmentally harmful coal power generation. By 2030, China intends to obtain 110 operating industrial nuclear reactors, becoming one of the world's largest consumers of nuclear energy. But this is not all of her ambitions. As part of the "New Silk Road" strategy, the China State Nuclear Corporation (CNNC) plans to build 30 nuclear power units outside the Celestial Empire itself. Therefore, China is turning into a direct competitor to our Rosatom.

But there is one more important nuance. It consists in the fact that for export, the PRC is ready to supply atomic technologies of its own design, and for itself it uses foreign time-tested ones. The northeast of the country is dominated by the China National Nuclear Corporation (CNNC), the national leader in nuclear energy. In the southeast, there is the China General Nuclear Power Group (CGN), which uses French nuclear technologies from Orana (Areva), and in the east of the country, the State Power Investment Corporation (SPIC), based on the American ones from the well-known company Westinghouse. Thus, the overwhelming majority of Chinese nuclear power plants are located on the sea coast in densely populated areas with developed industry.

Such a wide presence of foreign partners in the nuclear industry of the PRC is due to the fact that the Americans and the French were not afraid to transfer to the Chinese a significant part of their technologies for access to the internal market of the Celestial Empire. Now the degree of localization of Western-style reactors in their production in China is 70-75%, and in the near future this figure will be increased to 80-85%. These are very serious numbers. At the same time, foreigners sincerely counted on the protection of their intellectual property rights. For example, the rights to the French-developed CPR-1000 reactor belong to Areva, which, under the terms of the license agreement, legally limits the possibilities for their use outside the PRC. Very naive.

The Chinese have studied Western technologies, copied and based on them created their own, which are now gradually being promoted on the world market. Our Rosatom looks much more robust in this respect. The state corporation refused to transfer technologies for the production of key components of the nuclear power plant - the reactor and its servicing systems. The so-called "nuclear island" for the Chinese nuclear power plants "Xudapu" and "Tianwan" Russia will design, manufacture and supply independently. Today, this conservative approach to working with the PRC proves its loyalty: Rosatom has retained its know-how, and Beijing is again seriously interested in cooperation with the Russian state corporation to diversify the risks associated with dependence on Western technologies.
Reporterin Yandex News
Reporterin Yandex Zen
11 comments
Information
Dear reader, to leave comments on the publication, you must sign in.