7 years later: what hinders the disclosure of the economic potential of Crimea 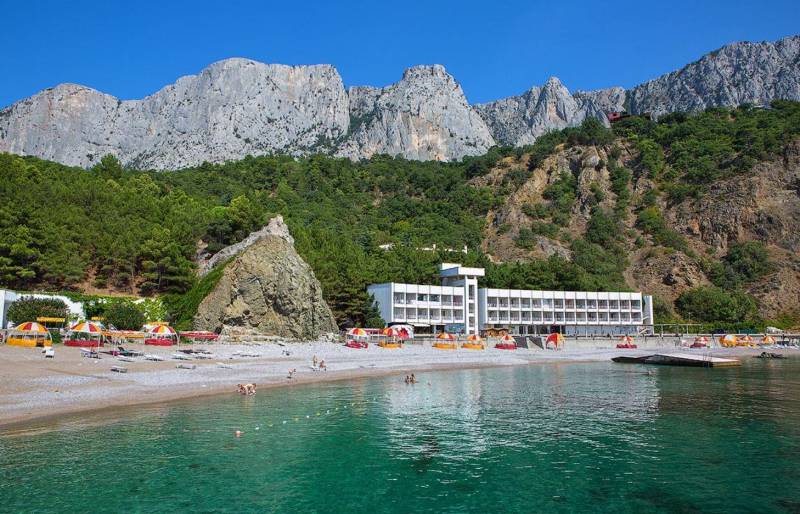 Seven years ago, after his reunification with the Russian Federation, many Russians decided to come to Crimea for the first time during the holiday season, ours. However, their impressions were mostly “below average”: the depressing state of roads, beaches, utilities and other hotel infrastructure, which was mainly represented by the private sector, did not fully allow enjoying the sea and beautiful nature. What has managed to change on the peninsula from 2014 to the present moment?


Undoubtedly, the main fault for this state of affairs lay with Kiev, which financed the resort region on a leftover basis. Ukraine did not make any serious investments in Crimea, therefore all the Soviet infrastructure it inherited was steadily worn out and dilapidated. Compared to the 2014 peninsula, the Black Sea coast of the Russian Kuban looked almost like a Riviera. Only large-scale state investments could radically change the situation, therefore, within the framework of the federal target program, in the period from 2015 to 2020, Moscow invested 668,4 billion rubles in Crimea. Since the FTP has been extended until 2025, the total investment in this resort region will amount to 1,374 trillion rubles. Let's see what has already been done and what is still planned for the next five years.

The key problem of the peninsula was its semi-isolated position in relation to the mainland of Russia, transport links and supplies were supported by ferry services. Also, a big problem for the Crimeans was the dependence on the supply of water and electricity from Ukraine, which were stopped almost immediately after the reunification. The turning point occurred in 2018, when several important infrastructure facilities were put into operation at once. The automobile part of the Crimean bridge was put into operation, which allowed Russian tourists to get to the peninsula from the Kuban by their own vehicles. An immediate increase in tourist traffic was recorded, amounting to 6,8 million people. In addition, its increase was positively influenced by the launch of a new terminal at Simferopol airport. The problem with the power supply of the peninsula was solved due to the commissioning of two thermal power plants, Balaklava and Simferopol.

In 2019, President Vladimir Putin opened traffic on the railway section of the Crimean Bridge. Subsequently, the transport connectivity of the peninsula with the mainland of Russia was improved as a result of the launch of the Tavrida highway, which connected Kerch and Sevastopol. After that, the construction of convenient exits from it to the sea coast began. As a result, in the "pre-coronavirus" 2019, a real attendance record was set: 7,4 million tourists visited Crimea during the season. According to tour operators, over a million tourists arrived on the peninsula for the May holidays in 2021, hotels are full. There is every reason to believe that the previous record will be broken. The main traffic goes through the automobile part of the bridge crossing from the Kuban.

Thus, we can summarize that the issue of transport isolation and the replacement of the Ukrainian tourist flow with the Russian one has already been resolved. As a result, over the past five years, in the national rating of the quality of life, the Republic of Crimea has risen from 76th to 42nd line, and Sevastopol - from 71 to 19. What prevents the full potential of this resort pearl from reaching its full potential?

At first, the most difficult problem is still the problem of water supply to the peninsula. Recall that Kiev in 2014 cut off the supply of water through the North Crimean Canal. Artesian wells turned out to be temporary and not the best solution. Now in Crimea, new water intakes are being built at an accelerated pace, military builders are laying pipelines that, as necessary, transfer water from one reservoir to another. The construction of several desalination plants is planned. Work is underway, but it is obvious that the problem will remain relevant for more than one year.

Secondly, great difficulties for the development of the region are presented by the regime of Western sanctions. Because of him, large federal retail chains, gas stations, telecom operators and banks refuse to work directly in Crimea. Restricted competition leads to a general increase in prices, which is especially noticeable at gas stations when compared with the neighboring Krasnodar Territory. Resort property prices are only going up. The situation is complicated by the fact that the average salaries of Crimeans are lower than the all-Russian ones by a third.

Moscow tried to bypass the regime of restrictive measures by the West at the expense of the Free economic zones (FEZ) for investors. However, in reality it was mainly used by representatives of the local Crimean business. The problem was that information about the companies that decided to work in the sanctioned region was initially open. Now officials have developed a new investment mechanism on condition of anonymity, which can be used by companies that have invested in the economy of the peninsula from 150 million rubles, receiving in return tax and insurance benefits. It is hoped that this will lead to an increase in private investment in Crimea.
Ctrl Enter
Noticed oshЫbku Highlight text and press. Ctrl + Enter
We are
Peace enforcement operation. Russia inflicts a preemptive strike on Kiev
Three years left: Ukraine will be sold in parts
Reporterin Yandex News
Read Reporterin Google News
17 comments
Information
Dear reader, to leave comments on the publication, you must sign in.