Where did the Italian sewage system come from on "Admiral Kuznetsov" 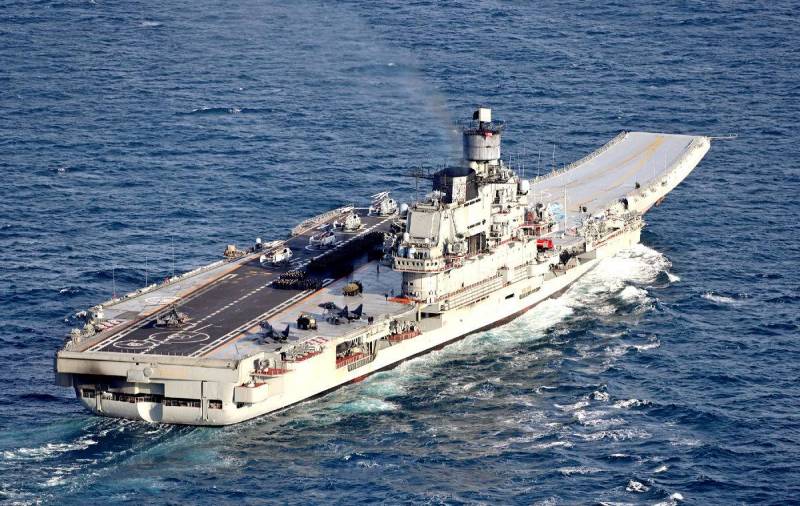 The history of our only at the moment and long-suffering heavy aircraft carrier "Admiral Kuznetsov" reflected, perhaps, all the imaginable and inconceivable problems of the domestic fleet: initially not the most successful project, serious technical problems during subsequent operation, the loss of several aircraft not in battle during the "Syrian hike ”, the risk of going to the bottom in peacetime along with the floating dock, as well as the subsequent fire during restoration work. Now there are serious questions about how the repair of Russia's only light aircraft carrier is proceeding.


Probably, the main problems of "Admiral Kuznetsov" are explained by the fact that it was originally designed as a helicopter carrier, but later it was decided to make a full-fledged aircraft carrier out of it, capable of accepting not only helicopters and VTOL aircraft. At the same time, the TAVRK was to be positioned precisely as an aircraft-carrying cruiser in order to be able to pass the Turkish straits in accordance with the Montreux Convention. The situation was aggravated by the objectively insufficient experience of the pilots of the Russian carrier-based aviation and a number of technical problems of the very old ship itself. The combination of these factors can explain the not very impressive results of the Syrian campaign of "Admiral Kuznetsov".

Despite this, the Ministry of Defense of the Russian Federation is clearly not ready to abandon the last aircraft carrier in the Navy. TAVRK, capable of carrying up to 50 aircraft, can still perform certain combat missions, as well as serve as a training ship for carrier-based aviation pilots. As part of the modernization, new boilers should be installed on the heavy cruiser instead of the old problem ones and pumps, new flight systems and communication systems, as well as the sea version of the Pantsir air defense missile system. The main turbines of its power plant are also subject to repair. However, all this somehow went wrong.

In 2018, "Admiral Kuznetsov" almost went to the bottom not because of an anti-ship missile hit, but as a result of an accident with the PD-50 floating dock at a shipyard in Murmansk. The TAVRK was saved only thanks to the actions of the remaining crew on board, but a crane collapsed on its deck, making a hole in the surface of the hull. Unfortunately, the ordeal of the heavy cruiser did not end there. A year later, during the welding work on the aircraft carrier, there was a severe fire, the damage from which was estimated by the head of the United Shipbuilding Corporation (USC) at $ 500 million. Because of this, the deadlines for the delivery of the TAVRK to the military were postponed until 2022.

Unfortunately, this is not the end of our last aircraft carrier. Last year, USC was forced to terminate the contract with the general contractor for the construction of a dry dock for the cruiser, JSC Investments. Engineering. Construction "(I.I.S.) with the following wording:

The financial condition of the company is unsatisfactory, they took an advance payment much more than they completed the work.
And in March 2021, on suspicion of embezzling funds allocated for the repair of the TAVRK, the general director of the 10th Order of the Red Banner of Labor Shipyard was arrested. The investigation charges the top manager of the Murmansk contractor enterprise with embezzlement of 45 million rubles. That's it. It's all?

No, not all, alas. Now questions arose about the components used in the restoration of the cruiser. The questions are far from idle, since foreign suppliers of equipment and components may in the future simply refuse to service and repair them. This is a big problem for domestic civilian shipbuilding, and for the military, such a situation is in principle unacceptable. In general, the process of import substitution in our country is really going on and is gaining momentum, but some of the foreign equipment is still trying to stuff on the Admiral Kuznetsov.

Thus, despite the presence of domestic counterparts, Italian-made wastewater treatment plants (EWTP) will be supplied to TAVRK. There are almost 2000 crew members on board; it is prohibited to drain into seawater without preliminary cleaning. Initially, the choice was made in favor of the Italian company Tecnicomar, but the Russian Vineta, based in the Leningrad region, protested. As a result, the customer made a very strange decision, putting both Russian and Italian installations on one ship at the same time. It is clear that this will only complicate the subsequent operation and create dependence on a foreign supplier. Well at least they did without Italian brushes.

Also puzzling is the choice in favor of the products of the Norwegian company Jotun Paints and its paintwork (LCP). More than 52 thousand liters of paint will be purchased from it without any tenders, and the requirements for using the products of this particular company are enshrined in the project documentation for the repair. What kind of miracle beauty is this, unparalleled? By the way, there are domestic analogues, which raises legitimate questions to the customer. At least it would be possible to hold an open tender and compare all the offers on the market.

Further, despite the fact that Russia has already been able to create its own analogues, the Admiral Kuznetsov's side boats will be powered by Caterpillar-3056 138 kW (188 hp) engines with a reverse gear. Perhaps these are high-quality power plants, but why create dependence on an American company with your own hands? Finally, for some reason, German-made sealing materials were used in the aerofinishers of a heavy cruiser, although several Russian enterprises can produce the corresponding products at once.
Ctrl Enter
Noticed oshЫbku Highlight text and press. Ctrl + Enter
We are
Are aircraft carriers a weapon of a bygone era? No matter how
The Russian Navy can replenish with two aircraft carriers: what kind of ships were laid in the Crimea
Reporterin Yandex News
Read Reporterin Google News
14 comments
Information
Dear reader, to leave comments on the publication, you must sign in.