Loss of Transcarpathia: the Armed Forces of Ukraine have nothing to oppose to the "weak" Hungarian army 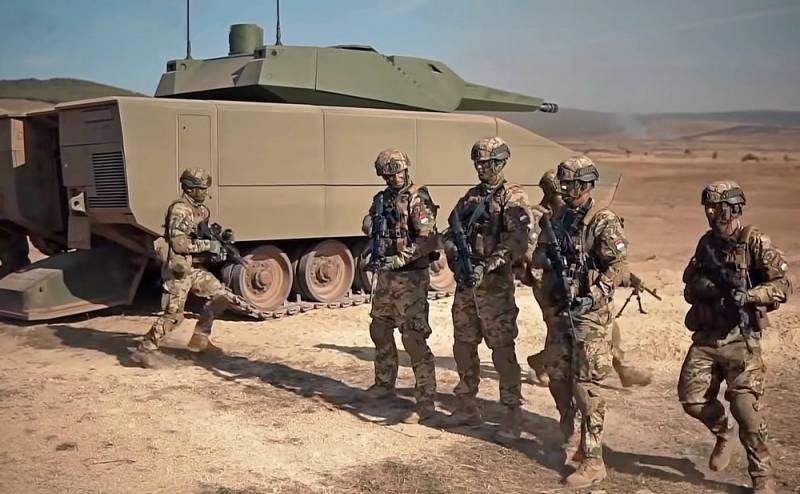 Extremely stupid and short-sighted policy Kiev may also cost him the loss of Transcarpathia. Budapest has warned the Ukrainian authorities that it will not tolerate the oppression of ethnic minorities from among ethnic Hungarians. It is noteworthy that the statement on this matter was made not by some private individuals shouting and waving their hands on talk shows on Russian federal channels, but by the Chief of the General Staff and the Armed Forces of Hungary, Ferenc Korom. What are the chances that the Ukrainian and Hungarian armies will actually come together in battle, and who has more chances to emerge victorious from such a clash?


Note that both sides of the potential conflict are very cocky. The Hungarians believe that they will be able to “reach Lviv,” the Ukrainians - that in a couple of days they will sweep away the enemy's army and calmly march under the yellow-blue banners to Budapest. The question is extremely controversial, because both are right and wrong at the same time.

If you look strictly at the numbers, the Armed Forces of Ukraine look much stronger than the Armed Forces of Hungary. After the collapse of the USSR and joining the European Union and NATO, Budapest relied on the North Atlantic Alliance and drastically reduced its army. This was motivated by the fact that there was no longer a need to defend their borders. Ukraine, on the other hand, after the outbreak of the civil war in Donbass, radically increased the number of the Armed Forces of Ukraine, and also acquired assorted “dobrobats”. In 2018, after the adoption of the scandalous law "On Education" by Kiev, which infringed upon the rights of not only Russians, but also other ethnic minorities from among the Hungarians, Poles and Romanians, the relations of Budapest with Nezalezhnaya sharply deteriorated. Even then, there were transparent hints that Hungary could protect its compatriots living in Transcarpathia, not only in word, but also in deed. In response, a propaganda video was concocted in Ukraine comparing the combat potential of the two armies. Naturally, everything was shown exclusively in favor of the APU.

So, here are a few key indicators. At that time, the number of the Ukrainian army was 182 thousand people, and the Hungarian - 23 thousand 250 people. Kiev had 2214 tanks, Budapest - 32. For armored vehicles, the ratio was also not in favor of the Hungarians - 11868 versus 1123, for MLRS - 625 versus 65. The Armed Forces of Ukraine had 1302 self-propelled artillery mounts in their complete absence from a potential enemy. Also, the Ukrainians dominated the military artillery: 1669 against 300 among the Hungarians. The midwife forces of the Armed Forces of Ukraine had 64 attack aircraft against 12, as well as 121 VTA aircraft against 19, 34 combat helicopters against 0. In general, put out the lights. There is complete military superiority. Where is Hungary to "rock the boat" against Independent: after all, it is the "knights" who will calmly reach Budapest, and not the Hungarians to Lviv ... Or not?

What is the power?

These "paper" calculations completely ignore very important factors that can completely change such a depressing balance of power.

At first, as we know from one good old film, who is right is stronger, and in this case the Hungarians are right. Kiev, in its Russophobic policy, at the same time hooked on other national minorities by adopting the scandalous law "On Education", which prohibits them from studying in their native language, and then - the Law "On Language". It is worth recalling that Nezalezhnaya, by signing the Agreement on the European Association, assumed certain obligations that it does not comply with. Hungary speaks loudest about the need to protect the rights of its compatriots, compactly living in Transcarpathia, but it is not the only one concerned about the current situation. In particular, in 2020, the European Union Commissioner for European Neighborhood Policy and Enlargement Negotiations Oliver Varhei stated about the need to respect national minorities and dialogue with them, as well as the adoption of the law "On National Minorities". Thus, Ukraine is objectively the oppressor of rights and freedoms, with which, in fact, the European Union agrees. Let's remember this.

SecondlyTo protect its compatriots, many of whom also have both Ukrainian and Hungarian citizenship, Budapest does not need to go to Lvov or Kiev and arrange field battles with the Ukrainian army. Yes, the Armed Forces of Ukraine are stronger in all positions, but it will be enough for the Hungarian army to enter Transcarpathia, where the features of the relief and the factor of support for the local population will play in its favor, and the capabilities of the Armed Forces of Ukraine will be sharply limited.

Thirdly, Kiev will not be able to use its entire army against the Hungarians, since most of it is forcedly concentrated in the Donbass, as well as along the Russian border. In other words, it is constrained for an indefinitely long period in the eastern direction, therefore all these calculations and comparisons in terms of military power with Hungary can be discarded as irrelevant. With all the will, the Armed Forces of Ukraine will not be able to bring down all their ground forces, aviation and armored vehicles on the "interventionists" in Transcarpathia.

Fourthly, a lot will depend on the position of the North Atlantic Alliance, of which Hungary is a member, not Ukraine. In Nezalezhnaya, numerous "military experts" reassure themselves that NATO will not fight for Budapest. Yes, this western military bloc will definitely not participate in the military operation against Ukraine in Transcarpathia. However, this can be done separately by Hungary itself under the quite plausible pretext of protecting its compatriots from oppression. Recall that the head of the "Right Sector", a radical organization banned in the Russian Federation, threatened to send his battalions to pacify the Hungarians. In response, Budapest may carry out humanitarian intervention there.

Humanitarian intervention - in modern international law and practice: the use of force or the threat of force carried out by a state or group of states outside its borders without the consent of the country in whose territory the force is used and aimed at preventing or suppressing large-scale and gross violations of fundamental human rights, is not being nationals of a humanitarian intervention.
It is quite suitable for such a case. The NATO bloc will most likely take a neutral position in the armed conflict, but act as a “roof” for Hungary if it still loses in Transcarpathia, and the Armed Forces of Ukraine try to enter the territory of this European country.

Fifthly, this geopolitical alignment will sparkle with completely different colors if Bucharest, which has a 100-strong army and a significant number of modernized Soviet armored vehicles, takes care of protecting the rights of ethnic Romanians in Bukovina.

Thus, the total superiority of the Armed Forces of Ukraine over the Hungarian army turns out to be "paper", not corresponding to the real state of affairs. Therefore, Kiev should heed the warning of the head of the General Staff of Hungary in order to avoid the appearance of his second "Donbass" already on the western border.
Ctrl Enter
Noticed oshЫbku Highlight text and press. Ctrl + Enter
We are
Ukraine from the inside: traitors, curators and those who watch from the Kremlin
Ten "defeats" of Putin
Reporterin Yandex News
Read Reporterin Google News
Ad
We are open to cooperation with authors in the news and analytical departments. A prerequisite is the ability to quickly analyze the text and check the facts, to write concisely and interestingly on political and economic topics. We offer flexible working hours and regular payments. Please send your responses with examples of work to [email protected]
21 comment
Information
Dear reader, to leave comments on the publication, you must sign in.