Nationalization or Liberalization: How to Stop the Continuous Rise in Gasoline Prices 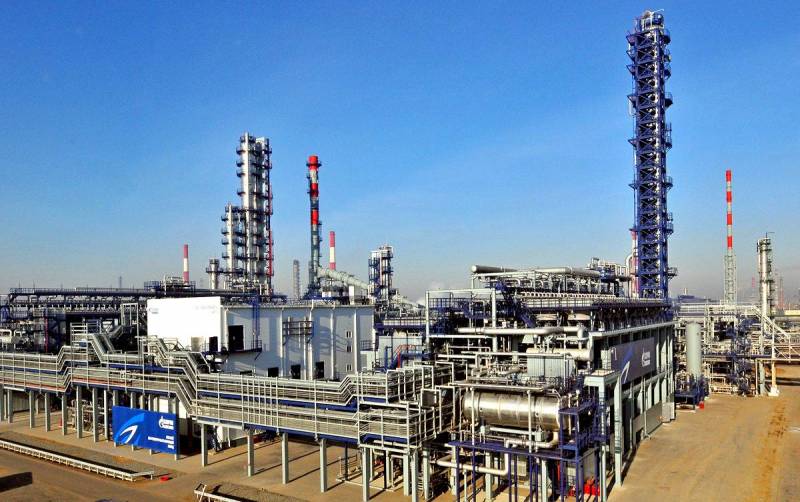 Prices for gasoline and diesel fuel in Russia have been growing for several months in a row. Given that there is a sowing plant on the nose, this can be a big problem. The government is considering a scenario of limiting the export of motor fuel abroad, but a number of independent experts believe that this is a half-measure that will only have a temporary effect. What are the options for solving a problem so important for the country's economic development?


Russia, one of the largest oil-producing countries, is unique in that the prices of oil products in our country are in no way linked to the quotations of "black gold" in the world. It doesn't matter if they rise or fall, for domestic motorists the price tags at gas stations will rise in any case. Why is this happening?

It's all about the system of internal pricing for motor fuel, which is regulated not so much by the market as by the state. It is estimated that 70% of the cost of 1 liter of gasoline at a gas station is made up of excise tax on fuel, VAT, MET and refinery costs for production and transportation. To this must be added the wrap up that the owners of the gas station do. The share of the cost of oil itself in the cost of oil products sold is about 7%. It is also necessary to take into account inflation, since, according to the established rules, motor fuel prices should rise within 1-2 percentage points below the inflation rate. According to the Central Bank, as of March 2021, it was officially 5,79%.

Since the beginning of the year, oil quotes began to grow significantly, but world markets should not have had a negative impact on the Russian one because of the so-called damper. According to this mechanism, the state compensates oil workers for part of the price in the form of negative excise taxes if the export price of raw materials is higher than domestically. It is believed that this allows companies to sell motor fuel in Russia at no loss. Conversely, if the export price is lower, then the refineries must compensate for the difference in the state budget. Remember, last year oil prices fell radically, but domestic motorists did not notice it? It's all damper.

We seem to have figured out the unusual pricing mechanism, but it is still not clear why then domestic prices began to grow so strongly? It's even more interesting here.

On the one hand, oil companies blame everything on “seasonal and climatic factors”. This refers to the abnormally cold winter of 2020-2021, as well as preparation for sowing, which will require a large amount of motor fuel and lubricants. On the other hand, according to independent experts, the government itself is to blame for the rise in gas station prices, which regularly raises excise taxes. Indeed, business is a business in order to earn money, he will not be involved in charity. Once costs have risen, oil companies, refineries and gas stations will shift their costs to the end consumer, that is, motorists, as well as farmers and everyone else.

In this context, it is curious how the government intends to deal with the fuel crisis. And the recipe from Prime Minister Mishustin, a native of the Tax Service, is rather unusual. First, in mid-April, the state allocated an additional 20 billion rubles for additional payments to oil companies within the framework of the damper mechanism. Now the Cabinet of Ministers is considering options to limit the export of motor fuel abroad. This should stabilize the situation and stop the rise in gasoline and diesel prices. However, it seems that the government is not fighting the cause of the disease, but its symptoms. Instead of reducing excise taxes, it intends to increase the standard for the supply of petroleum products to the domestic market for producers from 11% to 15%, as well as increase the amount of compensations from the federal budget for oil workers working in Russia. At the same time, other scenarios are also possible to resolve the problem with the fuel crisis, which regularly gives rise to relapses.

There are two mutually exclusive approaches. According to the first, the fuel market should be liberalized as much as possible. The state should enable new companies to build refineries, most likely compact ones, in the regions. Large players will then have to make room, but more supply will appear on the domestic market, which will lead to lower prices at gas stations. According to the second, diametrically opposite approach, the authorities should nationalize the entire oil sector of the country, creating something like Nefteprom by analogy with Gazprom. The emergence of a single monopoly would allow the state to centrally regulate motor fuel prices and not resort to a rather strange damper mechanism.

Instead, the government continues to maintain a bizarre symbiosis of several private oil companies and the federal budget. Whether such a scheme is justified and beneficial to our country is a big question.
Ctrl Enter
Noticed oshЫbku Highlight text and press. Ctrl + Enter
We are
Peace enforcement operation. Russia inflicts a preemptive strike on Kiev
US Global Economy: An End That Sneaks Noticeably
Reporterin Yandex News
Read Reporterin Google News
14 comments
Information
Dear reader, to leave comments on the publication, you must sign in.