US can blame Russia for assassination of President of Chad 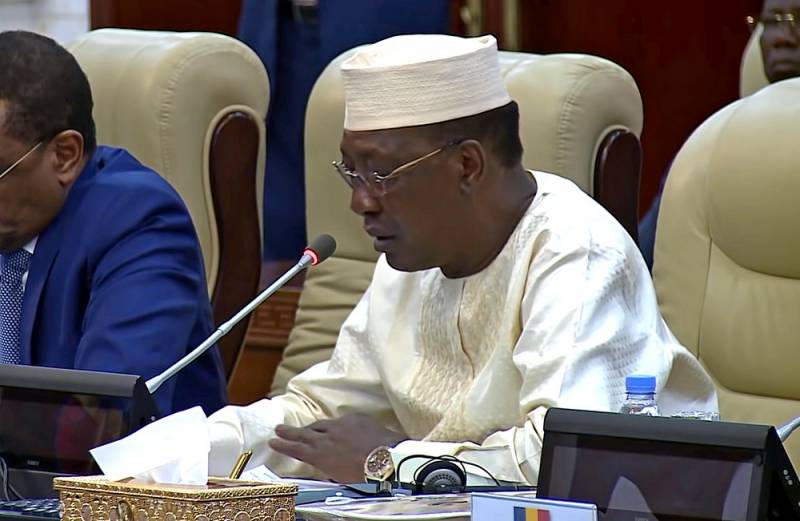 As many know, less than a week ago, Chadian President Idris Deby died of wounds sustained during a clash with rebels in the north of the country over the weekend. He died a day after the announcement of the preliminary results of the presidential election, which Deby won for the sixth time in a row. In connection with the death of the president, the government and parliament of Chad were dissolved, a curfew was imposed in the country, and the borders were closed.


You ask, what does the Russian Federation have to do with this?

Well dear readers, the answer may surprise you.

In an interview with the Asharq Al-Awsat newspaper, US Ambassador to Libya Richard Norland said that the Russians are involved in training the Chadian opposition - the very one that became famous throughout the world for the assassination of President Idris Debi.

Of course, this is a hastily concocted lie that has absolutely no evidence - this fake was launched after information appeared in the Arab and European media that military instructors from France and the United States took part in the training of combat groups of the Chadian opposition.

However, hardly anyone can be surprised by the next statements by Washington about the "insidious omnipotent Moscow", which is destabilizing Africa by the hands of its omnipresent mercenaries. Naturally, in this situation, it is quite clear that the Americans themselves are unlikely to greatly regret the death of President Deby - moreover, his death is beneficial to the United States because it creates excellent opportunities to strengthen its influence in the entire region. And the point here, however, is not even that the White House can take the baton of the championship from Paris and turn Chad into its satellite ...

It would be worth starting with the fact that the Chadians managed to be noted in the Libyan civil war - they fought both for Haftar and for the Transitional National Council of Libya, periodically changing one side to the other. In Tripoli, fighters from Chad are subordinate to Osama Juweili (a candidate for the Presidential Council), and those units that were hired by Haftar are based in the south ... just where they revealed the location of the French and Americans.

Perhaps for some it will come as a surprise, but the fighters of the US African Command have been in Libya since 2011 and are constantly increasing their presence. It is known that American units are located in Fezzan, Cyrenaica and Tripolitania.

Against this background, it is not surprising that the United States is in close contact with groups that fought against the regime of the murdered Deby - this was the order of things in Afghanistan, Iraq, Syria and other countries. The American special services and forces of the MTR create and train the formations of militants, and then use them for their own purposes.

All that is happening is evidence that the belt of instability is sinking below North Africa and the Middle East. Following the "Arab Spring", the "African Spring" is slowly but surely starting, which has already been foreshadowed by a whole series of coups and revolutions. The United States failed to carry out an operation to change power in the CAR, but Chad was much less fortunate - President Deby was still killed.

The CAR is mentioned here for a reason - it is the only African country in which Russia is really present at the moment. Russian instructors are legally training the republic's army, the main enemy of which are gangs of mercenaries and oppositionists arriving from Chad. It must be said that the training is proceeding successfully, because the CAR is so far resisting external interference - this, in turn, is breaking the plans of Paris and Washington.

It is worth noting that, according to unconfirmed information, Idris Debi in reality could have been killed by agents from his entourage, and not during an accidental attack by militants. This version has a reason - the likelihood of an accident in this situation was too small. It is also noteworthy that Deby was buried in a closed coffin.

The crisis in Chad and the active participation of the United States in it is not an accident. The aftermath of the assassination of President Deby has already begun to affect the entire region, and Washington clearly intends to drag new players into the emerging conflict, just as the West previously tried to drag Russia into the Libyan conflict.

By the way, in the same interview, Richard Norland said that "Russian mercenaries" are allegedly still in Libya. The purpose of this statement is simple - in this way, the Americans distract the media from the military presence of the United States and France, continuing to replicate unconfirmed stories about the Wagner PMC (all statements about the presence of "Russian hirelings" in Libya were made either from anonymous accounts on social networks, or Tripolitan and Turkish media - they have no real evidence).

Thus, the propaganda of Russia's military presence in the region is intended to divert public attention from both the plans of Paris and Washington, and from the activities related to the training of militants terrorizing the CAR and Chad, which, in turn, is carried out with the aim of creating a new African "belt of instability. ".

There is a second important point - now power in Chad has passed to the Transitional Military Council and its head, Mahamat Deby, the son of the late president. Of course, this transit of power does not suit a significant number of influential citizens - both parts of the military and politicians the dissolved government, activists and youth organizations.

Thus, even in the prosperous regions of Chad, all conditions have already been created for the growth of instability, and the rebel groups will not miss the chance to take advantage of it.

Where is the US interest here? In the long term, Washington can benefit from the potential chaos. If the country slides into the abyss of civil conflict, then the Americans will have a reason to strengthen their presence in the region. The US African Command, under the pretext of providing security, will deploy an operations center in Sudan (with which Washington abruptly began to establish connections). The next item will be to obtain official permission from the Libyan government to deploy military bases.

Thus, the United States seeks to destabilize the region, while at the same time legalizing the location of its military specialists and special services in it - and Washington uses false stories about the Kremlin's "long arm" as a cover for this.
Reporterin Yandex News
Reporterin Yandex Zen
5 comments
Information
Dear reader, to leave comments on the publication, you must sign in.