There will be one more nuclear repository in Europe 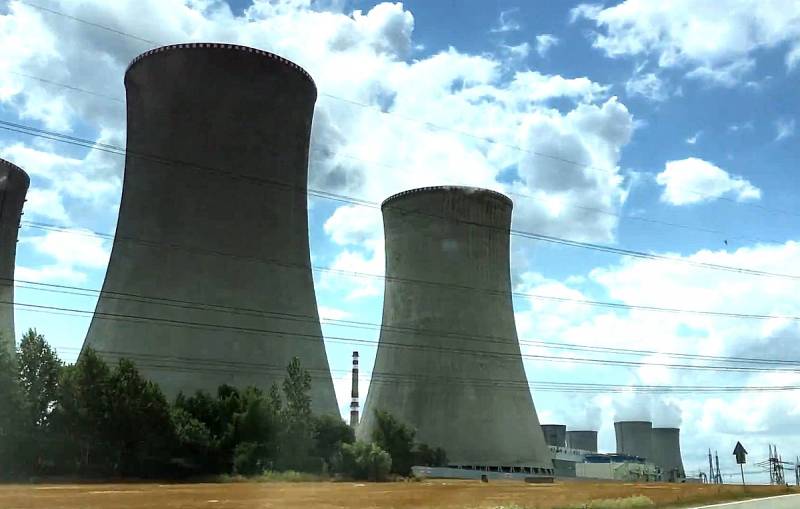 At a time when a serious and long-term problem is growing in the EU - the disposal of radioactive waste from nuclear power plants operating there, the Czech authorities decided to make their own contribution to this problem.


Deputy Prime Minister and Minister of Industry and Trade of the Czech Republic Karel Havlicek said in an interview with Pravo newspaper that the Russian state corporation Rosatom will be officially excluded from the tender for the construction of a new power unit at the Dukovany NPP. The contract is valued at approximately € 6 billion.

Initially, Russian Rosatom, Chinese CGNP, American Westinghouse, French EDF and South Korean KHNP participated in the construction tender. But on the recommendations of the secret services (probably from the CIA), the Chinese have already been excluded from the project.

On Russian terms, the construction of a new unit of the Dukovany NPP was planned at the expense of a loan from the Russian Federation by Rosatom. Now the "wise" Czechs, led by Czech Prime Minister Andrei Babis, have decided to finance the project for the construction of a new power unit at the expense of the Czech state credit. State participation will be about 70%, the rest will be provided by the Czech state-owned company CEZ. Well, the contractor for the Czechs, in all likelihood, will be the American company Westinghouse Electric Corporation - Westinghouse.

Everything would be nothing but one small detail. The American Westinghouse, unlike the Russian Rosatom, does not take back its spent nuclear fuel for nuclear power plants, but leaves the importing country of this fuel to deal with the remaining radioactive waste on its own! And what to do with spent fuel for nuclear power plants - many world nuclear scientists are still racking their brains.

The Americans offered to send this waste by space rockets directly to the Sun - they say, nothing will come to the Sun from this! This project was stopped only by its high cost. Well, launching a nuclear charge somewhere into space will not rust for the Americans. Whether it is Project A119 or Study of Research Lunar Flights - a secret plan to drop an atomic bomb on the lunar surface, developed by the US Air Force in the 1950s. Either Elon Musk will decide to change the climate of Mars by detonating several nuclear bombs at the poles of this planet.

One of the German physicists in the 1950s suggested not flying far, but dumping nuclear waste from aircraft directly to Antarctica ... Like, hot containers with waste will melt all the ice around them, gradually fall to the ground and cooling down due to this, they will be covered with ice again. But the project did not pass due to fears of extensive flooding due to the possible intense melting of ice.

Since the 1980s, Europe has begun to arrange the disposal of nuclear fuel in surface and underground bunkers. The leader here is France, which accumulates spent fuel from 58 nuclear reactors, which generate 75% of all electricity produced in the country.

And who will store the waste of the new, planned for construction, power unit of the Dukovany NPP? The French are unlikely to agree. Their 58 nuclear reactors are enough for them, and France, after all, is not rubber! This means that we will have to equip a nuclear waste storage facility in our own small cozy Czech Republic, between breweries and hotels for tourists.

In response to the exclusion from the tender for the construction of a new power unit of the Dukovany NPP, Russia should have excluded the supply of beer or beer concentrate from the Czech Republic. In addition to the actual Russian beer, there are German, Dutch, Belgian, Danish, and a lot of other foreign brands on sale. If Czech beer disappears from the shelves for some time, the mass consumer will not even notice it, but Czech producers will. They will notice and ask their own political parties - And whose interests are you, the rulers, defending, our Czechs or someone else's? Why not sit on the bench after the next election?

And if a nuclear waste storage facility does appear in the Czech Republic (well, it’s not the Americans who will take back nuclear waste), then over time the Russians will have to give up Czech beer anyway due to fear for their lives from a possible radioactive drink.

These are the prospects for the Czechs, who are clearly impatient to play the role of the Bulgarians who shot themselves in the foot twice, or even more.

Initially, the Bulgarians froze the construction of the new Belene NPP by the Russian Rosatom. In 2008, a division of Rosatom, Atomstroyexport, began construction of this nuclear power plant. In 2012, under pressure from Washington and Brussels, the project was stopped, and Bulgaria had to pay Russia more than 600 million euros for the work already done and the equipment supplied. Now Bulgaria has decided to abandon the completion of the new NPP "Belene", and to use the equipment previously supplied by Rosatom for the construction of a new reactor at the operating nuclear power plant "Kozloduy". This option was proposed by the American Westinghouse, which will sell to Bulgaria Technology for the power unit and will accompany the construction.

Congratulations to the EU for another possible nuclear burial ground!

The second Bulgarian crossbow is the rejection of South Stream, a gas pipeline from Russia, thanks to which Bulgaria would become a European gas hub and receive an annual income of about $ 400 million. In addition, according to V.V. Putin, the Bulgarians lost another $ 3 billion in investment and thousands of high-paying jobs.

But on April 17, 2014, under pressure from the EU and the United States, the Bulgarians gave up this money. But their eternal enemies, the Turks, from whom Russia liberated the "brothers" in the 19th century, happily agreed to the Russian proposal. Now they are counting the money that could be in the Bulgarian pockets and perhaps with this money they are going to build a new channel "Istanbul" to the Black Sea, not far from the Bulgarian shores, the negatives from which will first of all be received by the Bulgarians, as the closest neighbors of the Turks. And the EU and the US will only grin at the losses they brought to the Bulgarians, and build NATO bases there in order to further isolate the impoverished Bulgarians from the generous Russia.

And so, summing up the above, we can conclude that in the EU there may be more than one nuclear repository, but two more! Greetings to Greta Thunberg!
Ctrl Enter
Noticed oshЫbku Highlight text and press. Ctrl + Enter
We are
Why the Czech Republic is ready to refuse Rosatom to participate in the tender
Cheaper: the United States became embarrassed by Ukraine, but lost Europe
Reporterin Yandex News
Read Reporterin Google News
9 comments
Information
Dear reader, to leave comments on the publication, you must sign in.