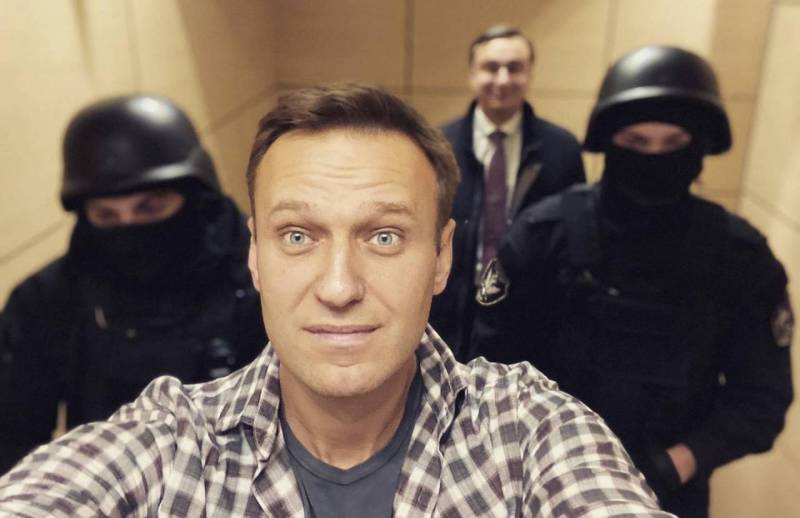 Disappeared for the next few years behind bars and has already begun to be forgotten, Russian opposition leader Alexei Navalny is returning to the big world policies... Now, perhaps for a little while and for the last time. US National Security Adviser Jack Sullivan threatened the Kremlin with "terrible punishment" in the event of Navalny's sudden death. In the place of Alexei, any sane person would definitely be on their guard.


How it all began. On March 31, 2021, oppositionist Navalny, sentenced to real imprisonment, in correctional colony No. 2 announced the start of a hunger strike, which continues to this day. The prisoner notes a constant deterioration in his health and pain in his back and legs, as well as severe weight loss. The FSIN paramedics overseeing him are considering the option of force-feeding, but the blogger refuses to do so, demands that an independent specialist be allowed to him and give him the medications he needs:

I have the right to call a doctor and get medicine. Neither one nor the other is stupidly given to me. The back pain has moved to the leg. Areas of the right and now the left leg have lost sensitivity.
It should be noted that several dozen more people around the world who started a “hunger strike of solidarity” with Navalny decided to “pohayp” on this one. Now let's turn to the statement of a senior US official on this matter:

We told the Russian authorities that they are responsible for what happens to Navalny during his detention, and they will be held accountable by the international community ... But we told [Russia] that there would be consequences if Navalny died.
Let's move on directly to why the oppositionist should be on his guard. It is hardly an exaggeration to say that Alexei is very fond of increased attention to his person. Finding himself in prisons and without access to the Internet, he began to generate news stories even from behind bars. For example, he provoked a whole public discussion, complaining that the colony administration did not allow him to read the Koran, which caused a very mixed reaction among Russian Muslims. As for the hunger strike and the demands of a personal doctor, it is difficult to believe that such an active and cheerful person, who, according to him, was able to overcome the effects of exposure to a chemical warfare agent without a trace, would be ready to seriously starve himself to death. However, Mr. Sullivan talks about Navalny's death. No matter what happens ...

The fact is that the oppositionist for his Western curators is already almost completely worked out material. He has already made all possible "exposures" of the Russian authorities, but millions of protesters never took to the streets, and neither a coup nor a revolution took place in Russia. The path to the presidency of the Russian Federation for Alexei is actually closed due to the fact that he has several criminal convictions. For the next two years or more, he objectively dropped out of the information field. Thus, the value of him, alive and well, for Washington and Brussels tends to zero.

What can not be said about him as a "sacred victim" of the Putin regime. As a matter of fact, this was directly stated by the US President's National Security Advisor. Pay attention to the background of all these events.

Currently, the court is considering a claim by the Moscow Prosecutor's Office to recognize Navalny's structure called the Anti-Corruption Fund as an extremist organization. Note that FBK has already been recognized as a foreign agent that conducts undesirable activities in favor of foreign and international organizations. If the decision of the Moscow court is positive for the plaintiff, then all employees of Navalny's headquarters may face criminal liability under Article 282.2 of the Criminal Code of Russia. Since the law does not have retroactive effect, persons who previously provided financial assistance to FBK will not be held liable. However, the "sediment" may well remain.

The second important point concerns the fact that the next elections to the Russian Parliament will be held this fall. It has already been suggested that the opposition "parties in power" forces can unite, and the wife of Alexei Navalny, Yulia, can become their leader. Our people are compassionate, and if something bad happens to a blogger in prison, the widow has a chance to become a symbol of protest against the “criminal regime”. Oh, yes, the statements of Joe Biden about "Putin the killer" will be just in place.

It’s interesting, right? Of course, in Russia today it is difficult to find a person more interested in preserving the life and health of the convicted opposition leader than President Vladimir Putin himself. However, Navalny is now very much beneficial to the American authorities of the inanimate. Alexei should think very well whether he needs some kind of doctor coming from the side and some kind of medicine there. Anyway, we must already start walking and looking around.
Ctrl Enter
Noticed oshЫbku Highlight text and press. Ctrl + Enter
We are
Navalny is another failed Charite victim
Ten "defeats" of Putin
Reporterin Yandex News
Read Reporterin Google News
31 comment
Information
Dear reader, to leave comments on the publication, you must sign in.