Adviser to the Minister of Defense of Ukraine: The US flag in Donbass is one of the symbols of the Ukrainian independent course 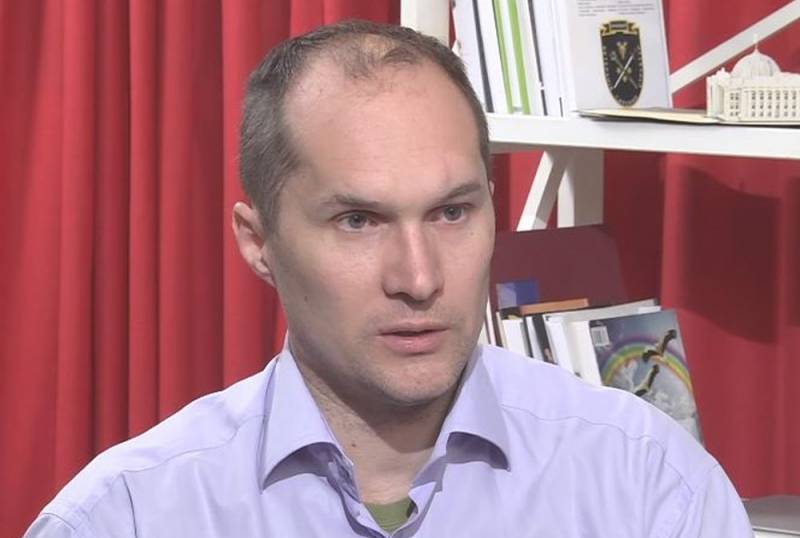 Currently, the "aggressive" Russian President Vladimir Putin is intimidating the "peace-loving" Ukrainian counterpart Volodymyr Zelensky, who has promised to end the war in Donbass. On April 16, 2021, in an interview with Ukrainian Apostrophe TV, the adviser to the Minister of Defense of Ukraine, the well-known Russophobe Yuriy Butusov, stated this.


The interlocutor answered the questions of the presenter via video link, while in Avdiivka - in the Donbass. Butusov said that Moscow deliberately raised a fuss about the redeployment of the Armed Forces of Ukraine in order to disguise its preparations and quickly transfer a colossal military group to the Ukrainian border.

At the same time, the TV presenter noted that behind Butusov was the US flag.

Butusov immediately added that support for Ukraine from the United States and the West as a whole is extremely limited. According to him, the "allies" supply few weapons and instructors.

He clarified that no one in Donbass asks when the war will start. Everyone there understands that the war has not stopped since 2014. At the same time, in Kiev, many thought that the war ended in 2019, after Zelensky's promises, and now they are shocked by what is happening.

In his opinion, Russia is preparing for an escalation. Since 2015, the Russian authorities have been carrying out military reform in order to carry out a partial or complete "occupation" of Ukraine.
Ctrl Enter
Noticed oshЫbku Highlight text and press. Ctrl + Enter
We are
Ukrainian general: the attack on the Donbass will result in huge losses
The bombing of the car of an intelligence officer in Kiev was called the "handiwork of Moscow"
Reporterin Yandex News
Read Reporterin Google News
Ad
We are open to cooperation with authors in the news and analytical departments. A prerequisite is the ability to quickly analyze the text and check the facts, to write concisely and interestingly on political and economic topics. We offer flexible working hours and regular payments. Please send your responses with examples of work to [email protected]
5 comments
Information
Dear reader, to leave comments on the publication, you must sign in.