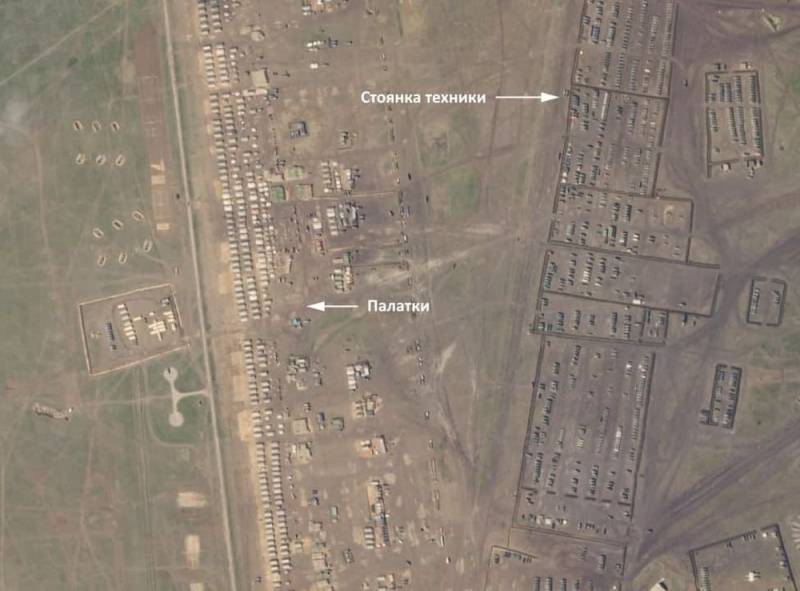 Despite the incessant lamentations from Kiev that "insidious" Moscow is pulling its troops to the Ukrainian border and the "Russian military" is about to "attack" the "peace-loving" Ukraine, the West impartially fixes a "slightly" different reality. On April 16, 2021, the German magazine Der Spiegel published an article titled "Russia is building a new military town in Crimea", in which satellite images were posted, including from the American company Planet Labs, Inc.


The publication informed readers that a huge field camp materialized 30 km south of the village of Marfovka in the east of the Crimean peninsula near the coast. It was noted that on March 15, 2021, this territory was empty, but now there are more and more different equipment, the total number of which has already exceeded 1000 units and the military facility continues to grow. 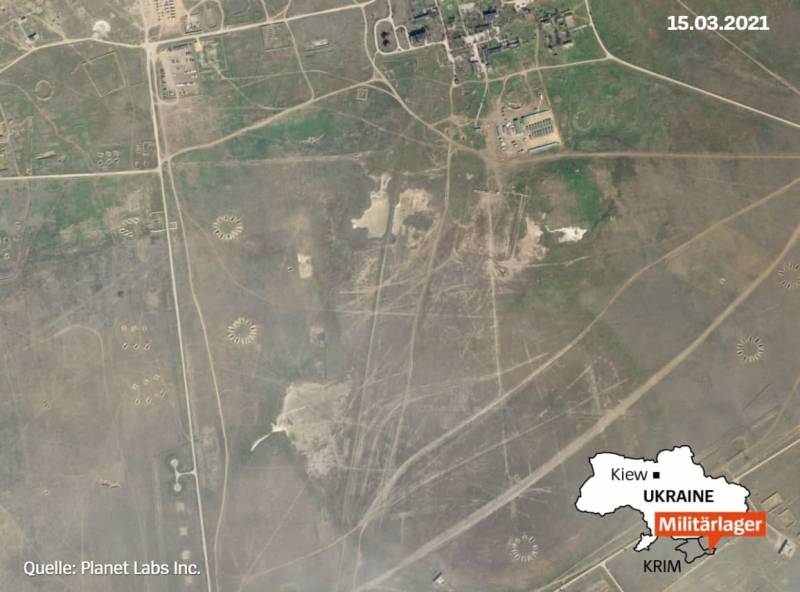 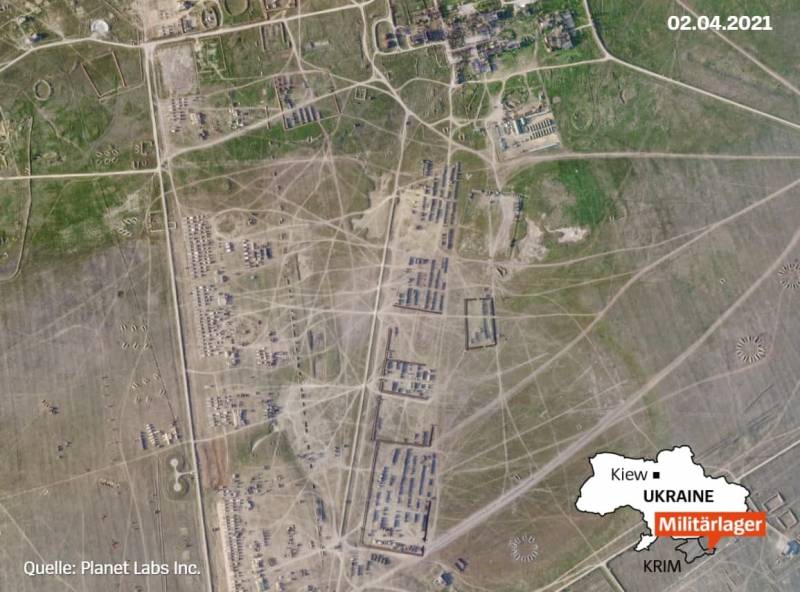 The Western press presented 5 pictures as evidence. One is dated March 15, the second is April 2, and the three remaining are dated April 13. Now there are fenced areas and various buildings. A smaller army (auxiliary) base has already appeared next to the main object, to the west of it. 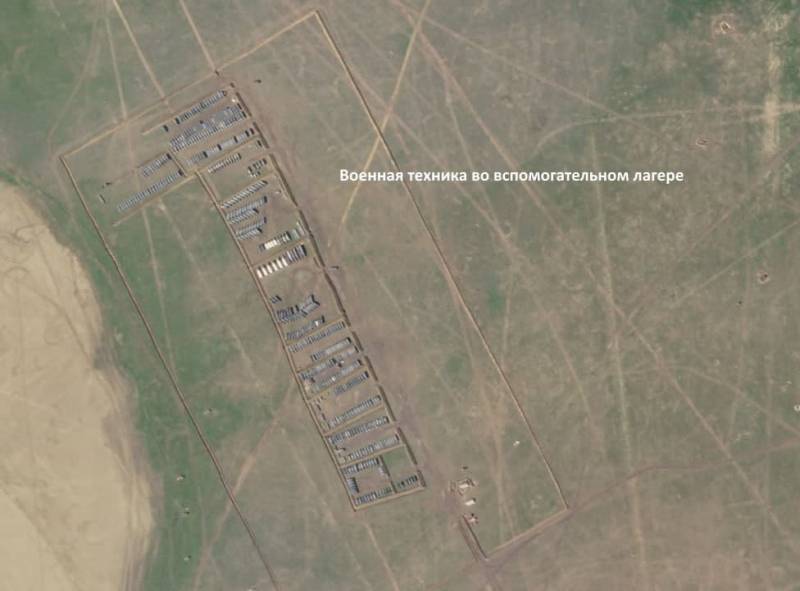 Note that the images presented eloquently indicate that the build-up of Russian troops in this area began after Kiev began the transfer of its forces to the Donbass and to the border with Crimea. The redeployment of the Armed Forces of Ukraine was carried out from the end of January to the middle of March of this year. Only after that did the Russian military "move", and in Kiev they stopped talking about the "liberation of territories", switching to "the enemy at the gates."
Reporterin Yandex News
Reporterin Yandex Zen
16 comments
Information
Dear reader, to leave comments on the publication, you must sign in.