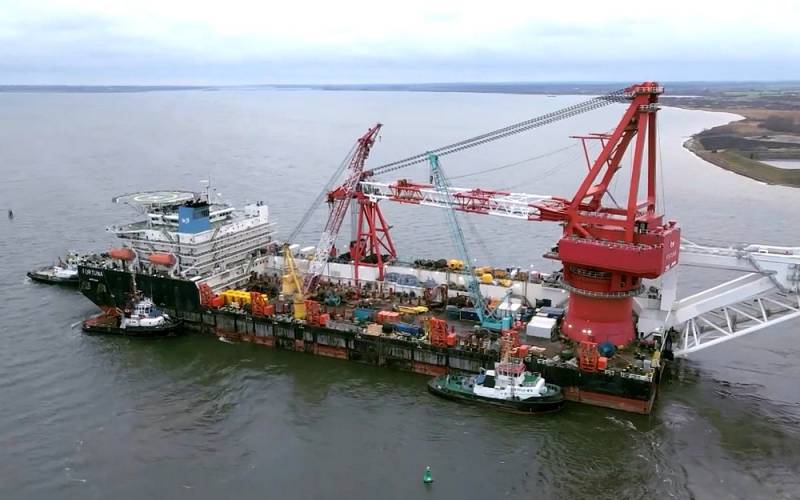 Ukrainian President Volodymyr Zelenskyy called the completion of the Nord Stream 2 gas pipeline "a matter of war" and if the project is launched, not only Kiev will lose. He stated this in an interview with the French newspaper Le Figaro, posted on April 16, 2021 on the website of the head of the Ukrainian state. At the same time, some Russian experts from among the respondents EADaily, consider the disruption of the project to be a check in the heat of the war in Donbass.


According to Aleksey Gromov, PhD in Geography, Head of the Energy Department of the Institute for Energy and Finance, the United States will use every opportunity to weaken the Russian Federation. Therefore, the observed "interest" of Washington in this gas transmission project is not surprising.

Any circumstances, aggravation of the situation in Donbass, statements of interference in the US elections and accusations of cyber attacks can be considered as a reason for introducing additional sanctions against SP-2. Some kind of logic or meaning of the introduction of these sanctions has not been seen for a long time, so nothing can be ruled out.
- said Gromov.

The expert stressed that SP-2 was conceived in the interests of Europe and Russia. The Europeans understand this, especially the FRG, which continues to support the project, despite serious US pressure. At the same time, the Americans are trying to stop the implementation of the project in order to receive economic benefit from selling your LNG to Europeans and political dividends from the control of a part of the energy market. In addition, it is in Washington's interests to maintain as large a volume of gas transit through Ukrainian territory as possible in order to keep the Ukrainian economy afloat at Russia's expense.

Gromov added that any conflicts and destabilization are not in the interests of the European Union, if the aforementioned occurs in the immediate vicinity. The most powerful countries in Europe, such as France, Germany and Italy, are interested in maintaining peace and reducing tensions between Ukraine and Russia. At the same time, Poland and the Baltic countries want the opposite - an escalation of the conflict.

In this case, the political attention of the United States will be riveted on this region, and these countries, the so-called small countries of Europe, expect to receive political and economic dividends from this for their development.
- summed up Gromov.

In turn, the chairman of the board of LLC Federal National-Cultural Autonomy "Ukrainians of Russia", an expert of IA "Regnum" and radio station "Voice of Russia", a permanent participant of international conferences: "World Congress of Russian-speaking Jewry" and "Institute of Russian Abroad" of the Academy of Sciences of Belarus , one of the founders of the International Public Movement "World without Nazism", political scientist Bogdan Bezpalko is sure that the current aggravation of relations is directed against the SP-2, since the United States cannot stop the completion of the pipeline in any other way.

Now the United States is resorting to extreme measures - provoking the Russian Federation into hostilities in order to use this as an excuse for Germany's refusal to complete this project. But here it turns out a double-edged sword - if Russia is provoked into hostilities, then Russia can go beyond what was usually assumed. It can force Ukraine to peace, it can change the government in Ukraine, it can control the Ukrainian gas transportation system, and so on. It is quite obvious that if we lose SP-2, we will need to compensate for this in something else, and such a scenario, as I understand it, does not suit the West.
- explained Bezpalko.

He clarified that there is a conflict of interests within the collective West. However, the supporters of the gas pipeline do not have enough strength to resolve the issue in their favor. Given the dependence on the United States, it cannot be said that the European Union in general and Berlin in particular have full-fledged sovereignty.

He summed up that the countries of Europe interested in long-term peace need to first take care of their own full-fledged sovereignty. Only after that will they be able to counteract the negative development of events, including in the Donbas.
Reporterin Yandex News
Reporterin Yandex Zen
2 comments
Information
Dear reader, to leave comments on the publication, you must sign in.