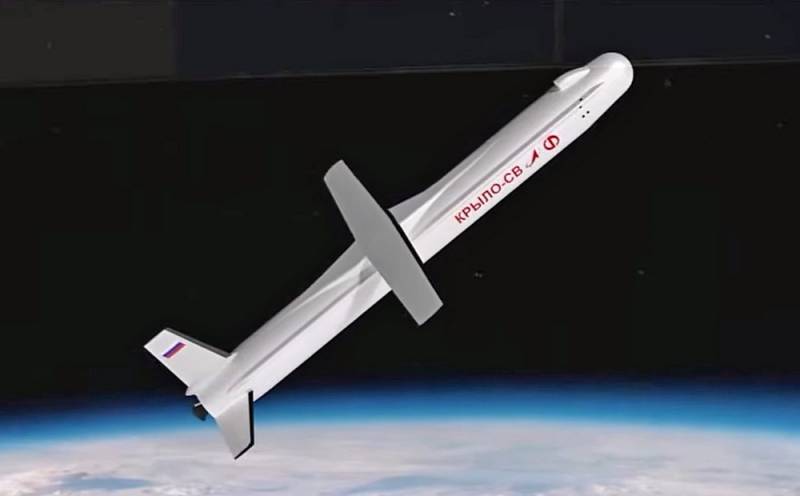 The Russian promising reusable light-class Krylo-SV missile will be able to land at any, even unpaved, airfield. Information about the new capabilities of the apparatus was shared by the head of the EKB them. Bartini TsNIIMash Boris Satovsky.


According to the developer, the chassis of the promising rocket will have interchangeable equipment. So, if the landing is carried out not on a concrete runway, but on an unpaved airfield, then skis will be used instead of wheels.

Recall that the preliminary design of a reusable first stage for a light launch vehicle was defended in 2019. At the beginning of 2020, work began on the creation of a flight demonstrator. The size of the latter will be 1/3 of the original.

The basis of "Wing-SV" was the design of the cruise missile "Baikal", which was developed by the Center. Khrunichev. The prospective vehicle will have a diameter of 0,8 meters and a height of 6 meters.

According to the project, the reusable first stage after separation will be able to return back to the cosmodrome using folding wings and an aircraft engine, landing in airplane mode. The Vortex liquid-propellant rocket engine will be developed specifically for Kryla-SV, with an estimated thrust of 4000 kgf.

Ctrl Enter
Noticed oshЫbku Highlight text and press. Ctrl + Enter
We are
Winged "Baikal": what should be a reusable launch vehicle
The revival of Baikal: what is wrong with the Russian reusable missile?
Reporterin Yandex News
Read Reporterin Google News
5 comments
Information
Dear reader, to leave comments on the publication, you must sign in.