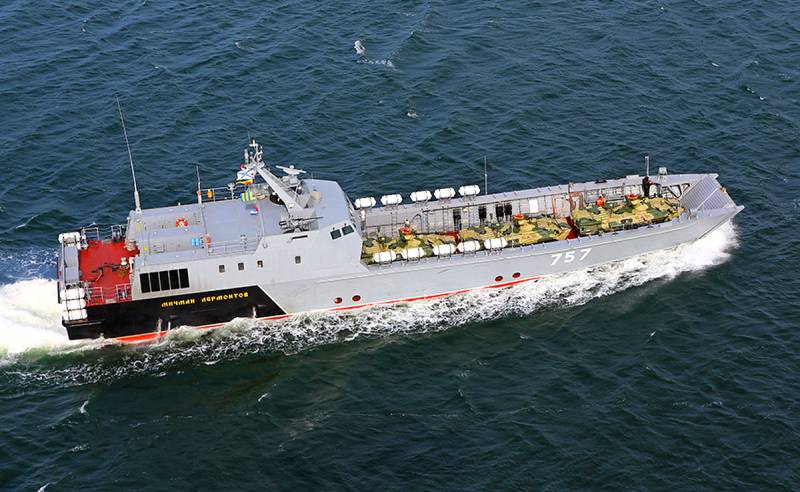 Russia's actions in the Black Sea region cause concern for Ukraine. Thus, Moscow sent more than ten artillery and landing ships of the Caspian Flotilla to the Black Sea. The purpose of the transfer of surface forces to Crimea is called military exercises to check the training of sailors during the winter period of training and, according to representatives of the Russian military department, Kiev should not be alarmed.


Andriy Klimenko, an activist of the Maidan of Foreign Affairs, notes that "this is the first time this is happening" and causes concern for the Ukrainian authorities, since landing boats, which the Russian Federation did not previously have in the Black Sea, were "driven" from the Caspian Sea. All this expands the capabilities of the Russian military fleet in the shallow areas of the Black Sea basin.

The power structures of the Crimea noted that such a transfer of ships does not go beyond the established practice of any state with a fleet, and the sailors are working on the training skills received earlier. This is not directly related to what is happening in Ukraine, although it may have a certain deterrent value.

Ukraine's concern is growing amid the increased movement of the Russian military equipment along the Crimean bridge in the direction of the peninsula. So, eyewitnesses report the dispatch of armored vehicles, howitzers and military trucks by rail.

However, the Russian Ministry of Defense reports that such movements of weapons clearly fit into the curricula of the Southern Military District. According to the editor-in-chief of the National Defense magazine Igor Korotchenko, Ukraine should not be interested in the details of the transfer of Russian units within the territory of the Russian Federation - Moscow has the right to decide for itself which regions of the country to send troops to.
Reporterin Yandex News
Reporterin Yandex Zen
5 comments
Information
Dear reader, to leave comments on the publication, you must sign in.