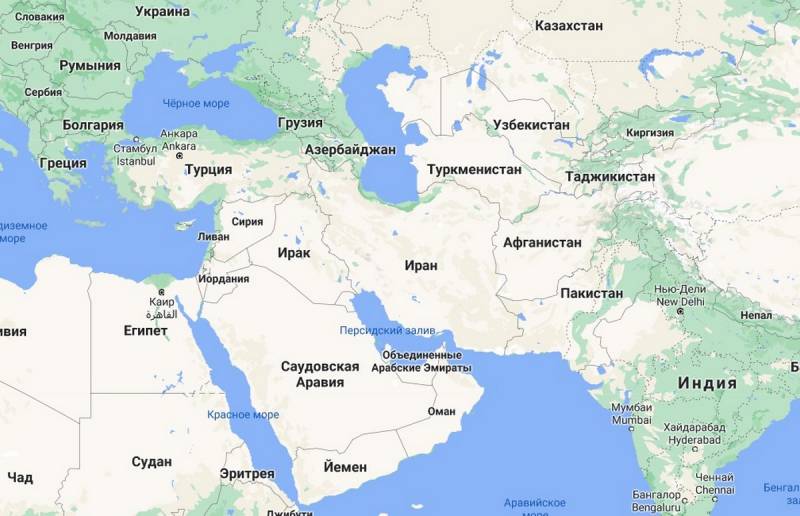 The coincidence of the "adventures" of the container ship Ever Given in the Suez Canal with the signing of a strategic partnership agreement between Iran and China will inevitably lead to increased interest in the Belt and Road Initiative (BRI), as well as in all interconnected corridors of Eurasian integration. Asia Times.


There are many land corridors passing through Eurasia connecting Europe and Asia. The symbol of the IPP is the Chongqing (PRC) - Duisburg (FRG) railway. The length of the route from China to the European Union is 11179 km, partly passing along the Trans-Siberian Railway (Transsib) in Russia. After some time, a high-speed railway should start functioning in this direction.

Overland corridors are gradually increasing their cargo traffic, and their competition with sea transportation routes is increasing. Some IPP trade routes are directly related to hydrocarbons. They are alternative routes that the United States cannot control.

For example, in the foreseeable future, oil and gas from Iran will begin to flow to Xinjiang (China) through a pipeline system that will be built across the Caspian Sea and Kazakhstan. In addition, Tehran is badly needed to create a transport corridor from the Persian and Oman Gulfs to the Black Sea and further across the Danube to the EU. Therefore, the United States regularly increases tensions around Iran and arranges "color revolutions" in the post-Soviet space, because Washington is extremely not interested in ending its hegemony.

The main problem remains the construction of a canal from the Caspian to the Persian Gulf through Iranian territory. This requires at least $ 7 billion. Another pressing issue is the transition to container shipping in the Caspian. The SCO believes that this will increase Russia's trade with India through Iran and become an additional route for China's trade with Europe. In Beijing, it has already been called the Sino-Iranian Economic Corridor (KIEK).

At the end of 2020, Afghanistan, Pakistan and Uzbekistan agreed to build a railway, which will be a major step towards expanding the China-Pakistan Economic Corridor (CPEC), in which Moscow is really interested.

Another important project is the International North-South Transport Corridor (ITC). Iran, Russia and India have been discussing the difficulties of building this 2002 km sea / rail / road trade route since 7200. The ITC starts in Mumbai (India) and runs through the Indian Ocean to Iran. Then through the Caspian it goes through the territory of the Russian Federation to Moscow. Azerbaijan, Armenia, Belarus, Kazakhstan, Tajikistan, Kyrgyzstan, Ukraine, Oman and Syria have also expressed interest in the project. MTK is cutting the delivery time of goods from western India to the European part of Russia from 40 to 20 days, while reducing costs by 60%.

Iran has already announced that the next step will be an agreement on strategic cooperation with Russia. At the same time, India wants to conclude a free trade agreement with the EAEU.

In turn, Russia is considering the possibility of building a canal between the Caspian and Azov Seas. In the Caspian Sea, the construction of the seaport of Lagan (Kalmykia) is already underway to transship 12,5 million tons of cargo per year. The initiators of the mega-project for the construction of the Eurasia navigable canal (Kalmykia-Stavropolie-Rostov Priazovye), 780 km long, are China and Kazakhstan. The port of Lagan will become a hub connecting several corridors of the IPP of China, the Russian Trans-Siberian, the countries of Central Asia, Iran, Turkey and Europe. In Iran, the port of Amirabad on the Caspian coast will be connected to the port of Chabahar (Strait of Oman), through which communication with India will be carried out. Therefore, China, India and Iran want to invest in Lagan.

When the Caspian Sea is connected to international waters, an alternative trade route to the Suez Canal will appear. The new architecture of the XNUMXst century is already taking on visible outlines. China creates many trade routes for continued economic development. At the same time, Russia provides security and is a reliable supplier of energy resources. Moscow already controls the Trans-Siberian Railway, the Northern Sea Route and other trade routes. In the future, a channel from the Caspian to the Sea of ​​Azov will be added to them, this will make Russia the ruler of transport routes and help implement the concept of Greater Eurasia, the media from Hong Kong summed up.
Reporterin Yandex News
Reporterin Yandex Zen
17 comments
Information
Dear reader, to leave comments on the publication, you must sign in.