"This is how wars begin": the British on the appearance of Russian S-300s near Ukraine 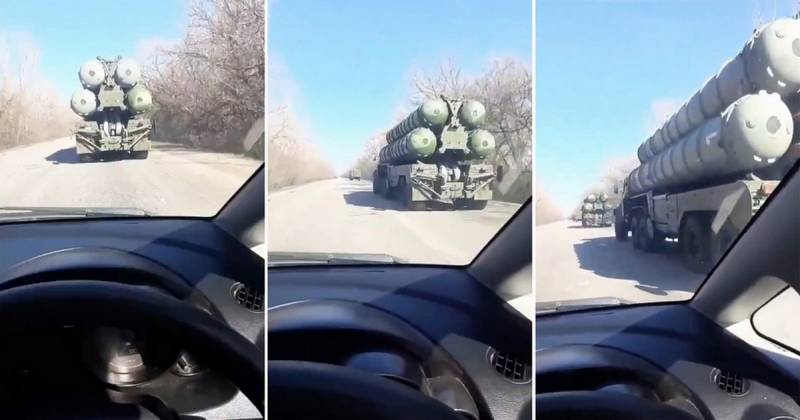 British Daily Express readers commented news that Russia is allegedly deploying S-300 anti-aircraft missile systems along the borders with Ukraine. As evidence, the tabloid cites screenshots from a video taken by a car registrar in an unknown location.


The special flavor of the news is added by the fact that the video itself in the title was named with the phrase "terrifying footage".

I don't like Russia or China, but why would we go there? After all, so far they do not threaten the European countries, NATO members! China, on the other hand, needs to be challenged in the South Sea, because this is the international path it claims to take.
- says PeopleFirst.

This post is unlikely to be credible as it relies on misleading headlines to drive views.
- pointed out Lloyd Bainbridge.

This is a direct consequence of the recent summit between Russia and China.
- suggested Hello Ducky.

Anti-aircraft missiles can hardly be called an offensive weapon ... unless the plane is over foreign territory ...
- reminded Border_Reiver.

I wonder which civilian planes this time will be the target of the Russians? They seem to only like pulling the trigger when the target cannot retaliate.
- Redlion sneers evilly.

This is how idiots start wars, but the problem is that other people need to die in them.
- Retep13 is indignant.

No one in the West cares about Russia anymore. It is a regional power at best. They need to worry more about China, which has plans for Siberia and its oil and gas fields.
- considers uberalles.

It's strange, my research shows that Russian-speaking people make up only 17% of the population of Ukraine, and I could not find any information that "more than half of the population wants to be Russian."
- writes CoeurdeLion.

The airline needs to be warned that this or that plane may be shot down "accidentally"
- CYNIC worries.

The investigation is still ongoing, and Ukraine has many questions about why in 2014 they allowed a civilian airliner to fly over the war zone.
- reminded Username Mk2.

Expect a coordinated attack from four sides: Russia to Ukraine, China to India and Taiwan, North Korea to South Korea, and Iran's attacks on Israel and oil routes
- predicts Geoff123456.

I think it can happen, alas. But if something like this does happen, it will be the end of civilization as we know it now. There will be a huge adjustment in the size of the world population, say, up to 2 billion, for domination over which the struggle between communism and Islamism will unfold. Not the best choice, but for myself I know which one I would prefer
- replies to the previous user ShakerVara (user with Che Guevara's avatar).
Reporterin Yandex News
Reporterin Yandex Zen
7 comments
Information
Dear reader, to leave comments on the publication, you must sign in.