The Caspian problem will finally set Russia apart with Azerbaijan, Turkey and Turkmenistan 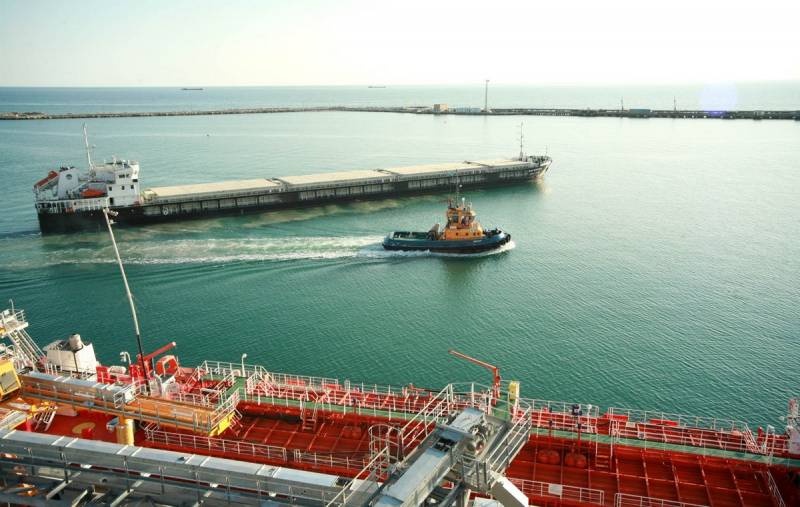 In the near future, Russia risks getting another point of tension on its southern borders. It can become the Caspian Sea, and our opponents - again Turkey, as well as Azerbaijan and Turkmenistan that have joined it. What gives reason to believe so?


The problem of the status of the Caspian arose in 1991 after the collapse of the USSR, when instead of two countries it suddenly needed to be divided into five. It was also not entirely clear how to classify it as a lake or a sea, and what legal norms to apply in this case. The increased interest in this reservoir was due to its extremely convenient geographical position, as well as the richest natural resources (hydrocarbons and valuable fish species). In 2018, a breakthrough occurred in the long-term negotiations, and the issue was settled in the relevant Convention. But it might be better to keep it suspended indefinitely. And that's why.

At first, the determination of the legal status of the Caspian opened the way in principle for the construction of the Trans-Caspian gas pipeline from Turkmenistan to Europe. The reserves of Turkmen natural gas are estimated at 19,5 trillion cubic meters, but its sales are limited only to the Asian and Russian markets. At the same time, China buys "blue fuel" at discounted prices as payment for the loan, which was used to build the pipeline. The Central Asian republic is extremely interested in entering the rich European market.

The capacity of the proposed Trans-Caspian gas pipeline should be up to 30 billion cubic meters per year. It can pass along the seabed with access to the territory of Azerbaijan and Turkey, and there, through the Trans-Anatolian gas pipeline, join the Trans-Adriatic pipeline and enter the market of Southern Europe. The estimated cost of the project is $ 5 billion. The gas pipeline is beneficial to all its participants, except for Gazprom with its Turkish Stream, which, by the way, itself uses Central Asian gas as a resource base.

The Convention on the Legal Status of the Caspian Sea, signed in Kazakhstan in 2018, opened the way for the construction of an alternative gas pipeline, since, in accordance with it, Russia's consent is no longer required. Only neighboring countries need permission, not all five. If you look at the press of the rest of the Caspian republics, you can see how joyfully rubbing their hands is there, impatiently waiting for a signal to start. Why the Kremlin signed such a thing is unclear. If now Moscow declares that it did not mean this at all, but something else, then the conflict with Azerbaijan, Turkmenistan and Turkey cannot be avoided.

SecondlyThe Caspian Sea is becoming a key point in the implementation of the large-scale infrastructure project "Middle Corridor", which should connect China, Turkmenistan, Kazakhstan and Azerbaijan through this water area by a single transport corridor. And now, after the defeat of Armenia in Nagorno-Karabakh and the forced opening of the land corridor to Nakhichevan, directly to Turkey. Ankara intends to become "Beijing's window to Europe", turning its country into a "logistics superpower". And she has already done a lot for this. Turkey launched the underwater Eurasian tunnel, which connected the European and Asian parts of Istanbul. Travel on it is paid and is 15 liras. A new airport was opened in this city, and a third bridge was built over the Bosphorus. President Erdogan said at its grand opening:

We will build a similar bridge across the Dardanelles and accelerate the construction of the Istanbul Canal, and new projects will follow.
"Sultan" is actively promoting the idea of ​​building an alternative to the Bosphorus, the Istanbul canal, through which the passage will also be paid. Ankara intends to modernize its railways and three ports at once: Mersin and Chandarli-on-te-Agean in the Eastern Mediterranean and Filyos in the Black Sea. But all this requires huge investments from China itself, and therefore President Erdogan in Nagorno-Karabakh proved his determination in promoting Turkey's national interests in the eyes of partners. What exactly will Medium Corridor give her?

First of all, participation in the New Silk Road initiative means the arrival of Chinese investments in Turkey, which Beijing is not particularly stingy about. The transport corridor from Asia to Europe will contribute to the development of those regions of the country through which it will pass. The implementation of the "Middle Corridor" will allow Ankara to become a major regional trade hub and diversify the Turkish the economyby taking away part of transit flows from Russia with its "Northern Corridor". Why Moscow didn’t think about all this, proudly signing the Convention on the Legal Status of the Caspian in 2018, and looking in 2020 as Azerbaijan, with the help of Turkey, “rolls out” Armenia in Nagorno-Karabakh, is completely incomprehensible. But now we have another man-made problem on the southern flank.
Ctrl Enter
Noticed oshЫbku Highlight text and press. Ctrl + Enter
We are
Peace enforcement operation. Russia inflicts a preemptive strike on Kiev
Three years left: Ukraine will be sold in parts
Reporterin Yandex News
Read Reporterin Google News
12 comments
Information
Dear reader, to leave comments on the publication, you must sign in.