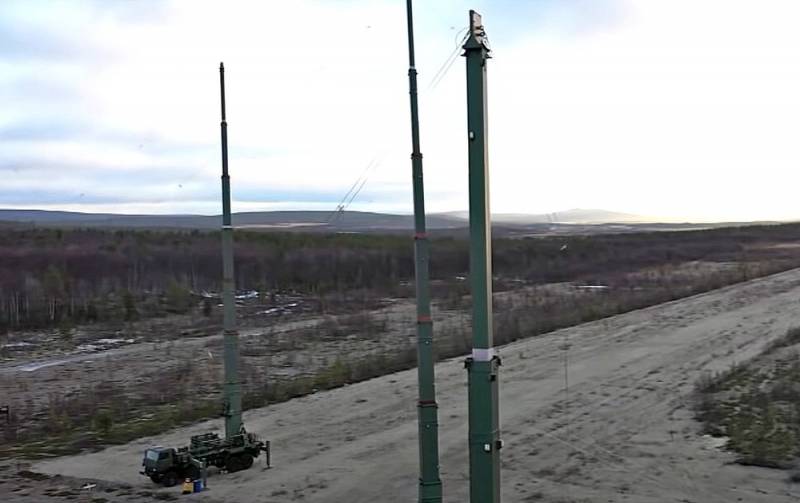 "Incredible", but true: Russia has pulled ahead significantly in development of technologies conducting electronic warfare, and this is recognized by our potential adversaries in the person of the United States, calling our electronic warfare systems "world-class forces." Experts from the American Accounts Chamber presented a conclusion according to which Moscow has significantly overtaken Washington, and China is actively catching up with it. Why did this happen, let's try to figure it out.


Electronic warfare is a type of warfare conducted in the electromagnetic spectrum. In modern warfare, it is critically important to drown out the communication, reconnaissance and control systems of the enemy with your own radio interference, as well as to protect yourself from oncoming electronic warfare. Without this component, it is simply impossible today to conduct effective military operations either at sea, or on land, or in the air, or in outer space. And now the United States, which is considered to be a technically advanced superpower, to which it is customary to be equal, admitted that it lost the palm to its two main opponents. The Accounts Chamber writes about this in its report, but not ours, but the United States:

We are not the only world power that understands the importance of excellence in the electromagnetic spectrum. Potential adversaries, including Russia and China, have made significant progress in improving their capabilities in the field of combat in the electromagnetic spectrum and in the use of this spectrum in general.
In the Chinese, the Americans found developments in the field of UAVs equipped with electronic warfare systems. Also, the Pentagon is concerned about China's exercises to suppress the operation of satellite navigation and communication systems. This casts doubt on the effectiveness of the entire enormous striking power of the United States. But we are more interested in the Russian achievements in this area, which were noted by the Accounts Chamber. And we actually have something to show.

From the names of modern domestic electronic warfare systems, when enumerated, it can dazzle in the eyes. These are Krasukha-2.0, Krasukha-S4, Murmansk-BN, Svet-KU, Borisoglebsk-2, Zaslon-REB, Infauna, and Judoka "(I wonder who the developers had in mind?), And" Palantin ", and" Lesochek ", and" Resident ", and the notorious" Khibiny ", and" Moscow-1 ", and" Vitebsk ", and" Himalayas " , and "Lever-AV", and "Mercury-BM", and much more. It's nice to know that there is such a wide range of products. In the air at the disposal of the Russian Aerospace Forces there is a special aircraft Il-22PP "Porubshchik". In the fleet - electronic warfare systems TK-25-2, PK-10 "Brave", TK-28, "Prosvet-M", as well as electronic warfare MP-405. The great advantage of the Russian systems is their mobility and the fact that they were actually used in combat conditions, including, apparently, against the United States itself.

This is the root of the problem. The American Armed Forces in recent years have become more accustomed to fighting against an irregular adversary: ​​those whom they themselves have appointed as "bad guys" - insurgents or terrorists. The Russian and Chinese defense complexes, on the contrary, worked to be able to withstand the most high-tech army on the planet, and the Russian Ministry of Defense built its entire military doctrine out of this. Hence the widest variety of electronic warfare systems designed to counter the weapons of the NATO bloc, which is inexorably approaching our borders.

The most important thing is that Russian electronic warfare systems have undergone a real baptism of fire in Syria. There, the electronic warfare systems stood in defense of the Khmeimim airbase, resisting regular attacks from terrorist attack drones. But this did not exhaust their tasks. According to US Army Colonel Brian Sullivan, starting in 2017, the US military occupying the northeastern part of the Syrian Arab Republic was forced to face a "congested electronic environment" for which they were not prepared. Lieutenant General of the US Armed Forces Raymond Thomas also spoke about the incredibly aggressive electronic warfare in the SAR. In practice, this manifested itself in the shutdown of satellites and communication systems, as well as in the failure of equipment on airplanes and helicopters. In particular, there was information about how the AH-64 Apache combat helicopter left the control of the pilot and almost fell. The pilot managed to regain control over it and avoid a plane crash only a few meters from the ground.

It is clear that the Ministry of Defense of the Russian Federation does not advertise everything, the military on both sides have their own kitchen. But it is known that in Syria we have the Leer-3, Moscow-1 and Krasukha complexes. Moscow-1 is responsible for scanning the airspace and transmitting air defense data, Krasukha calculates and suppresses the enemy's signal with interference, and Leer-3 can even jam GSM communications. Apparently, the numerous drones of the terrorists who carried out the raids on the Khmeimim airbase were neutralized by the "Krasukha". The publication Defense World responded very respectfully about her:

A truck-mounted radio transmitter is capable of not only jamming radar signals, but also driving drone channels, making planes and drones "blind and deaf." It has a range of up to 300 kilometers.
In general, it is not surprising that the Russian electronic warfare systems today are objectively one of the best in the world, if not the best.
Ctrl Enter
Noticed oshЫbku Highlight text and press. Ctrl + Enter
We are
Why did Russia need to replace the secret "Cutter"
Space shield of the Motherland: the West is not in vain afraid of Russian inspector satellites
Reporterin Yandex News
Read Reporterin Google News
14 comments
Information
Dear reader, to leave comments on the publication, you must sign in.