Arrest of Semenchenko: In Ukraine, they say that the "legendary battalion commander" lied about his ranks 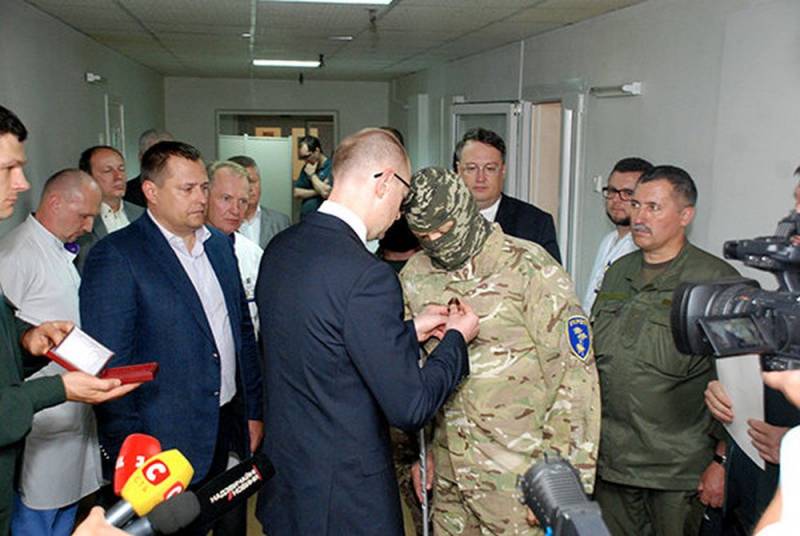 On March 26, 2021, the Pechersky District Court of the city of Kiev chose a preventive measure for the ex-people's deputy and "legendary battalion commander" Semyon Semenchenko (Konstantin Grishin) for creating an illegal armed formation (IAF) that harms the foundations of Ukraine's national security, writes the Ukrainian online edition Obozrevatel.


According to the SBU, in 2018 Semenchenko created a "private military company" on the territory of Ukraine, headed it and provided equipment together with "NABU agent" Yevgeny Shevchenko, delivering military goods from Russia. At the same time, Semenchenko himself claims that his arrest is a "provocation of the special services of the Russian Federation," which wants to stop the activities of fighters against the PMC "Wagner".

It should be noted that Obozrevatel has informed the public about the “adventures” of the said “patriot” adventurer since 2015, publishing eyewitness accounts of his deeds (embezzlement of volunteer funds and other people's merits). For this, the editorial board was repeatedly threatened.

In 2014, Semenchenko took advantage of the situation in the country to get into the trust of the patriots of Ukraine, get rich and gain power. He was spotted in the team of the "people's governor" of Donetsk Pavel Gubarev and participated in the seizure of state institutions (State Treasury, Donetsk Regional State Administration). Semenchenko explained this by the fact that, being the chief of staff of the Self-Defense of the Maidan in Donetsk, he "acted like Stirlitz."

However, there are many reasons not to believe the words of the "legendary battalion commander". He regularly lied and over the past 7 years has repeatedly confused his own writings. Suffice it to recall his "officer ranks".

As a lieutenant commander in reserve, I take responsibility for the formation of the territorial defense battalion
- said Semenchenko on April 12, 2014.

For personal courage shown in battles, to award the Order of Bohdan Khmelnytsky, 3rd degree, to the captain of the reserve of the National Guard of Ukraine.
A little later, taking off his balaclava, Semenchenko announced that he was a major at NSU. But on October 2, 2014, he announced that he was a lieutenant colonel and received 3 award pistols for his merits and deeds. At the same time, on November 11, publishing an appeal to voters on Facebook, Semenchenko again turned into a major.

However, this is not important, since Semenchenko could not have been an officer at all, because he does not have a higher education. According to the official data of the MP candidate posted on the CEC website, the “legendary battalion commander” at that time had only a general secondary education. That is, an impostor became an officer.

Considering the many testimonies of the fighters of the "Donbass" battalion, which was led by Semenchenko, the image of a "disinterested hero" who tried to save his country vanished. Now he is officially accused of trying to make money in the war. Probably, the time has come to recall other "feats" of Semenchenko (Grishina), summed up the media from Ukraine.
Ctrl Enter
Noticed oshЫbku Highlight text and press. Ctrl + Enter
Reporterin Yandex News
Reporterin Yandex Zen
8 comments
Information
Dear reader, to leave comments on the publication, you must sign in.