Russia will give “Ukrainian space” a little more 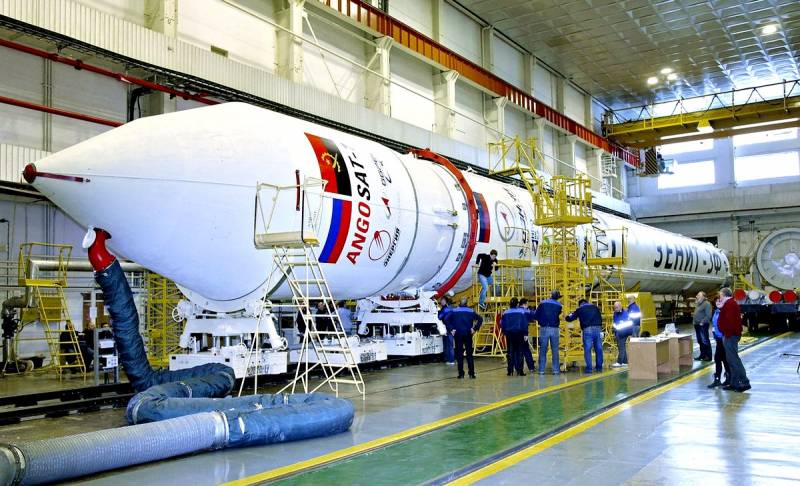 On a Soviet rocket - in troubled times

Ukraine is one of the centers of world rocket science. True, in the past. It was in the Yuzhnoye Design Bureau located in the Dnieper (former Dnepropetrovsk) that the R-36M intercontinental ballistic missile was developed, which in the West was affectionately nicknamed the "Satan". This is the world's most powerful combat missile system, which even now is one of the main components of the Russian nuclear triad. On the basis of the R-36M to be liquidated, they created the Ukrainian-Russian Dnepr launch vehicle, with 22 launches behind it. With the help of it, more than 140 spacecraft from more than 20 countries were put into orbit. In 2016, it became known that Russia would refuse to participate in Ukraine at the launch of the Dnieper, and the carrier itself would be renamed to Baikal. The history of friendship is over.

Dnipro is not the only bright page of Ukrainian rocket science. “Apart from ours, then Zenit is probably the next best,” said Elon Musk, commenting on the best of the existing missiles. Needless to say, the “Zenith” was created back in the Soviet years. 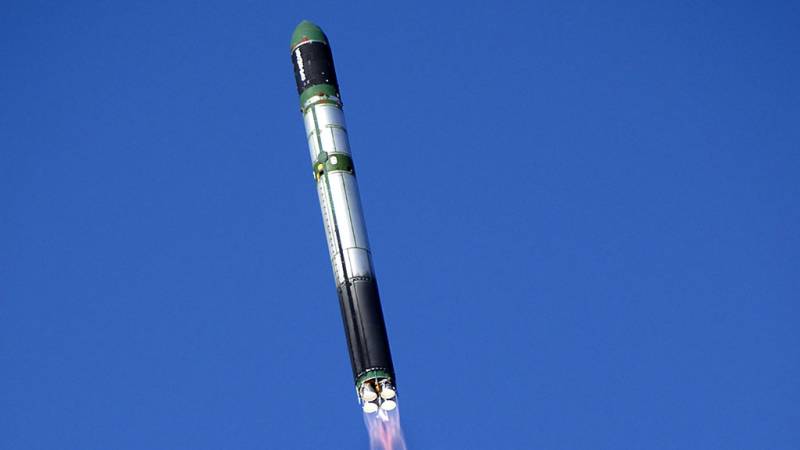 For modern Ukraine, the development of a new launch vehicle from scratch is, frankly, an impossible task. As with economic, and with purely scientifictechnical side. Moreover: even if such a product appears, it is unlikely that it will be more economical than existing missiles and will be able to squeeze them on the launch market. The best evidence of this is the new Russian Angara A5, which in its current form was twice as expensive as the time-tested Proton, not to mention the reusable Falcon 9. But Russia has always had more opportunities than Ukraine.

Nevertheless, attempts to create something of their own did not stop. In 2003, they began to implement the Ukrainian-Brazilian Cyclone-4 project, which envisaged the creation of a new light-class launch vehicle using it from the Alcantara launch center. The word "new" can be used here only with some reservations, because, in fact, the rocket was to become another representative of the P-36 family. In 2015, it became known that Brazil froze the project, and Yuzhnoye Design Bureau was convicted of fraud for large sums. “There was a contract disruption due to the fact that our side did everything to prevent it, but only to plunder money,” said Andrey Teteruk, member of the Verkhovna Rada of Ukraine Committee on National Security and Defense. 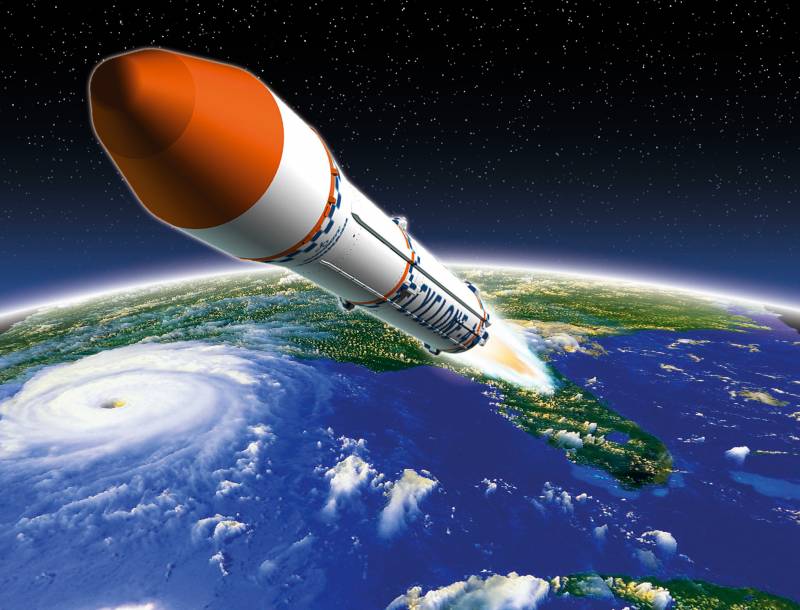 The saga did not end there. In 2017, Yuzhnoye Design Bureau announced that it was developing a two-stage Cyclone-4M missile based on the Cyclone-4. The project will be funded by Maritime Launch Services, a Canadian-based company. The spaceport will be located on the Atlantic coast of Canada, in Nova Scotia. As the planned term for putting the missile complex into trial operation, 2020 was named. According to the developers, Cyclone-4M will be able to launch 5 tons of cargo into a low reference orbit. The first stage works on kerosene with oxidation with liquid oxygen, the second stage uses heptyl and amyl.

The idea of ​​creating an economical middle-class missile in an era of almost total dominance of the Falcon 9 in the heavier segment is not meaningless. Yuzhnoye Design Bureau cannot compete with SpaceX, of course, even with the improved Zenit. Another question is that the project of the new Cyclone, like the project of the Cyclone of the old, is not supported by anything. No one and nothing guarantees its execution. Earlier media reported that the program received funding from the United States rocket proprietor company United Paradyne. It is also known that Maritime Launch Services intends to finance the project "with its own money, and with the help of financial investments received from commercial sources."

All this is rather vague. For lack of firm contracts, including for the production of any significant number of missiles, it makes no sense to talk about the prospects of the project. Moreover, before my eyes is an example of “successful” Ukrainian-Brazilian cooperation, which, moreover, was started in simpler times for Ukraine. 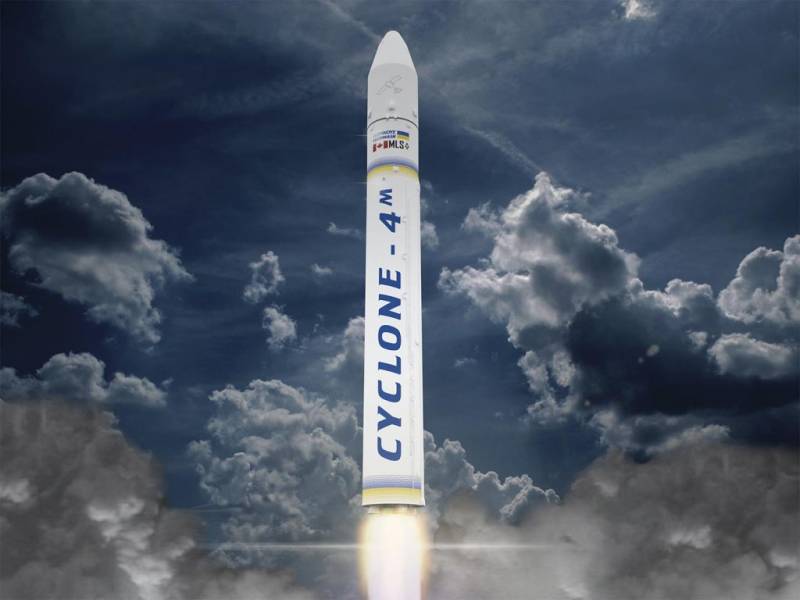 Zenith or hope for Russia

The real salvation for Yuzhnoye Design Bureau in difficult conditions was a contract with the Russian company S7 Group, which provided for the supply of twelve Zenit missiles for the Sea Launch complex. Earlier, we recall that the holding became the sole owner of the floating spaceport. Its owners, in fact, had no options: for the Sea Launch, only a Ukrainian rocket is suitable. The first launch with a new-built rocket was optimistically outlined for 2019 (bureaucratic problems can significantly shift it).

Another thing is important. The S7 Group itself saw the Zenit rocket as an intermediate link to the operation of the promising Russian Soyuz-5 rocket, which also should have received a version for the Sea Launch spaceport. But recently, Dmitry Rogozin made it clear that the creation of a new missile was postponed indefinitely, and, with a high degree of probability, it simply "did not go", since it turned out to be an analogue of the already existing and far from new Zenith. 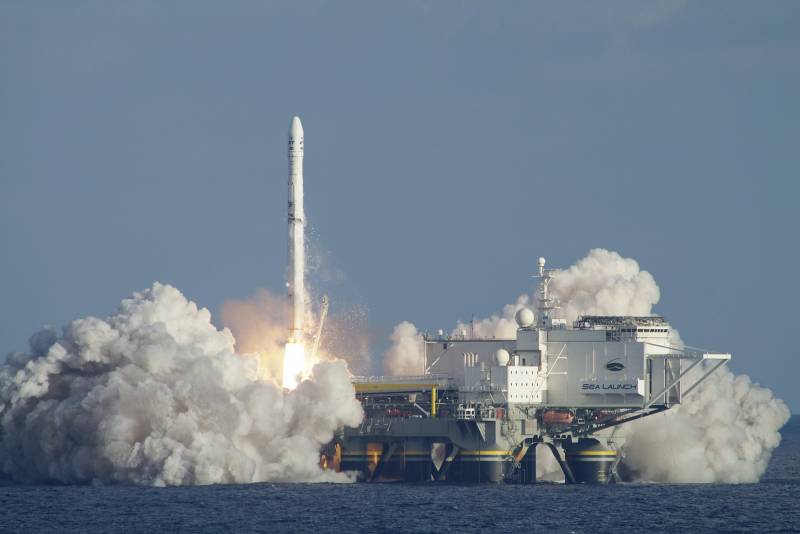 Thus, either S7 will continue to purchase and operate Ukrainian missiles, or it will have to sell the Sea Launch altogether. It is worth recalling once again that, according to Zenit estimates, approximately 70% consists of Russian components, including Russian RD-171 engines. With this level of mutual integration, the question will lie, first of all, in political planes, despite the fact that Sea Launch is already a private project. Another problem is whether the rocket manufacturer in the person of Yuzhmash can build the number of carriers the customer needs, even if the batch is limited to the initial twelve units (the position of the enterprise, like many other Ukrainian "giants", is far from enviable). We will receive answers to all these questions in the coming years. In the end, nobody will forever hold the Sea Launch for a simple one: it is unprofitable and simply meaningless, since the spaceport's resource is not infinite.

Did not break a window to Europe

The European Vega launch vehicle has become a landmark: for both the EU and Ukraine. With her, the European Space Agency (ESA) received a light class carrier and closed the entire line of launch vehicles of all classes. And Ukraine was able to find an additional customer. The practical meaning of the project is the economical launch of small satellites into orbit. It took 25 years of development of more than 700 million euros for the budget missile to be ready for the first launch.

Structurally, Vega has four steps. At the last of them - AVUM - the RD-843 non-cryogenic rocket engine was created, created at the Yuzhnoye Design Bureau and manufactured at the Yuzhmash enterprise. He received multiple switching with a displacement feed system. As a fuel, asymmetric dimethylhydrazine is used, and nitrogen tetraoxide is used as an oxidizing agent. As of November last year, the engine was successfully used for eleven orbital launches. 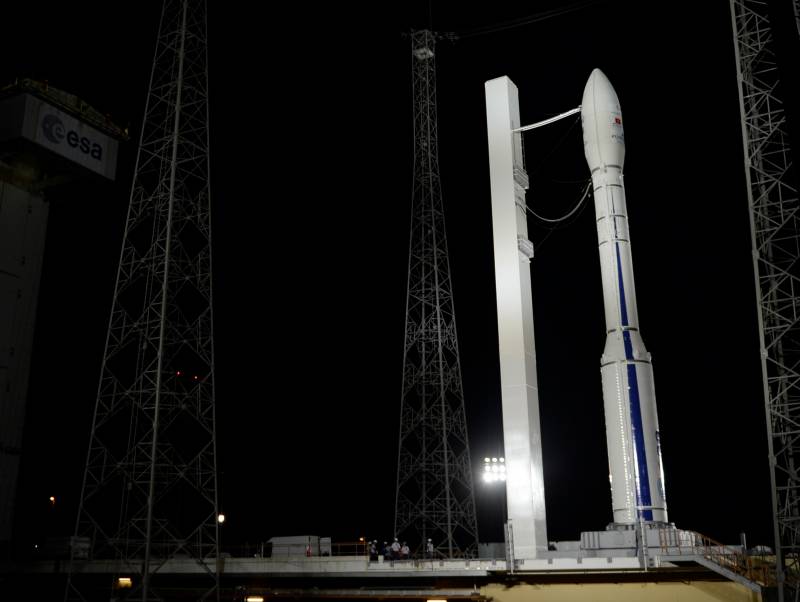 On this, apparently, the history of Ukrainian-European “love” will end. In November 2017, its EKA allocated 53 million euros to finance the Vega Evolution program. She washed away - to create a replacement for the RD-843. The reason is trivial and well reflects the trends of modern rocket science. The engine, made on the basis of the Soviet backlog, was not environmentally friendly and now it should be replaced by European development. Under the project, the German Aerospace Technology Agency intends to collaborate with Italians. It is assumed that the improved fourth stage AVUM + for the new version of the Vega-C rocket will appear in 2019. It must be assumed that the Yuzhnoye Design Bureau does not have technologies that would make it possible to create an alternative, and they will not appear in the foreseeable future.

What is the result? For the Ukrainian authorities, the space industry is the notorious suitcase without a handle: it’s hard to carry, it’s a pity to leave. Soviet developments are causing less and less interest among partners, but there is nothing fundamentally new. At the same time, the Ukrainian elite is in no hurry to openly admit these facts. After all, the question lies, above all, in the plane of reputation: the authorities do not want another stone to fly into its garden. Moreover, on the eve of the election.
Ctrl Enter
Noticed oshЫbku Highlight text and press. Ctrl + Enter
We are
Will the Sea Launch Save the Russian Space Industry
How do you like this, Elon Musk: Soyuz-5 risks repeating the fate of Angara
Reporterin Yandex News
Read Reporterin Google News
Ad
The publication is looking for authors in the news and analytical departments. Requirements for applicants: literacy, responsibility, efficiency, inexhaustible creative energy, experience in copywriting or journalism, the ability to quickly analyze text and check facts, write concisely and interestingly on political and economic topics. The work is paid. Contact: [email protected]
1 comment
Information
Dear reader, to leave comments on the publication, you must to register.
I have an account? Sign in