Why China does not risk dumping the US national debt 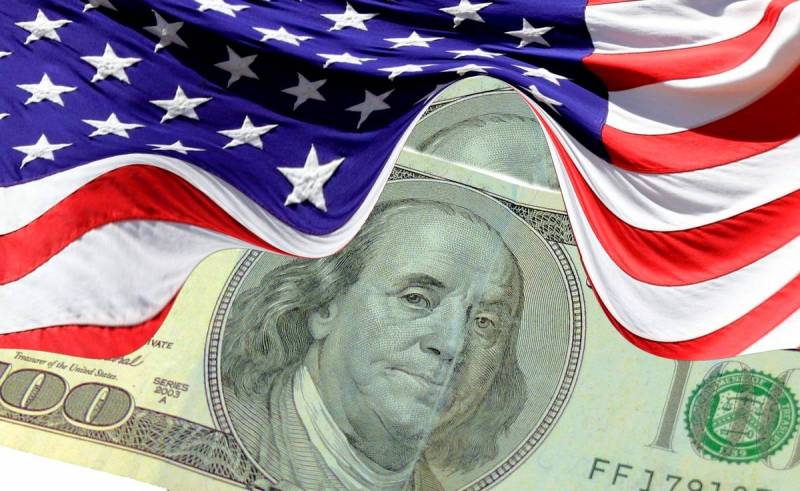 Despite the change of power in Washington, the long-awaited detente has not occurred in relations between the United States and China. The Democratic Party is in no hurry to take a step forward, while Beijing continues to gradually get rid of American Treasuries, following in Moscow's footsteps. What's next: the two largest economics of the world will agree on new rules for coexistence and joint development, or will the PRC and the US continue to diverge in different directions, which in the long term inevitably means a war between them, at first "cold", and in the future, possibly, "hot"?


Today in Washington they call America's main adversary not so much Russia as China. Some evil irony is that the United States has fed this "Chinese dragon" on its own. In the nineties, after the collapse of the USSR, a sole "hegemon" emerged in the now unipolar world. Seeing no more real threat to themselves, American businessmen began to withdraw production from the United States to the countries of Southeast Asia, Taiwan and China, where there was a lot of cheap labor, and no one had heard of labor protection standards. Liberal economists enthusiastically talked about the arrival of the post-industrial era, leaving hardworking and smart Chinese to pore over blueprints and microcircuits.

How it ended up is well known: the Celestial Empire has become not only a generally recognized "world workshop", but also a powerful high-tech economy, which is a real competitor to the American one. President Donald Trump tried to stop or at least slow down the process of further rise of the PRC by staging a real trade war, but he did not succeed in achieving any impressive result. The problem is that over the past decades, the economies of the United States and China have become closely intertwined, becoming seriously dependent on each other. Trump's sanctions strikes against Chinese companies immediately boomerang back to the Americans themselves. How are these two largest world economies dependent on each other?

At first, a significant part of US-developed products are still actually manufactured in China, where there is a developed technological and a logistics base, experienced workers, as well as our own rare earth metals in large quantities. This is extremely beneficial for American business. Somehow it was calculated that for the assembly of one iPhone smartphone, Chinese contractors receive something like $ 10. Moving production back to the United States sounds very patriotic, but who in their minds would refuse such super profits?

SecondlyOver the past decades, both superpowers have been very actively investing in each other before President Donald Trump began to put a spoke in the wheels of this process. In 2017, the United States invested $ 14 billion in the PRC economy, and China in the United States - $ 30 billion. However, the Republican banned US federal pension funds from investing in companies associated with the Chinese military-industrial complex. He also signed a law restricting the possibility of placing shares of companies from the PRC on American stock exchanges. It is not surprising that the volume of Chinese investments in the American economy over the past three years has decreased by 90%, and by the end of 2020, China overtook the United States as the main investment destination in the world, having managed to attract $ 163 billion against $ 134 billion from a competitor.

ThirdlyBeijing is still one of the largest holders of US government debt. Until recently, it was in first place in this rating, but now it has gone down, yielding positions to Japan and Great Britain. Despite the dumping of assets under the "Russian scenario", China still owns treasuries worth about a trillion dollars. This is a huge amount of money that Beijing can get by simply dumping all these assets. In the expert community, this portfolio of bonds was even called "financial nuclear weapons" capable of bringing down the US dollar. Indeed, a one-time sale of so many securities can cause serious damage to the US economy. But not only to her. This measure will boomerang back to China itself, which is well understood in Beijing, where they prefer to get rid of the Treasuries gradually.

All of the above testifies to one thing: the American and Chinese economies are closely linked, and, despite the mutual sanctions imposed during the four-year rule of President Donald Trump, in the "coronavirus" 2020, the volume of mutual trade between them increased by 8,3% , amounting to 586,72 billion dollars. Therefore, "waving a sword" in these matters is fraught with each side. Beijing and Washington now face extremely difficult choices. The simplest solution seems to be to leave everything as it is, agreeing on new rules of the game, division of spheres of influence and norms of peaceful coexistence between the PRC and the United States. But will this suit "America Who Returns"? Will China agree that in four years' time Donald Trump or another leader firmly standing on "imperial" positions may return to Washington and everything will start anew?

Apparently, Beijing has already made its far-reaching conclusions. China, with its 1,5 million population and a powerful industrial base, is betting on the development of its own internal market in order to stop critically dependent on access to the American and even European. The Chinese analytical foundation Chongyang Institute, which is considered an analogue of the RAND corporation, recently published an article by the former deputy head of the international relations department of the Chinese Communist Party of China, Zhou Li, which can be considered a programmatic one. In it, the party functionary noted the unacceptability of China's dependence on the United States in the financial sphere:

The United States controls the main channel for international payments and clearing, namely the SWIFT system.
The main thought of this publication is the conclusion about the need to create an independent economic bloc, "based on the yuan", capable of resisting the Western bloc and its dollar. Filling in information about possible changes in the external policy through retired high-ranking officials is Beijing's favorite PR practice. In the West and in Japan, the publication was immediately noticed and hotly discussed. What do we get in the bottom line?

The PRC has obviously made a choice in favor of a gradual drift towards complete independence from its "sworn partner." Economic methods alone cannot stop the "Chinese dragon". Only other methods remain, as US Secretary of State Anthony Blinken directly stated:

We must begin to confront China from a position of strength.
In other words, objective contradictions inevitably push the two superpowers to a "cold" war, accompanied by attempts to arrange another "color revolution" for a competitor, or even "hot" in the future.
Ctrl Enter
Noticed oshЫbku Highlight text and press. Ctrl + Enter
We are
To deceive everyone: the USA played a great game against oil
Peace enforcement operation. Russia inflicts a preemptive strike on Kiev
Reporterin Yandex News
Read Reporterin Google News
3 comments
Information
Dear reader, to leave comments on the publication, you must sign in.