From words to actions: What are Moscow and Minsk preparing in the defense sphere 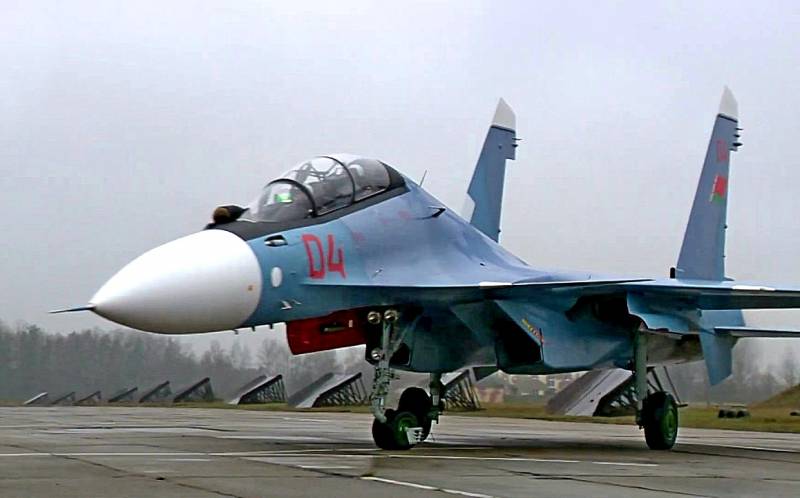 
Directly on the territory of the Republic of Belarus, it is planned to create a combat training center for joint training of the air force and air defense forces - in particular, it is planned to jointly train pilots for Russian-made Su-30SM aircraft (they are in service with the Air Force of the Republic of Belarus in the amount of 4 units; 12 more are ordered) , as well as training Belarusian operators for the operation of modern air defense systems in service with the Armed Forces of the Russian Federation, and the joint implementation of training and combat missions.

These decisions are designed not only to improve the level of training of military specialists of the Air Force and Air Defense Forces of the Republic of Belarus and the Aerospace Forces of the Russian Federation, but also jointly to strengthen the "Unified Regional Air Defense System of the Union State", which began functioning at the end of 2016.

A combat training center will be created on the territory of the Russian Federation, the task of which will be to train personnel of the Ground Forces: motorized rifle and tank units. It is stated that training will be carried out using advanced techniques in accordance with the combat experience gained by our army in the Syrian campaign - such measures will allow working out the interaction of military units of the Belarusian Armed Forces and units of the RF Armed Forces, thereby significantly increasing their effectiveness. In addition, it is planned to create a training and combat center on the basis of the Baltic Fleet, which is part of the Western Military District: in this case, we are talking about the preparation of the Armed Forces of the Republic of Belarus for the operation of the BTR-82A, which will be carried out by units of the Marines of the Russian Federation, which have extensive practice of using given equipment, and diving training of Belarusian special forces.

All of the above measures are quite consistent with the latest statements by the national leaders of both countries - it seems that Russia decided to support the proposal of the Belarusian President Alexander Lukashenko, who spoke out against the creation of military bases of the RF Armed Forces on the territory of the republic:

We see what's going on. How insolent ... Just a couple of weeks ago, NATO planes were flying straight to our border. And what were we forced to do? We raised the Su-30 - the plane is new - and flew towards them. Washed away a hundred kilometers away. This suggests that we will be constantly pulled, and we must answer. Give us these planes. But on these planes, as then, the Russians and Belarusians should fly together. And there are enough bases, they do not need to be created, why waste money ... Better to buy or build new aircraft for this ...
And although the statements of A. Lukashenko can be interpreted in extremely two ways, Minsk is still making timid reciprocal steps towards strengthening military and interdepartmental ties with Moscow.

At the moment, however, it is not known whether the latest Russian equipment will be delivered free of charge, within the framework of the CIS Joint Air Defense System (previously, the Russian Federation had already taken such measures and provided weapons to allied countries free of charge: for example, the armed forces of Kazakhstan received five sets of S-300 air defense missile systems), or Minsk acquired it on credit (which, however, is unlikely, given that Belarus had previously withdrawn from service the Su-27 multipurpose fighters under the pretext of the high cost of their maintenance).

Considering among the decisions made the idea of ​​creating a "training and combat center for joint training of the air force and air defense forces", one can make an assumption that Russia and Belarus can form their own analogue of the Baltic Air Policing program - the NATO initiative, the so-called. "Baltic air patrol", in which the countries of the North Atlantic bloc "protect" the airspace of the three Baltic states: Latvia, Lithuania, Estonia, day and night saving them from the invasion of the "Russian threat".

In the event of such a development of events, one could state a clear "warming" in relations with Minsk - here it is worth noting that earlier President of Belarus A. Lukashenko spoke about the "positive experience" of using Russian military aviation to patrol the airspace of the Republic (more than 60 sorties) - such a precedent took place in 2014, during the Ice Hockey World Championship. Then, based on the experience gained during this event, it was planned to deploy Russian squadrons in Bobruisk - and this initiative (by the way, discussed at the joint Collegium of the military departments of Russia and Belarus) was to become a reality already in 2015. Naturally, nothing of the kind happened - all plans were “shelved”, becoming victims of the political inconsistency of the top leadership of the union state.

However, I would like to hope that this time the plans for the implementation of the Strategic Partnership Program will be implemented, and the recent statements of the Belarusian national leader (“Pay attention to my phrase: we have no friends in the world,” A. Lukashenko said in speech on March 13, 2021) have nothing to do with military cooperation between our countries - be that as it may, Belarus is vital for ensuring the defense capability of the western borders of the Russian Federation: access to the Kaliningrad enclave alone makes partnership even with such a windy politician a strategic necessity , what is the President of the Union Republic.
Ctrl Enter
Noticed oshЫbku Highlight text and press. Ctrl + Enter
We are
Putin and Lavrov have done their job. General Shoigu, your way out!
Ten "defeats" of Putin
Reporterin Yandex News
Read Reporterin Google News
8 comments
Information
Dear reader, to leave comments on the publication, you must sign in.