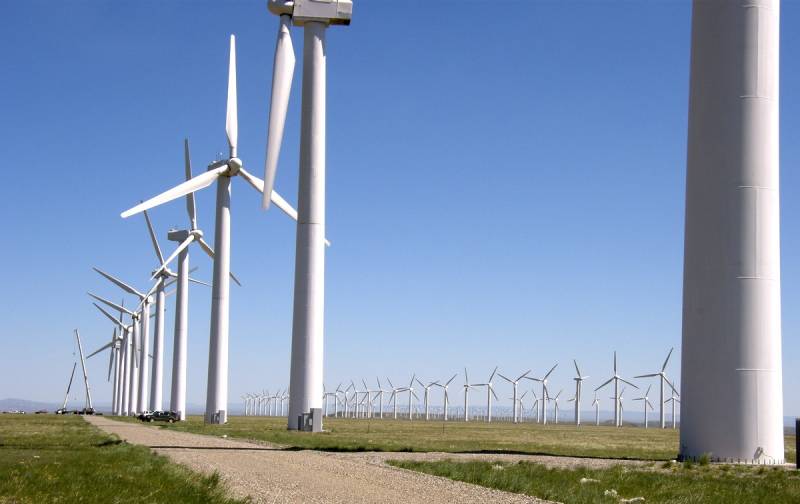 The past winter and the massive blackout in Texas and a number of other US states have cast doubt on the prospects for green energy. However, despite this, representatives of the Western elite continue to broadcast on the high tribunes about the need for an early transition to renewable energy sources (RES). What are the so-called "globalists" really trying to achieve?


Alternative, or "green" energy is understood as obtaining electricity from renewable sources. At the same time, carbon dioxide is not emitted into the atmosphere, which contributes to an increase in the greenhouse effect and global warming. Basically, it is customary to refer to RES as solar and wind power plants, as well as wave, tidal, geothermal and others. Taking into account the fact that the reserves of hydrocarbon fuel on the planet are exhaustible, the idea of ​​looking for some alternatives looks quite sensible. The leaders in this area are the countries of Europe, China, the USA and other advanced powers. However, the devil, as usual, is in the details.

At first, “Green” energy is always more expensive than traditional energy. The costs of its production and transmission are significantly higher, therefore, the state is forced to subsidize those companies that deal with renewable energy sources from the budget on an ongoing basis. That is, about economic there is no reason to objectively speak about the expediency of switching to alternative energy. Rather, it is a tribute to fashion and trend following.

Secondly, bet exclusively on "green" Technology can come out sideways. This was clearly demonstrated in February 2021 in Texas. The share of renewable energy sources in its energy balance was not 100% or even 50%, but only 20%. However, the anomalous frosts that came to the American south from the Arctic led to a blackout. The blades of the wind turbines froze and stopped spinning, and the solar panels were covered with snow. And everything immediately stopped working and fell apart. Ordinary people sat at home in the cold without light or water. The cost of a kilowatt jumped to some astronomical figures. Imagine what would happen if the whole country was tied to windmills and solar power plants?

The conclusion can be made as follows: "green" energy is an interesting direction in itself, we will not spit on it indiscriminately, but it is not a panacea in itself. It is possible to have a certain share of renewable energy sources in the country's energy balance, but it needs balancing capacities of traditional energy. Additionally, gas or nuclear generation is needed, which will promptly compensate for the falling volumes from "green" when it is not working in calm or severe frost wind generators and solar panels covered with snow or sand. It would seem that these are quite obvious things, confirmed by the extremely negative fresh experience of Texas and other American southern states. But no.

Let's take a look at the “Great Reset” roadmap for coping with the pandemic, proposed at the World Economic Forum in Davos. The WEF is rightfully considered a platform from which the owners of thousands of the largest corporations and companies from all over the world convey their goals and objectives. This is a kind of generally recognized "globalist get-together". This time, for a greater PR effect, the organizers invited the representative of the British monarchy, Prince Charles, to voice the program, who stated the following theses:

The transition to an oil-free economy at the global level. The need to change the structure of the balance of investments. It is necessary to increase the share of “green investments” and create jobs in the field of “green energy”, cyclical economy and bioeconomy, develop ecotourism and “green” public infrastructures.
It is easy to see that these proposals are fully consistent with the "Green New Deal" of the US Democratic Party, as well as the European program for the "decarbonization" of the EU economy by 2050. What are the “globalists” really trying to achieve? Reducing COXNUMX emissions to prevent global warming?

This is a very controversial and controversial topic. On the one hand, a certain negative anthropogenic factor is objectively present. On the other hand, all of humanity collectively emits about 10% of the CO2 that enters the atmosphere. Much more carbon dioxide is emitted, for example, by the World Ocean. At the same time, of all greenhouse gases, CO2 accounts for only 5% to 26%, according to different calculation methods. Therefore, it cannot be said that the problem of climate change is only about carbon dioxide, and only "decarbonization" can solve it.

Rather, it's different. CO2 is purposefully exposed as a kind of "windmill", to combat which the "globalists" have organized a new crusade. Under this case, you can solve several problems at once. First of all, active lobbying will help manufacturers of renewable energy equipment and technologies. Thus, the market for solar panels is already 80% concentrated in the hands of only 10 companies, and it is predicted that soon 90% will be under them. Further, consolidation will inevitably take place through mergers and acquisitions, and only 3-4 producers will remain, which will come under the control of several transnational corporations. The same can be said about the wind turbine market, which is dominated by 4 Western companies. Nothing personal just business.

But that is not all. "Globalists" impose new "green" standards in the economy on the whole world. Everyone who wants to sell their products in the European and American markets will either have to pay an increased "carbon" tax, or introduce renewable energy sources in their own countries. This means the need to purchase equipment and technologies from several Western TNCs, as well as the burden of continuous subsidies to "green" energy companies from the state budget. As a result, the rich will become even richer, and the poor countries will only get poorer.
Ctrl Enter
Noticed oshЫbku Highlight text and press. Ctrl + Enter
We are
"Saving the world" with a double bottom: how the "green era" in energy will turn out
Why the "green revolution" in Germany is beneficial to Russia
Reporterin Yandex News
Read Reporterin Google News
16 comments
Information
Dear reader, to leave comments on the publication, you must sign in.