Basurin spoke about the fight against drones in Donbass 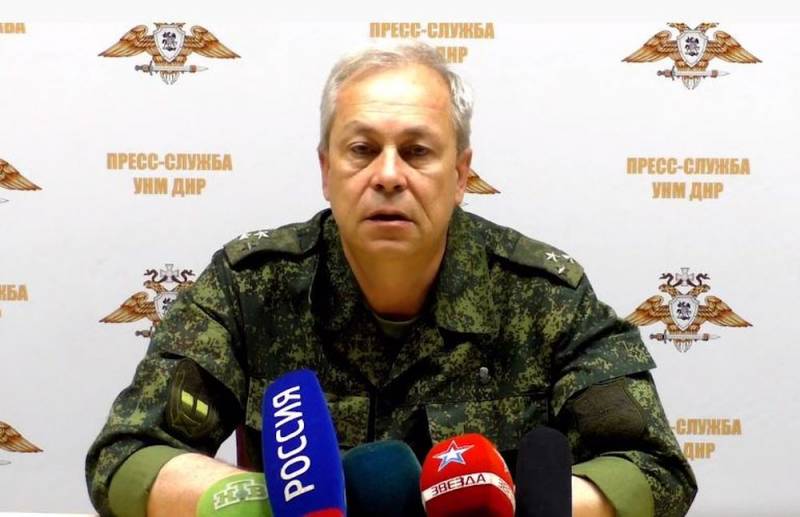 The Armed Forces of Ukraine continue to commit fire provocations. Colonel Eduard Basurin, deputy head of the DPR NM, said this during a briefing on March 14, 2021.


The official representative of the department spoke about the incessant shelling of settlements of the DPR from various weapons by the Ukrainian security forces. In addition, he drew attention to the fight against drones in the Donbass.

From the position of the Marines of the 36th Brigade near Vodyanoy, an attempt was made to fly an UAV drone towards the village of Leninskoye (Mariupol direction - ed.), With an explosive device suspended on it. Ukrainian militants intended to drop an explosive device on our positions. However, the skillful actions of the calculation of the electronic warfare station, developed by our specialists ("Terrikon M2N" - ed.), Interfered with the control and navigation channel of the drone. As a result, an explosive device was dropped far from our positions.
He explained.

Basurin stressed that the fighters of the NM DNR did not return fire at the Armed Forces of Ukraine. However, the Ukrainian security forces are deceiving, accusing the NM DNR of seven violations of the ceasefire regime. They deliberately create an unreliable picture of what is happening and escalate the situation. The information disseminated by Ukrainian propagandists is disinformation and an attempt by Kiev to disrupt the truce, making Donetsk guilty.


Over the past day, the placement of five units of armored vehicles of the Armed Forces of Ukraine near residential buildings and municipal facilities was also revealed, which is a violation of paragraph 3 of the Additional Measures. The Ukrainian side continues to hinder the activities of international observers by blocking the work of the air monitoring facilities of the OSCE mission. The use of a radio suppression station for drone signals by servicemen of the 305th EW Battalion of the Armed Forces of Ukraine near the village of Chermalyk was recorded.

Before that, on March 13, the air defense of the NM DNR shot down an APU drone, a DJI Mavic-2 (Mavic-2) quadrocopter, which served as a spotter for the calculation of 120-mm APU mortars. Ukrainian security forces fired at the village of Luganskoe, located south of Donetsk, and managed to release 8 mines at the settlement.
Ctrl Enter
Noticed oshЫbku Highlight text and press. Ctrl + Enter
We are
Subordinates frantically shot the commander of the APU
DPR army suffered significant losses
Reporterin Yandex News
Read Reporterin Google News
2 comments
Information
Dear reader, to leave comments on the publication, you must sign in.