Russia is preparing a rival to the American Hubble telescope

July 10 2018
2
Russian scientists plan to create an orbiting astrophysical laboratory, which can overshadow the existing western telescopes. The project of the Institute of Astronomy of the Russian Academy of Sciences was named Astron-2. Its main goal will be to search for planets in stars with maximum accuracy. It is assumed that the age of the star under investigation and its mass will be determined with 10% greater accuracy. Using the space observatory, pulsations of white dwarfs will be studied, which is impossible from Earth. 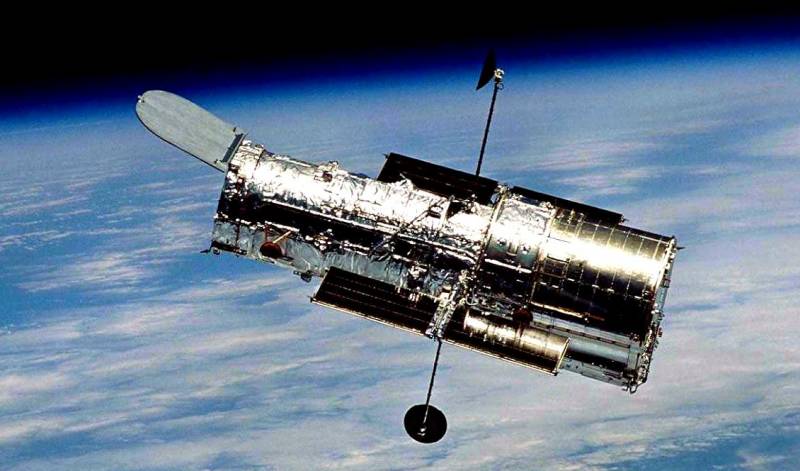 The predecessors of Astron-2 are widely known. In 1990, the Hubble Space Telescope was launched into orbit by the American shuttle Discovery. This project was the brainchild of cooperation between the American and European space agencies. The initial budget was estimated at $ 400 million, but rose to 2,5 billion at the time of launch. Hubble installed high-resolution spectrographs and dim objects, planetary cameras and cameras for shooting dim objects, a high-speed photometer, and also a host of special sensors.

After the start of the work, it turned out that there was a serious defect in the optical system of the telescope, which made the planned cosmological programs impossible. It was possible to eliminate the defect only during the maintenance of the Hubble in outer space. Over the 15 years of operation, the space telescope has taken over a million images of space objects. Despite its venerable age, the Hubble program has been extended to 2021.

Another famous space telescope is the Kepler. NASA sent it to the Sun in 2009 to search for exoplanets. Unlike the Hubble, which revolves around the Earth, Kepler is in near-solar orbit and is exploring a specific part of the Galaxy. The observatory has discovered over 7 thousand potential exoplanets. The telescope failed in 2013, having lost orientation in space. After that, “Kepler” was able to translate into other tasks than the main mission. In March of this year, NASA reported that the Kepler had run out of fuel, after which the telescope was put into hibernation. American experts hope to wake him in August.

The Russian observatory Astron-2 will be equipped with a large telescope and a small amount of six. This will allow her to study not a separate section of the Galaxy, but the Universe in all directions, in different spectra. The launch dates for Astron are expected to be from 2025 to 2035. The Astron-2 predecessor will be the Spectrum-UV ultraviolet telescope.
Ctrl Enter
Noticed oshЫbku Highlight text and press. Ctrl + Enter
We are
It's important9
Russia will launch a unique laboratory into space
What will Russia do when the ISS does not
Reporterin Yandex News
Read Reporterin Google News
2 comments
Information
Dear reader, to leave comments on the publication, you must to register.
I have an account? Sign in