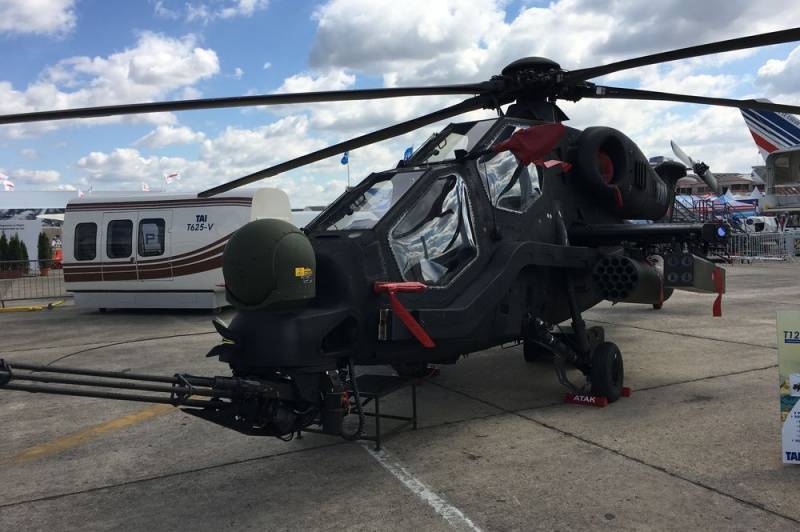 Washington tore off the Turkish-Pakistani helicopter contract in retaliation for Ankara's purchase of the S-400 air defense system from Moscow. On March 8, 2021, the press secretary of the President of Turkey Ibrahim Kalin said in an interview with the American Bloomberg news agency.


The Turkish functionary recalled that in 2018 Islamabad and Ankara agreed to supply 30 Turkish T-129 ATAK rotorcraft to Pakistan. The contract was supposed to be Turkey's largest export agreement for this product, worth $ 1,5 billion.

However, the Americans blocked the implementation of the said agreement. Washington refused to grant Ankara a license to export engines for the said helicopters. In addition, in December 2020, the US Congress banned the supply of weapons to a NATO ally until Turkey abandons the Russian air defense system.

Kalyn drew attention to the fact that it was this that made Turkey start developing its own helicopter engines. In his opinion, now China will supply helicopters to Pakistan.

The US has blocked the sale of combat helicopters to Pakistan. This will likely lead to the tender going to China. And the losers in the end will be the USA
- he said.

Kalyn stressed that Turkey bought the S-400 because of the position of Washington, which refused to sell its Patriot complexes to Ankara on normal terms, the US media summed up.
Ctrl Enter
Noticed oshЫbku Highlight text and press. Ctrl + Enter
We are
Ankara threatened Washington with "back consequences" for pressure on the S-400
US agrees to evaluate the impact of C-400 on the F-35 program
Reporterin Yandex News
Read Reporterin Google News
3 comments
Information
Dear reader, to leave comments on the publication, you must sign in.