Big victory for Russia: Moscow may get access to the Indian Ocean 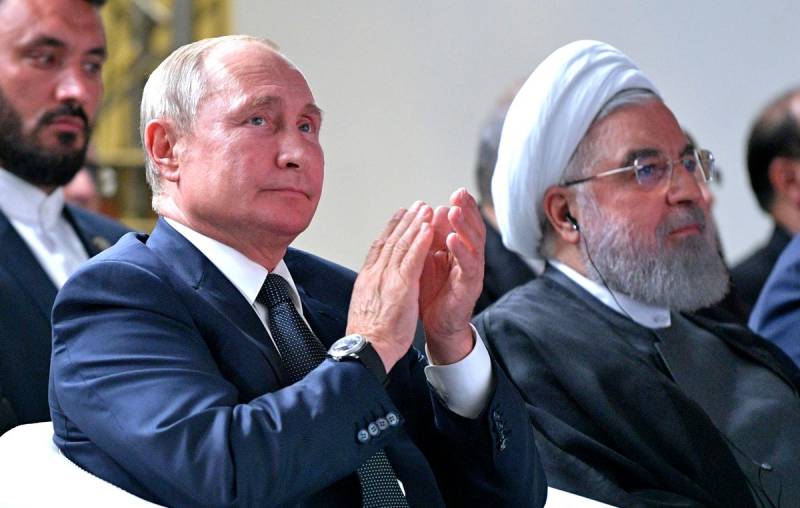 In Russian the economy an unexpected but positive breakthrough may soon occur. Iran announced its intention to join the main integration association in the post-Soviet space, the EAEU. What prospects will then open for Tehran itself, Moscow and other members of the Eurasian Economic Union?


The EAEU members are Russia, Belarus, Armenia, Kazakhstan and Kyrgyzstan, all five countries are former Soviet republics. Uzbekistan, Moldova and Cuba, once friendly to the USSR, also act as observers. And now, after his visit to Moscow, Speaker of the Parliament Mohammad Kalibaf announced the desire of the Islamic Republic of Iran (IRI) to join the Eurasian Union. Why does Tehran need this, and why is a breakthrough in this direction happening right now?

The motives of the Iranian leadership are not difficult to understand. Iran with its 80 million population, developed industry and huge reserves of hydrocarbons is objectively one of the richest countries in Asia and the entire Muslim world. However, its potential has been undermined by decades of Western sanctions. Under Barack Obama, local reformers were able to secure the conclusion of a "nuclear deal", which led to the removal of many restrictions and an increase in the volume of oil and gas exports. The level of well-being of the population gradually began to grow. However, President Trump unilaterally withdrew from this agreement and re-imposed sanctions. All economic gains were thrown back, the Islamic Republic's GDP began to decline sharply. In the last parliamentary elections in Iran, the conservatives, pursuing an anti-American course, took revenge. Obama's successor, President Joe Biden, officially declares his readiness to return to the deal, but in practice only increases pressure on Iran to conclude it on even more favorable terms for the United States and Israel. Integration with the EAEU will allow Tehran to solve several problems at once.

At first, accession, or rather, the threat of accession to the economic association created around Russia will be a serious trump card in his negotiations with Washington. Deepening cooperation between Moscow and Tehran runs counter to the interests of the White House in the Middle East region.

Secondly, Iran will gain access to new markets for its products. Apparently, a breakthrough in this issue happened after the war in Nagorno-Karabakh, which led to an agreement between Russia, Armenia and Azerbaijan on the opening of transport corridors throughout the Transcaucasia. In addition, unexpectedly faced with a competitor in the person of Turkey for transit from Asia to Europe through the Caspian Sea, Moscow has intensified its North-South project, expanding its infrastructure on the coast of the Caspian Sea. Iran, in turn, will now have to hastily complete the long-planned railways. By joining the Eurasian Economic Union, Tehran will have free access to the 200 millionth market for its products, which will definitely not be superfluous for the Islamic Republic, languishing under Western sanctions.

ThirdlyIran is extremely interested in increasing settlements in national currencies. Having lost the export of hydrocarbons due to sanctions, Tehran was left without receiving dollar revenues, therefore it was forced to restrict operations with foreign currencies for individuals. This led to the emergence of two dollar rates: official and "street". At the same time, the Iranian rial began to rapidly devalue, the prices for imported goods and foodstuffs rose, inflation reached appalling values. The population became poorer, protest moods grew. A big plus for Tehran is the desire of the EAEU member states to settle among themselves in their national currencies, which will improve its trade balance.

The Islamic Republic objectively needs to break free from the press of Western restrictions, and this can be done only by joining an alternative European interstate economic association. But why does Russia need it?

Iran's entry into the EAEU is extremely beneficial for our country as well. First of all, it will breathe new life into this integration project. His big misfortune was that Ukraine, with its developed industry under the USSR and its 40-million market, was overboard. Political the situation in Armenia and Belarus is far from stable. 80 million Iran with its gigantic hydrocarbon reserves can become a real driver for the further development of the EAEU. The economic borders of the association will expand from the Arctic to the Indian Oceans and the Persian Gulf. Through Iran, Russia will have direct access to the Indian market, the third economy in the world. The Eurasian Union will cease to be a local "get-together" in the post-Soviet space. Its combined sales market will grow to 280 million people, and this may be just the beginning. If Tehran's example is successful, other countries may follow.

Political changes will be even more significant. In contrast to the United States, Iran itself is trying to pursue a multi-vector policy. He cooperates with China, having concluded a 25-year investment agreement, but he does not intend to fully "go to bed" under it, and therefore seeks to diversify through unification with the EAEU. For Russia, integration with the Islamic Republic is also beneficial because it strengthens economic ties with India, as opposed to the overgrowth of the Celestial Empire. For New Delhi, this, in turn, is interesting because reliance on Russia through Iran will serve as a certain alternative to both China and the United States. It turns out a kind of mutually beneficial system of regional checks and balances.

Now it remains to see whether Tehran's declarations will diverge from its deeds. Integration processes are a very difficult and slow thing, since it is necessary to harmonize national legislation and a host of regulations, as well as to build all the necessary transport infrastructure. If the Iranian authorities are consistent, then global and positive geopolitical changes will follow.
Ctrl Enter
Noticed oshЫbku Highlight text and press. Ctrl + Enter
We are
Chinese railway bypasses Russia
Lukashenko “presses on gas”: Minsk's energy claims grow
Reporterin Yandex News
Read Reporterin Google News
62 comments
Information
Dear reader, to leave comments on the publication, you must sign in.