How long will Russia supply its opponents with military products? 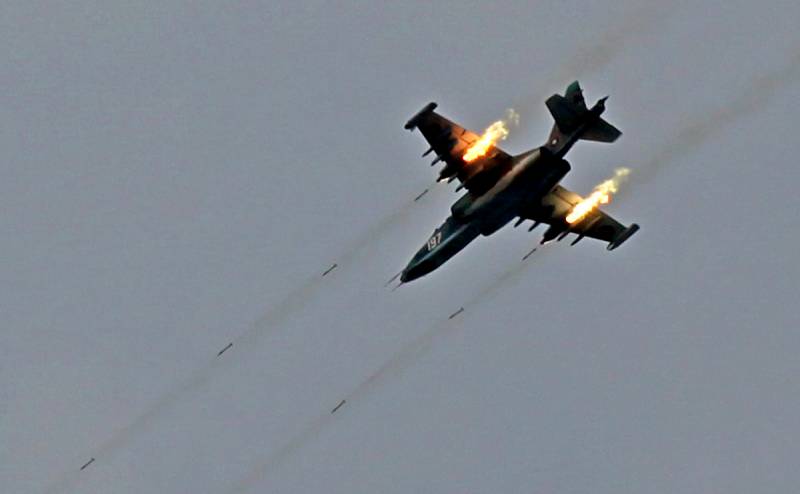 The Bulgarian Air Force received eight Soviet-made Su-25 "Rook" attack aircraft at once, which were modernized in Belarus according to "NATO standards." Inevitably, one has to ask the question, is the "Old Man" doing the right thing, arming a potential adversary in the North Atlantic Alliance?


First of all, it must be said that the military aviation of Bulgaria is in a very deplorable state, which was admitted in 2014 by the outgoing Minister of Defense of the country Velizar Shalamanov:

All our radars, all anti-aircraft missile systems and fighters were produced in the Soviet Union, keeping them in combat readiness, especially fighters, depends on the repair of engines and other equipment in Russia.
The existing MiG-21s were sold to Romania, and the MiG-29 fighters are unsuitable for normal operation. To "strengthen" the Bulgarian Air Force, the USA sold Sofia a batch of eight multipurpose F-16 Blok 70s for $ 1,2 billion. The money has already been paid, however, the delivery of the first six aircraft will take place only by 2023, the remaining two - in 2024. For this business, Bulgaria will have to prepare the appropriate infrastructure and retrain pilots and service personnel. In addition, the Americans are ready to donate two more decommissioned F-16 fighters to Sofia.

For comparison, the repair of eight Su-25 attack aircraft cost the Bulgarians less than $ 50 million. For this money, they extended the service life of engines and fuselages, updated the navigation and sighting systems, installed the Belarusian container electronic warfare system "Satellite M2". Oh, yes, all these events were held not in Russia, but in Belarus at the repair plant ARZ No. 558 in Baranovichi. Obviously, the choice of Minsk instead of Moscow as a partner was a kind of compromise for Sofia based on political expediency.

And here we smoothly move on to the key and fundamental question, does money smell? It is clear that $ 50 million is not lying around on the road, and "Old Man" is a fine fellow in taking over the contract. On the other hand, Bulgaria is a full member of the North Atlantic Alliance, and in the event of a conflict between NATO and Russia, these "Rooks" will work on the Russian, and maybe on the Belarusian technology... There is not the slightest illusion that our Bulgarian "brothers" will sit on the sidelines, there should not be, they will go to fight against us, like everyone else.

In theory, one can condemn the "Old Man" for his "multi-vector omnivorousness", but after all, our country does not always behave legibly and far-sightedly in the arms market. Thus, Belarus is in the twentieth place in the export of arms, its main clients are Russia, Vietnam, Sudan and Myanmar, as well as a number of other states of Southeast Asia and Africa. Aircraft from almost all third world countries are being repaired at the Belarusian plant ARZ No. 558. Russia, on the other hand, is the number two arms exporter, seriously second only to the United States.

Russian weapons are in great demand in the CIS, Africa, Southeast Asia, Latin America and Europe. We sell small arms, tanks and other armored vehicles, aircraft and helicopters, warships, air defense systems, ammunition, etc. The largest buyers are Egypt, China and Algeria. These are the export markets in which we have traditionally been strong since the days of the USSR. Deliveries there are profitable both from a commercial and a political point of view. However, there are also quite controversial points.

For example, the sale of Russian S-400 air defense systems to Turkey is not entirely unambiguous. Having received "Favorites", Ankara now requires the technology of their production. It should be remembered that Turkey is a member of the North Atlantic Alliance and is also on the opposite side from Russia in a number of regional conflicts. There are no guarantees that the sold S-400s or their clones will not be used in the future against the Russian Aerospace Forces or the aviation of our allies, say, the Syrians. In this regard, there are doubts, is it worth now offering the Turks export versions of the fifth generation Su-57 fighters?

Move on. Russia, without advertising it too much, sells to the USA goods of group 28 ("Products of inorganic chemistry, compounds of rare earth metals, radioactive elements or isotopes"), which are passed as "hidden exports." And the United States is not only our business partner, but also, by the way, the main potential military adversary. There are also questions about cooperation with China. Beijing is happy to buy Russian air defense systems, multifunctional fighters, missiles, aircraft engines and other weapons. And then he begins to independently produce something very similar to them, crushing the originals on the world market.

And it would be fine it was only a matter of copying. Are there any concrete guarantees that in the future we will continue to be such great friends with the Chinese and will not move from partnership to confrontation? Money, probably, does not smell, but still it is worth thinking a little and for the future.
Ctrl Enter
Noticed oshЫbku Highlight text and press. Ctrl + Enter
We are
"We must beat first": the geopolitical alignment around Russia is continuously deteriorating
Ten "defeats" of Putin
Reporterin Yandex News
Read Reporterin Google News
11 comments
Information
Dear reader, to leave comments on the publication, you must sign in.