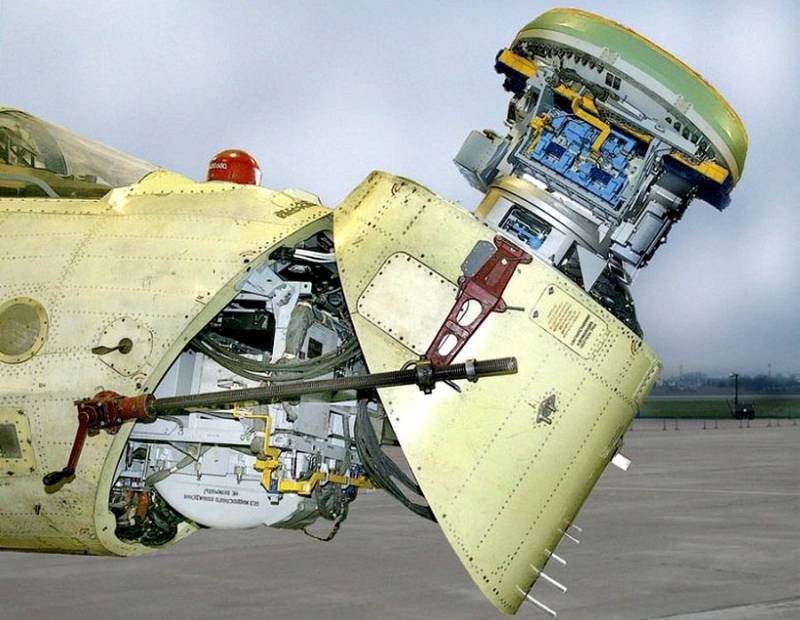 The Su-35 heavy fighter, which entered service with the Russian Aerospace Forces in 2014, is considered the world's first 4 ++ generation combat aircraft. It is equipped with a pair of AL-41 aircraft engines with a three-dimensional thrust vector and has a radar glider that reduces the cross-section. But its "highlight" was the N035 Irbis radar, which turned the Su-35 fighter into the best "invisible hunter", writes the American edition of Military Watch.


The on-board multifunctional radar with a headlamp "Irbis" X-band is installed on a two-stage electro-hydraulic drive, which rotates the antenna by 60 ° in azimuth and 120 ° in roll. Simultaneously, the device scans with the beam in azimuth and elevation in sectors exceeding 60 °. The maximum angle of deflection of the beam reaches 120 ° - this ability can boast of a few fighters.

Н035 "Irbis", unlike its predecessor - Н011 "Bars", has four rather than three discrete channels. The maximum power of the radar is 20 kW. Detection range of air targets with a radar cross-section of 3 sq. m. is 400 km. Inconspicuous targets with PRS 0,01 sq. m. are found at a distance of 90 km. The radar can simultaneously track up to 30 targets and provide guidance to eight different air-to-air missiles.

This radar station "sees" well not only air targets, but also sea and ground targets. For example, an aircraft carrier is found 200 km away, a railway bridge 120 km away, and a regular motor boat 70 km away. It has mapping capabilities and an optical-electronic guidance system OLS-35, which provides laser ranging, infrared radiation and other useful functions. When attacking targets on the surface, the radar simultaneously guides up to 4 ammunition. At the same time, he does not stop scanning the airspace, looking for familiar objects in the sky.

Radar N035 "Irbis" is considered the third most powerful in the Russian arsenal of those integrated into aircraft built for air combat, after the N036 "Belka" on the Su-57 and "Zaslon-M" on the MiG-31. At the same time, few people doubt that the N035 Irbis will eventually be replaced by the N036 Belka, the US media summed up.
Ctrl Enter
Noticed oshЫbku Highlight text and press. Ctrl + Enter
We are
MW: Forget the Su-57, the new Russian interceptor will outshine it
In the ranking of the most dangerous fighters in the Middle East, the Su-35 was in first place
Reporterin Yandex News
Read Reporterin Google News
8 comments
Information
Dear reader, to leave comments on the publication, you must sign in.