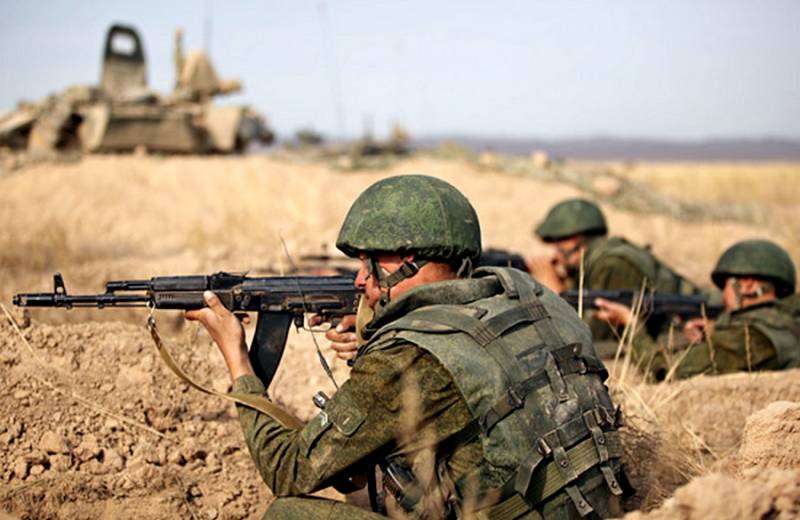 The Armenian authorities declare the possibility of increasing the military potential of the 102nd base of Russian troops on Armenian territory, which automatically means an increase in the combat power of the joint army group in the Caucasian region of collective security. He told reporters about the desire to increase the Russian military presence in Armenia RIA News head of the country's defense department Vagharshak Harutyunyan.


Moscow and Yerevan are discussing the likelihood of redeploying part of the 102nd base to the east of Armenia, taking into account the possible expansion and modernization of troops - according to the minister, this option is currently being worked out, taking into account the specifics of the military-political situation in the region by the Russian Ministry of Defense.

I am confident that this process will be long-term.
- stressed the Minister of Defense of Armenia regarding the strengthening of the military presence of Russia on the territory of the country.

Vagharshak Harutyunyan also recalled the additional functions that were assigned to the Russian border units in Armenia to ensure the security of the Armenian-Azerbaijani border.

After the end of the military confrontation between Yerevan and Baku in Nagorno-Karabakh, many representatives of the power structures of Armenia are in favor of strengthening the militarypolitical ties between Russia and Armenia, as well as the necessary assistance from Moscow in restoring the combat potential of the Armenian armed forces.
Ctrl Enter
Noticed oshЫbku Highlight text and press. Ctrl + Enter
Reporterin Yandex News
Reporterin Yandex Zen
3 comments
Information
Dear reader, to leave comments on the publication, you must sign in.