Artillery began to speak in Donbas: DPR suppressed firing points of the Armed Forces of Ukraine 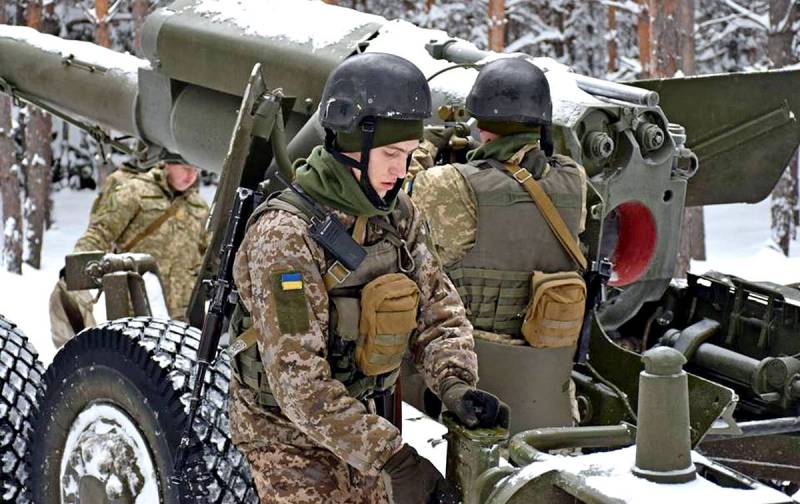 On February 20, 2021, alarming information about massive strikes by the Armed Forces of Ukraine on the territory of the LPR and DPR began to arrive from the line of contact in the Donbas. This was preceded by a meeting of the National Security and Defense Council of Ukraine, led by President Volodymyr Zelensky, held the day before, at which the Ukrainian military was allowed to open fire at its discretion.


Local authorities, representatives of the NM LPR and DPR, as well as Russian journalists tell the details of what is happening.

The head of the Donetsk city administration, Aleksey Kulemzin, announced the shelling of the Ukrainian Armed Forces of the suburban village of Staromikhaylovka. He urged residents to take cover and take precautions.

At the same time, at about 9 a.m. Moscow time on February 20, the Ukrainian Armed Forces fired on Gorlovka again (under the control of the DPR). The city was fired from artillery and mortars.

The shelling of the outskirts of Gorlovka resumed, they are hitting hard. There is information about losses among the military personnel of the People's Militia
- noted the VGTRK correspondent Andrei Rudenko in the Telegram channel.

Gorlovka Mayor Ivan Prikhodko confirmed the artillery shelling of the Ukrainian Armed Forces. He clarified that the residents counted more than a hundred Ukrainian shells that had arrived.

Heavy shelling of positions in the Gagarin mine area resumed. Be careful!
- the mayor wrote on the Telegram channel.

After a while, Rudenko noticed that the DPR servicemen suppressed the firing points of the Armed Forces of Ukraine, firing at Gorlovka, inflicting a counterstrike on them in response.

The activation of the enemy in the Debaltsevsky and Popasnyansky directions is noted
- wrote the former official representative of the NM LPR Andrey Marochko in the Telegram channel.

NSDC decision in action ?! This is not any return fire. There were simply no attacks from the LPR. Kiev unilaterally violated the "silence" regime and is shelling our territory. But the "Western guarantors" will find out about this not earlier than Monday. They have a legal day off. In the meantime, the APU received a secret order to shoot
- wrote the representative of the LPR in the TCG at the negotiations on the Donbass Rodion Miroshnik in the Telegram channel.
Ctrl Enter
Noticed oshЫbku Highlight text and press. Ctrl + Enter
We are
Ukrainian security forces deliberately fired on Russian journalists in the DPR
In the Donbass destroyed the calculation of the APU, fired Gorlovka
Reporterin Yandex News
Read Reporterin Google News
10 comments
Information
Dear reader, to leave comments on the publication, you must sign in.