Ukraine noticed the slipping of the Tu-160 modernization project 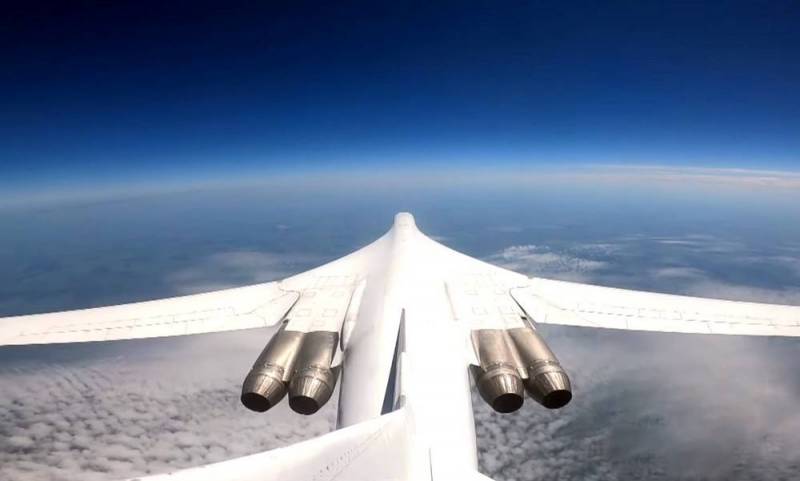 In the conditions of the vague future of the PAK DA project, the Kremlin is strenuously trying to update the available strategic aviation. The latest development and modernization work of Tu-22M3, Tu-95MS and Tu-160 is being carried out by Tupolev PJSC, which recently received a lawsuit from the Russian Ministry of Defense for breach of obligations, writes the Ukrainian portal Defense Express.


The discontent of the military is connected with the stalled modernization of the Tu-160. The Ministry of Defense is not satisfied with the pace of work. Despite the existing vertical of power and the maintenance of the illusion of great power, Shoigu's department filed a lawsuit against aircraft manufacturers for violating the terms of the ROC (code "70M 506"). The amount of the claims is 5,5 billion rubles (about $ 74 million). This intricate abbreviation hides the integration into the Tu-160M ​​(code 70M) of a new cruise missile (code 506), but the military has no complaints about the missile - it's about the "strategist".

The renovation program for the most modern 40-year-old Tu-160 in Russia, which first took to the skies back in 1981, was announced in 2015. At that time, the Kremlin had only 16 Tu-160 units at its disposal. A program was announced to resume serial production of "strategists" in the amount of 50 Tu-160M ​​units. But the contract was signed only for 10 new aircraft, with implementation dates until 2027.

At the same time, confusion began in the indices of modernization, because in 2016 an experienced Tu-160M ​​was shown for the first time at an air show, and a year later, an aircraft built from the remnants of the Soviet reserve with serial number 8-04, which was called the Tu-160M2 in the media, was rolled out from the plant in Kazan. Later it turned out that this was some other version of the aircraft, after which the Tu-160M1 was also "born".


The reason for this "diversity" is the implementation of the plan to create new aircraft simultaneously with the program of modernization of the old aircraft fleet with varying degrees of renewal and the use of various components. At present, all modernized Tu-160s differ from each other, down to the shape of the fuselage (its tail section).

It is planned that over time, all aircraft will be brought to a common configuration: NK-32-02 aircraft engines, Novella NV1.70 radar, OPB-15T Groza optical-electronic sight, Himalayas electronic warfare station, NO-70M navigation system , autopilot ABSU-200MT, airborne defense system "Redut-70M". The pilots will receive a "glass cockpit", and the arsenal will be replenished with X-101 / X-102 cruise missiles, hypersonic "Dagger" and several other types of new aircraft missiles. However, such modernization does not change the conceptual backwardness of the aircraft, which was developed according to the technical specifications formed back in 1967.

The aforementioned claim of the RF Ministry of Defense is not the first. In 2014, the department wanted to sue aircraft manufacturers for $ 300 million, but it itself withdrew the claim, and in 2018 the court left the claim for $ 13 million without consideration. In any case, the Kremlin simply has no other alternative but to pretend that everything is under control, since PJSC Tupolev (part of PJSC UAC) is the only developer of "strategists", the Ukrainian media summed up.
Ctrl Enter
Noticed oshЫbku Highlight text and press. Ctrl + Enter
We are
New weapons on the way: What is known about the anti-satellite complex "Burevestnik"
"Elbrus-32S": the government department of the Russian Federation ordered a 32-core processor
Reporterin Yandex News
Read Reporterin Google News
7 comments
Information
Dear reader, to leave comments on the publication, you must sign in.