Why did Russia need to replace the secret "Cutter" 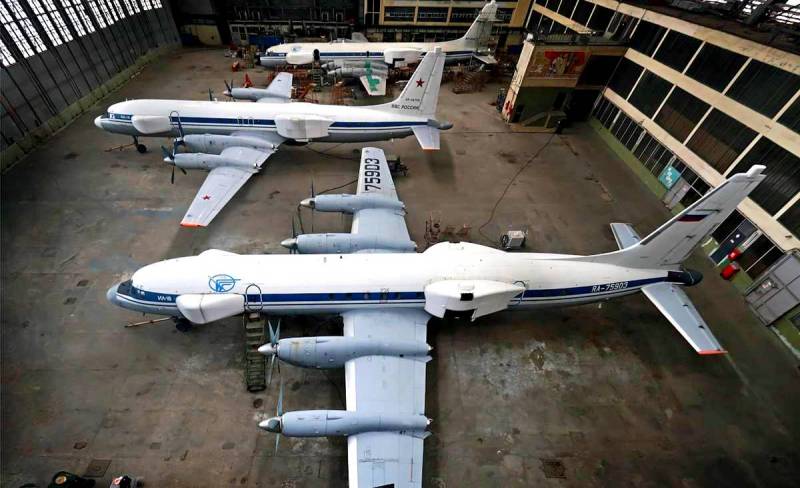 In 2014, a beautiful myth was suddenly born about how the Russian Su-24 single-handedly, with the help of an electronic warfare attack, drowned out the Aegis missile defense system of the American destroyer Donald Cook on the Black Sea. Alas, he basically could not do it, but the Russian Aerospace Forces really has a specialized aircraft that can really jam air defense systems, communications centers, reconnaissance aircraft, air command posts and tactical aircraft of the enemy, by which we mean the NATO bloc ... It is called the Il-22PP "Cutter".


In a war with such a high-tech adversary as the North Atlantic Alliance, it is necessary to be able to jam its operational communications, as well as to "put" a communication channel with space satellites that issue target designation to the troops. Due to this, it is possible to disorganize and even disrupt the offensive. This goal is achieved by establishing the frequencies used by it and their subsequent suppression by active radio interference. Work in this direction was actively going on in the 60s of the last century. An-5B-I planes were the first to receive forward noise interference stations of the SPS-12 "Fasol" family. The disadvantages of this electronic warfare complex could be attributed to the manual control mode, insufficient power and the fact that they could hit their own. V.D. Kalmykov, who headed the Ministry of the Radio Industry at that time, joked gloomily:

The only thing they can do is interfere with the work of our ministry.
The identified shortcomings were attempted to be eliminated on the modernized An-12BK-IS, which were equipped with "Barrier" radiation warning stations, "Siren-D" stations, as well as automatic dipole reflectors dropping. 105 electronic warfare aircraft were created in this modification. Also, the system of automatic jamming "Bouquet" and "Lilac" were equipped with the Soviet Tu-16P, which were removed from service in the early nineties.

Given the aging of the specialized aircraft fleet, the RF Ministry of Defense faces a very serious problem. On the basis of the Il-22 "Bizon" (an air command post based on the Il-18) in 2009 it was decided to create a new jamming aircraft, which was named Il-22PP "Porubshchik". The name immediately makes it clear what its purpose is. The secret equipment placed in the fairings on the sides is capable of jamming enemy signals without interrupting their own. The plane rises into the air, the equipment automatically finds the desired frequency and disrupts the communication channel between the transmitting and receiving technique enemy. Even one such "flying jammer" can, if not paralyze, then seriously complicate the activities of enemy troops. Unlike the Su-24, the "Cutter" with the "Donald Cook" really could cope.

But there are problems. Firstly, we have only 3 such aircraft. For comparison, the US Air Force has 15 similar jammers. Secondly, at the end of the 22s, the military was forced to re-equip on the basis of the Il-10 Bizon, which was already very old by that time. It was believed that no other aircraft can compare with air command posts in terms of flight duration and other technical characteristics. But now, even after deep modernization and overhaul, they will be able to serve at best for another XNUMX years. For this reason, the RF Ministry of Defense has now set a goal to create a completely new electronic warfare aircraft.

The main requirements for the platform are a long flight duration and a capacity that will allow all the necessary equipment to be placed on board. Three aircraft are named as contenders at once. These are the civilian Tu-214, the Il-76 military transport aircraft and even the promising Il-276 military transport aircraft. Most likely, given the need to land and take off from military airfields, the choice will be made between the two Il, and the latter may be preferred. The aircraft will occupy an intermediate link between the Il-76 and Il-112, the range of its flight will be 2700 kilometers, the cost - from 35 to 40 million dollars. It should go into the series from 2026.

Of greatest interest is the electronic equipment that will be installed on it. The new jammer will have to effectively jam not only AWACS aircraft, manned and unmanned aircraft, air defense systems, ground equipment, but also signals from the enemy's satellite grouping. To do this, the RF Aerospace Forces will need several squadrons to replace the aging before the eyes of the "Cutters".
Ctrl Enter
Noticed oshЫbku Highlight text and press. Ctrl + Enter
We are
Space shield of the Motherland: the West is not in vain afraid of Russian inspector satellites
Our response to Erdogan: What Russian systems put an end to the domination of UAVs
Reporterin Yandex News
Read Reporterin Google News
10 comments
Information
Dear reader, to leave comments on the publication, you must sign in.