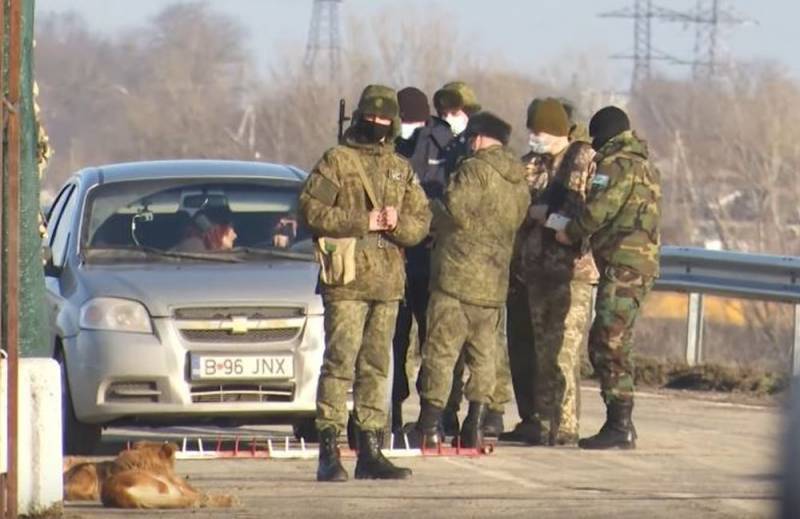 On February 9, 2021, the journalists of the Moldovan television channel TV8 Viorica Tataru and Andrei Kaptarenko deliberately carried out a provocation on the border with Transnistria. Then they tried to accuse the Russian peacekeepers of illegal actions, giving what was happening the appearance of an international scandal.


Workers of the aforementioned media are the authors of the program Dincolo de Nistru (“Dniester without Borders”). At the moment of crossing the checkpoint near the village of Gura Bykului, they were filming. The Russian peacekeepers on duty demanded to stop filming, since this is prohibited.

Moldovan journalists refused to comply with this demand. They insisted on the observance by the military of the Moldovan law on the protection of the professional activities of journalists, which says about the right to shoot videos about the life of citizens in the Security Zone.

We are located on the territory of the Republic of Moldova (Chisinau has considered this territory its own for three decades - ed.). On the crossing of the Dniester, in the village of Gura-Bykului, so-called peacekeepers blocked our way. Armed people blocked the way for the car and demanded that the footage be removed or machinery
Tetaru declared.

The peacekeepers drew attention to the fact that at the checkpoint and around the facility, the Joint Control Commission, which includes representatives of Chisinau, issued notifications about the ban on photo and video recording. They once again demanded to remove the footage, but the journalists refused to do so, deliberately creating a conflict situation.

The journalists locked themselves in the car and called the Moldovan police to the checkpoint. The JCC, the Ministry of Foreign Affairs of European Integration of the Republic of Moldova and the human rights activists PromoLex (specializing in claims to the ECHR) were also notified.

Two hours later we were released
- summed up Tetara.

Note that the appearance of such provocations on the border with the PMR, with the subsequent demonstration of videos on television, was quite predictable after the victory of the President of Moldova, Maia Sandu. This case can be considered the beginning of a future series of provocations against Russian peacekeepers in the region, because the pro-Romanian activists will not stop at one incident.

Ctrl Enter
Noticed oshЫbku Highlight text and press. Ctrl + Enter
We are
"War awaits Transnistria" - experts on the change of power in Moldova
Head of Transnistria: Chisinau must agree with the independence of the PMR
Reporterin Yandex News
Read Reporterin Google News
100 comments
Information
Dear reader, to leave comments on the publication, you must sign in.